Is diplomacy running out on Egypt-Ethiopia dispute over Nile dam?

The African Union, the UN Security Council and the Trump administration may be last best bets to stave off an Egypt-Ethiopia war. 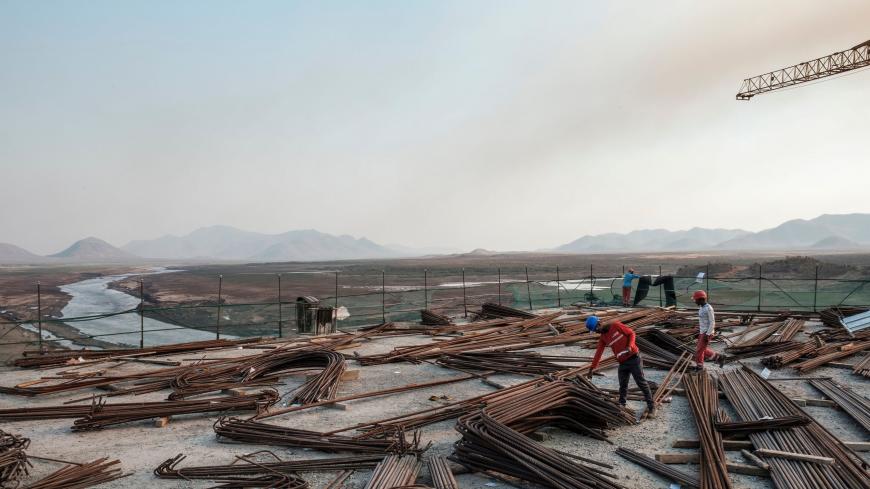 “For Egypt, the matter of the Nile is a matter of life and death,” Egyptian Foreign Minister Sameh Shoukry said in an exclusive interview with Al-Monitor in September 2019, adding, “I don’t think anybody would agree that Ethiopian development should come at the expense of the lives of Egyptians.”

Those are the stakes, as Egypt, sees it, if Ethiopia ignores Cairo’s appeals to hold off on filling the Grand Ethiopian Renaissance Dam (GERD) before an agreement is reached on how the Nile’s waters should be shared among Egypt, Ethiopia and Sudan.

After the collapse of the latest round of talks, brokered by South Africa and mediated by the African Union, the diplomatic thread is running out, and while armed conflict seems a remote possibility, it can’t be dismissed, either.

After the collapse of the talks, Shoukry said, “Any serious harm caused by the Renaissance Dam to the water security of Egypt and Egyptians is a red line, and Egypt and its apparatuses cannot stand idly by without responding to the damage caused.”

While Egypt dealt with dispute by the book — working with and through the United States, the World Bank, the African Union and the UN Security Council — in Ethiopia, the dam has become a point of nationalist pride, making it difficult for Nobel Peace Prize-winner Prime Minister Abiy Ahmed to compromise, especially as he faces unrest at home (more below).

The Blue Nile, which joins with the White Nile to form the Nile in Sudan, originates in Ethiopia. The GERD has been under construction since 2011 and is nearing completion. The dam would be the largest hydroelectric power generator in the region. The GERD would not only satisfy the energy needs of Ethiopia’s 110 million people, it would allow Ethiopia to export power throughout the region, another boost for its economy. The dam has cost nearly $5 billion so far and many Ethiopians pitched in by buying bonds to support its development.

Egypt, more than 2,000 miles upriver, is 90% desert and the Nile is the country’s only source of water; indeed, 95% of Egypt’s estimated 100 million citizens live in cities and towns along the river. Yet the Nile’s water barely meets Egypt’s needs. Reduction of those waters could be a massive hardship for its people and economy.

Egypt has suggested Ethiopia only fill the dam over 10 years, to give time to work out the technical problems of Nile water management.

Ethiopia, in contrast, says Egypt is overstating the impact of the dam, and that seasonal and climate variations make technical commitments now impractical. Addis Ababa says that another decade to work out these matters is therefore far-fetched, and  that the process of filling the dam should begin now and proceed over the next five to seven years.

Sudan, the third party to the talks on the dam, has tilted toward Egypt in being supportive of mediation to resolve the issue peacefully. But Khartoum also stands to gain from the dam. Episodic flooding, which has disrupted Sudanese agriculture, is likely to be curtailed by the GERD. And Sudan will likely be a beneficiary of the cheaper and more plentiful energy option offered by the GERD.

Less than 48 hours after the African Union talks broke down, Ethiopian Water and Energy Minister Seleshi Bekele said on state television that Ethiopia had begun filling the dam. The TV announcement included a video showing that the dam's reservoir had begun filling up.

After expressions of alarm from Cairo and Khartoum, the Ethiopian Water and Energy Ministry backtracked, saying the rise in dam water was the result of “heavy rainfall and runoff.”

The Ethiopian government, whether it had deliberately started filling the dam or not, experienced some diplomatic loss of face by the garble, as Ayah Aman reports. But the confusion reflected a capital facing massive political unrest.

The Nile dam is one among many crises Ahmed is facing, constraining his options and at a minimum causing a massive distraction for diplomacy. The prime minister, winner of the 2019 Nobel Peace Price for ending a 20-year conflict with Eritrea (more below), is under siege at home. Those who placed hope in Ahmed’s initial peacemaking, bold reforms and ambitious economic development programs have since been disappointed. Ahmed has centralized power, shut down the internet, cracked down on independent media and violently suppressed political protesters in the capital and regions calling for more autonomy. The killing of Hachalu Hundessa, a popular musician who backed Ahmed’s rise to the premiership but had become disenchanted with Ahmed’s seeming autocratic turn, brought even more demonstrators into the streets. Hundessa, like Ahmed, hails from the Oromia region; the Oromo, the largest ethnic group in Ethiopia, have felt marginalized politically. More than 230 protesters have been killed and thousands arrested over the past week.

The dispute over the GERD has spilled over into regional fault lines in the Horn and North Africa.

Egyptian president Abdel Fattah al-Sisi hosted his Eritrean counterpart, Isaias Afwerki, in Cairo on July 6-7 for talks, which included a discussion of the dam.

Less than a week after Afwerki’s visit, the Eritrean Ministry of Information released a statement that its peace deal with Ethiopia, the reason for Ahmed’s Nobel prize, had so far been a disappointment for Eritrea, adding, “Two years after the signing of the Peace Agreement, Ethiopian troops continue to be present in our sovereign territories. … Trade and economic ties of both countries have not resumed to the desired extent or scale.”

Especially given its problems at home, Ahmed can’t afford new trouble with Eritrea. Eritrea may not be looking for trouble, but Ahmed’s troubles can allow Afwerki to position itself as a mediator, with an eye to perhaps pressing Eritrea's own concerns about the 2018 peace deal with Ethiopia.

Eritrea’s ambassador to Cairo, Fasil Gebreselasie, told Ayah Aman, who has the scoop on Afwerki’s visit, that in his meeting with Sisi “Afwerki offered what’s within Eritrea’s ability to resolve the dispute over the GERD.”

The dam has created regional pressures. Egypt’s relations with Somalia have worsened over the GERD. Turkey may also view the GERD dispute as an opportunity to challenge regional rival Egypt in Africa. Turkish Foreign Minister Mevlut Cavusoglu met with the Ethiopian prime minister's special representative and former Ethiopian President Mulatu Teshome Wirtu this week in Ankara, and they likely shared views about the dam.

Could Trump administration help close the deal on the GERD?

With the African Union is expected to call a meeting on the GERD next week, as Rasha Mahmoud reports, Egypt seems well positioned to hold the diplomatic high ground, at least for now. A return to the Security Council is also likely. And there is also an opening for the United States.

US President Donald Trump got involved in mediation of the GERD dispute at the request of Sisi in September 2019. US Treasury Secretary Steven Mnuchin worked out an agreement with the three parties and the World Bank in February, but when it came time to sign, Ethiopia never showed up.

No other country can match the United States with such well-established and close ties with both Egypt and Ethiopia. And the United States is already invested in the process. US Ambassador to the UN Kelly Craft said June 29 that finalizing an agreement on the GERD still is a priority of Trump and his Cabinet.

It deserves the administration’s attention. The impact of an agreement on the GERD will be substantial for water usage and energy consumption not only for the three countries, but for Africa more broadly. And better to invest diplomacy in preventing a war, rather than ending one.