Nile dispute no closer to being resolved, despite African Union mediation

Agreement between Ethiopia, Egypt offers prospect of more talks but no clear pathway to resolution. 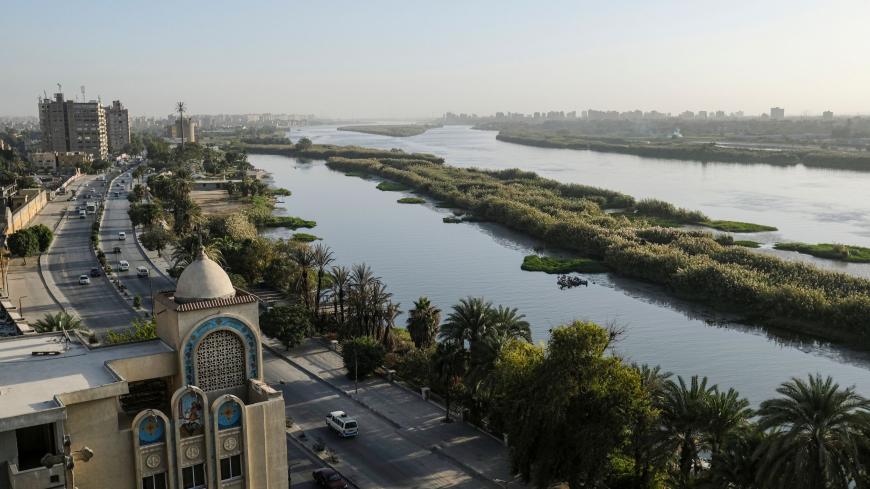 The Coptic Orthodox Church of St. George and its adjacent service building overlooking the Nile River in Cairo's southern suburb of Kozzika are seen Nov. 26, 2019. - AMIR MAKAR/AFP via Getty Images

Last week, we asked if time had run out for diplomacy to resolve the dispute between Ethiopia and Egypt over the Grand Ethiopian Renaissance Dam (GERD).

The good news is that there is still some thread left, at least for now, thanks to an agreement brokered by South African President Cyril Ramaphosa and the African Union.

But the emphasis here is on “for now,” and probably not for long, as the issues separating Egypt and Ethiopia are no closer to being resolved despite the African Union initiative.

At best a pause …

Although Ethiopian Prime Minister Abiy Ahmed heralded the African Union statement as a “major common understanding which paves the way for a breakthrough agreement” on the Nile dispute, that might be a stretch.

The African Union statement is, at best, a welcome opportunity for a diplomatic reset. It contains language allowing both sides to walk back from the escalatory exchanges last week, save some face and keep talking.

For example, Egypt wants a "binding" agreement on filling and using the dam; Ethiopia prefers a "comprehensive" agreement that defers such commitments. You can find both "comprehensive" and "binding" in the African Union statement. And nothing in the statement addresses the gap on the timetables for filling the dam — Egypt wants the dam filled over a decade, Ethiopia in five to seven years.

Abiy’s government, which is facing a firestorm of protest at home, sparked the latest round of crisis over the dam this month when Ethiopian Water and Energy Minister Seleshi Bekele said on state television that Ethiopia had begun filling the dam. After protests from Cairo and Khartoum, the ministry backtracked, saying the rise in dam water was the result of “heavy rainfall and runoff.”

In his statement this week, Abiy said that the “current rainfall and runoff situation in the region have made it conducive to fill the dam,” meeting Ethiopia’s first-year objectives for the GERD.

For Egypt, rainfall or not, the bottom line is that Ethiopia went ahead and started filling the dam, without an agreement among the parties.

“The stakes for Egypt couldn’t be higher,” Nabil Fahmy, a former Egyptian foreign minister and author of "Egypt’s Diplomacy in War, Peace and Transition," told Al-Monitor.

“The Nile is Egypt’s lifeline and only substantial water source for agriculture and economy,” he said. “Cooperation and coordination is the only rational approach, but the probability of a mutually agreeable negotiated solutions seem to be dwindling as unilateral steps to fill reservoir and dam construction continue in the absence of trilateral binding agreement on water management and dispute resolution.”

The impact of a reduction in Nile water on Egypt’s agriculture could be severe, according to several reports. Hani Sameer reports here on a study that speculates that the area of ​​agricultural lands in Egypt could contract by as much as 46% depending on how much the water flow is lessened as a result of the Ethiopian dam.

Egyptian journalists have launched an online campaign to support the government’s case on Egypt's right to the Nile waters and the threat the dam may pose, as our correspondent in Cairo reports here.

"Art of the deal" still possible on the GERD?

In sum, the African Union agreement is a positive development; it buys time and the mediated talks are exactly the right path. This structure serves to crowd out such ill-timed statements as when a senior Ethiopian officer made a vague military threat toward Egypt in June, as Al-Monitor reported here.

The Trump administration is not a disinterested party. After Egyptian President Abdel Fattah al-Sisi asked for US President Donald Trump’s help with the then-stalled negotiations in September 2019, US Treasury Secretary Steven Mnuchin brokered an agreement with the three parties (Egypt, Ethiopia and Sudan) and the World Bank. But in February, when it came time to sign the final memorandum of understanding, Ethiopia never showed up and never signed.

Abiy’s government worries that the Trump administration is biased toward US ally Egypt in the negotiations. Foreign Policy reports that “several US officials said that the Trump administration could move forward with aid cuts to Ethiopia if negotiations hit another impasse and the sides can’t reach a final deal.” Ethiopia received $824.3 million in US assistance in 2019, with $497.3 million of it humanitarian aid.

There may be some understandable pique that Ethiopia bailed on the final agreement after months of negotiation with such high-level US engagement. The Trump administration may be looking for levers if it gets involved again.

Abiy said, “Ethiopia is committed to a balanced and win-win negotiation that ascertains the Abbay River [or Blue Nile, a major tributary of the Nile] will benefit all the three countries.”

Exactly right. Cairo, for its part, has been playing it by the book diplomatically, working with and through US, World Bank and African Union mediation. Ethiopia is rightfully proud of the GERD, which costs nearly $5 billion, and excited about its potential to recast Ethiopia as an exporter of electricity.

Neither Egypt nor Ethiopia should come up short; a win-win seems more than possible by keeping on these diplomatic tracks.

As we wrote here last week, “The impact of an agreement on the GERD will be substantial for water usage and energy consumption not only for the three countries, but for Africa more broadly.” The United States has a diplomatic investment and stake in the outcome. Trump and Sisi spoke again this week about the dam, as Bryant Harris reports. The African Union bought some time; it shouldn’t be squandered.