After years of obstructing Barack Obama’s efforts to close Guantanamo Bay when he was president, House Democrats have reversed course and are quietly trying to clear the way for Joe Biden to close the notorious detention facility should he win the presidential election in November. 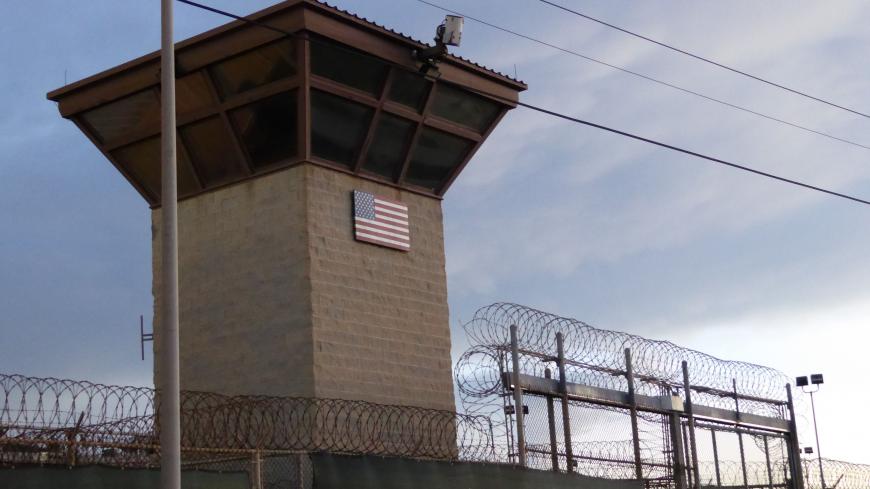 The main gate at the prison in Guantanamo is seen at the US Guantanamo Naval Base on Oct. 16, 2018, at Guantanamo Base, Cuba. - SYLVIE LANTEAUME/AFP via Getty Images

After years of obstructing Barack Obama’s efforts to close Guantanamo Bay when he was president, House Democrats have reversed course and are quietly trying to clear the way for Joe Biden to close the notorious detention facility should he win the presidential election in November.

Notably, Democrats dropped key restrictions on the White House’s authority to close Guantanamo Bay from the fiscal year 2021 defense spending bill despite keeping the language in prior years’ government funding packages. And Republicans aren’t letting the restrictions go without a fight.

“There’s actually an election coming up,” said Rep. Andy Harris, R-Md. “There could be a new administration coming in, and on its first day say we’re closing Guantanamo Bay. And Congress has the opportunity right now to take a position on that.”

Rep. Mario Diaz-Balart, R-Fla., failed to put the restrictions back into this year’s defense bill in a 24-28 vote. The House Appropriations Committee ultimately advanced the legislation — without the restrictions — in a 30-22 party-line vote Tuesday.

The Diaz-Balart amendment would have blocked a potential Biden administration from closing the US base, located in Cuba. It would also curtail the White House’s ability to transfer detainees out of the facility, which was the Obama administration’s preferred tactic in its bid to close the prison in the face of bipartisan opposition.

Why it matters: President Donald Trump has abandoned Obama’s practice of transferring detainees out of the prison, but he has not added more detainees despite his 2016 campaign pledge to do so. Conversely, former Vice President Biden told The New York Times last month that he still supports closing Guantanamo Bay.

Throughout the Obama administration, Democrats joined Republicans to pass restrictions hindering the White House’s efforts to close the base. Even progressive stalwarts such as Sens. Bernie Sanders, I-Vt., and Elizabeth Warren, D-Mass., voted against easing the restrictions in 2013.

That changed when Democrats won the House in the 2018 election.

“The committee does fund the prison, and we have asked for report language seeking to bring down the extraordinary costs in future years,” defense spending panel Chairman Pete Visclosky, D-Ind., said ahead of Tuesday’s vote. “Each of those 40 individuals at Guantanamo are costing the American taxpayers about $10 million per year.”

Most of the prisoners are from the Middle East.

The House Armed Services Committee led the way last year and attempted to drop the restrictions from last year’s defense authorization bill. But the Republican-held Senate won out and maintained the restrictions in the compromise bill, which Trump signed into law in December.

What’s next: Senate Republicans will likely seek to keep the Guantanamo restrictions in this year’s defense spending and authorization bills, particularly if Biden wins the election. It remains unclear how hard House Democrats are willing to fight to keep the restrictions out of this year’s compromise legislation amid the myriad of other partisan flashpoints they’ll need to address with the Republican Senate.