Congress revives bid to pull US out of Yemen war

The Democratic-held House is taking another stab at ending US support for the Saudi coalition’s war against Yemen’s Houthis. 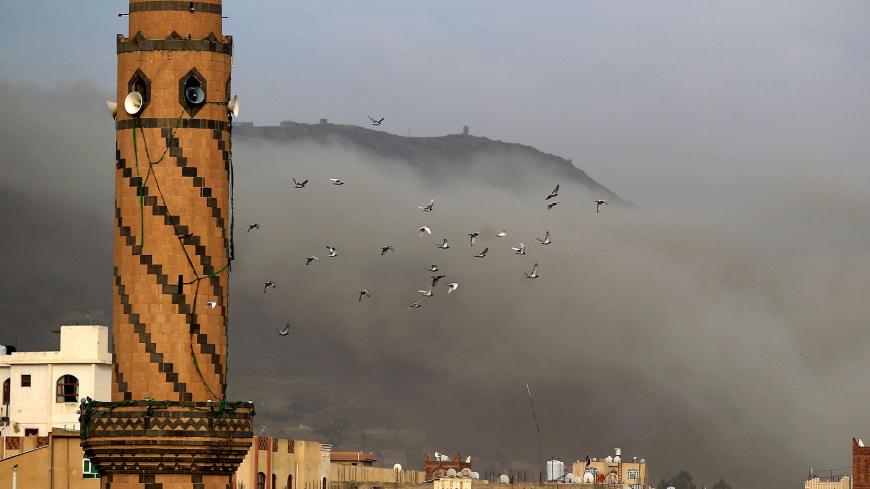 Smoke billows following an airstrike by Saudi-led coalition in the Yemeni capital, Sanaa, on June 16, 2020. - MOHAMMED HUWAIS/AFP via Getty Images

The Democratic-held House is taking another stab at ending US support for the Saudi-led coalition fighting Yemen’s Iran-backed Houthi rebels.

The House Armed Services Committee voted 31-25 Wednesday to add language to a key defense authorization bill that would ban the Donald Trump administration from using funds to provide the Saudi coalition with logistical support in its war against the Houthis.

Rep. Ro Khanna, D-Calif., introduced the amendment, which mirrors a provision he introduced last year to pull the United States out of the Yemen war. Rep. Matt Gaetz, R-Fla., was the lone Republican to join Democrats in voting for the amendment.

“Two years ago, a similar amendment to end US refueling of Saudi-led coalition planes only received 19 votes,” said Geo Saba, Khanna’s legislative director. “We will work tirelessly to keep it in the final bill as it moves to conference in an effort to help bring an end to the war.”

Khanna’s legislation — alongside another provision he added to defund any offensive military action against Iran — proved to be a major obstacle in negotiations with the Republican-held Senate to arrive at a compromise defense bill last year. House Armed Services Committee Chairman Adam Smith, D-Wash., ultimately agreed to drop the provision from last year’s bill amid opposition from the White House and Senate Republican leaders.

The Khanna amendment all but ensures another showdown with the Senate over the Yemen war, as the upper chamber’s version of the legislation is unlikely to include any similar restrictions.

“A bipartisan majority of the US Senate has already voted three times … to halt all US military support for the Saudi-led war in Yemen,” Sanders said on the Senate floor. “It is time for us to do that again. This time not just in words, but in action: No money going toward US participation in this horrible war, which is destroying a nation of some of the poorest, most desperate people in the world.”

Khanna and Sanders led the respective efforts in the House and Senate to pass legislation last year intended to end US support for the Saudi-led coalition pursuant to the 1973 War Powers Act.

The House voted 247-175 and the Senate voted 54-46 to pass the Yemen war powers resolution last year. However, Congress did not have enough votes to override President Trump’s veto.

Trump has already threatened to veto this year’s bill over other bipartisan provisions to rechristen US military bases named after Confederate leaders.