By escalating military operations against Riyadh, the Houthis are seeking to build themselves a position of strength for public negotiations with Saudi Arabia. 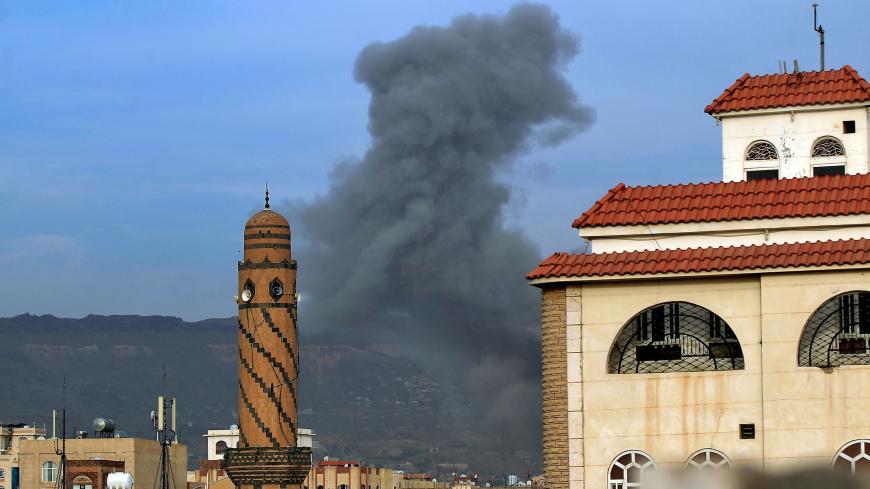 Smoke billows following an airstrike by the Saudi-led coalition in the Yemeni capital Sanaa, on June 16, 2020. - MOHAMMED HUWAIS/AFP via Getty Images

Yemen's Ansar Allah, also known as the Houthis, takes two approaches to its relationship with Saudi Arabia. Informal negotiations between the two sides started first, paving the way for the Houthis to recently announce their desire for direct dialogue with Saudi Arabia in Riyadh, provided that it's public. At the same time, Houthi missiles and drones still penetrate Saudi airspace.

The informal negotiations between the Houthis and Saudi Arabia in Jordan were revealed in late September 2019. On June 13, the Houthis announced willingness to head to Riyadh and stop the Yemeni war that has been going on for over five years via a public dialogue with the Saudi-led Arab coalition on a comprehensive cease-fire.

Mohammed Ali al-Houthi, a member of the Houthi Supreme Political Council, told the BBC on June 13, “We have no restrictions or an agenda that we fear will be exposed, and we are ready for a public dialogue with the aggression countries to reach a cease-fire and lift the siege that this coalition imposed on Yemen’s land, sea and air five years ago.”

On June 23, only 10 days after calling for dialogue with Riyadh, the Houthis carried out an air attack with ballistic missiles and drones on various locations in Saudi Arabia, saying it was in response to the ongoing siege on Yemen. The Houthis announced that the attacks had achieved their objectives by hitting military targets, while Riyadh said it had intercepted the missiles.

On March 30, Saudi Arabia had called for direct dialogue in Riyadh, but the Houthis rejected the invitation, saying that Riyadh was a partner in the aggression against Yemen and could not sponsor both the war and reconciliation at the same time. Saudi Ambassador to Yemen Mohammed al-Jaber had noted that while the proposal for talks to end the five-year war is still on the table, the Houthis have not yet responded to that offer in making their own.

Saudi Arabia has yet to comment on the Houthis’ recent call for direct dialogue in Riyadh.

Member of the Houthi political bureau Ali al-Qahoom told Al-Monitor, “The door to peace is open, but Saudi Arabia is seeking to close it by escalating airstrikes on Yemen.” He added, “We want real peace and we have made initiatives, but Saudi Arabia is not responding to them.”

Qahoom pointed out, “Our missile operations and drones will carry on should the aggression and siege on Yemen continue, and will only stop when Saudi Arabia ceases to commit massacres and kill the Yemeni people.”

Both the Houthis and Saudi Arabia have often expressed willingness to sit down for talks to end the war in Yemen, but the statements are belied on the field, where airstrikes and military confrontations have been ravaging the country for over five years, leaving it with the worst humanitarian crisis in the world.

Abdel Salam Mohammed, head of the Yemeni think tank Abaad Studies and Research Center, told Al-Monitor, “As much as the Houthis have played on contradictions since the beginning of the war in 2015, they are also taking advantage of opportunities. This is why they claimed to accept dialogue with Saudi Arabia in Riyadh while still launching missile and drone attacks.”

Mohammed added, “[Houthi leader Abdul-Malik] al-Houthi is not looking for peace but rather victory, and he wants through this call to assert that this is a Yemeni-Saudi war, not a Yemeni-Yemeni one.”

The Houthi call for dialogue with Saudi Arabia came as the conflict intensifies between the government backed by the Yemeni Congregation for Reform (the Muslim Brotherhood in Yemen) and the Houthis over the oil and gas-rich province of Marib. Some observers are convinced that the Houthis made this call thinking they could get a hold of Marib without great material and human losses, with government forces desperate to defend this city.

As Houthis increase pressure around Marib, the allied Sabaeans tribe inside the province opened a new front in Wadi Obaidat June 28.

Mohammed noted, “If Saudi Arabia does not review the mistakes committed by the coalition, such as the UAE’s support for the separatists in southern Yemen, the war in Yemen will get out of control and chaos could prevail, forcing it to sit down with the Houthis in a public dialogue. It would have to admit its defeat in Yemen in an attempt to escape this quagmire, exacerbated by the policies of the UAE, which clash with the coalition's declared objectives to restore the state and end the Houthi coup.”

Tension between Saudi Arabia and the UAE has escalated after the UAE-backed separatists declared self-rule in southern Yemen on April 26. On June 21, the separatists seized the island of Socotra, further complicating the dispute between the nominal allies in the fight against Houthis.

By escalating their military operations against Riyadh, the Houthis are seeking to create an environment suitable for serious and public negotiations with Saudi Arabia to end the war, but crucially, to first be recognized as an authority and a significant military power in the region.

That Mohammed Ali Houthi, one of the most prominent Houthi figures, was the one to express the desire to negotiate is a reflection of the changes on the ground and the group's control of more areas in the governorates of Al-Bayda and Marib, as well as the corresponding decline in the influence of the government in south Yemen and Socotra. By targeting Saudi Arabia, the Houthis aim to compel Riyadh to accept negotiations with them from a position of strength, acknowledge their right to represent northern Yemen and recognize them as a de facto authority. 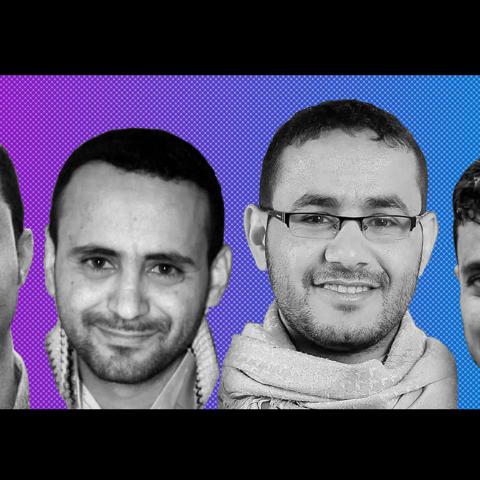