Turkish lawmakers are considering a bill to empower the country's controversial neighborhood watch in what critics say is a ploy to give the president a vigilante force under his direct control. 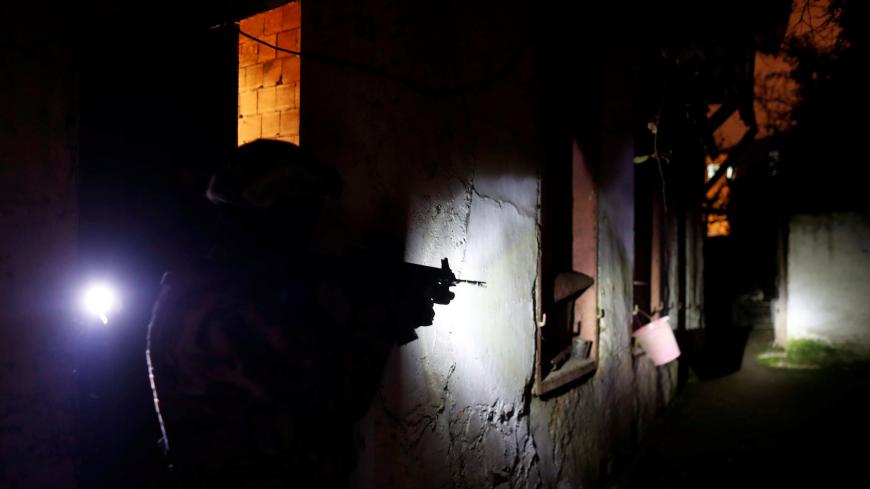 Turkey's parliament will resume debating a controversial bill this week augmenting the powers of a neighborhood watch force that critics charge is linked to President Recep Tayyip Erdogan’s ongoing efforts to stamp out all dissent and cement one-man rule.

If the legislation is adopted, an existing force of around 28,500 neighborhood watchmen will have the right to frisk citizens, demand identification, search their cars and use their weapons and force if needed. The vagueness of their expanded mandate, which includes “preventing crimes” and “preventing public gatherings deemed to disrupt public order” as well as “locating” individuals wanted by the police, has raised alarm. The bill says the implementation of its articles fall directly under the authority of the president.

Opposition lawmakers have sought to block its passage but to no avail thus far. Erdogan’s Justice and Development Party (AKP) and his far-right allies from the Nationalist Action Party have 340 seats between them in the 600-member legislature, enough to pass the law unimpeded. Some seven of its 18 articles have already been adopted. Watchmen, a formerly benign force, have been deployed for decades but their numbers have been rising in recent years.

Cihangir Islam, an independent in the Turkish parliament, said, “The watchmen are going to be a third armed force responsible for internal security alongside the police and the gendarmerie, as in closed and tough regimes, where intelligence and armed forces exist to keep each other in check.” Islam continued in an interview with the news site Diken, “The prevailing worry is that its purpose is not so much to provide security for citizens as to keep them under control.”

Another is that the force will take it upon itself to police morals. “Who knows, maybe that’s what is wanted of them,” Islam speculated.

Turkey’s hard-line Interior Minister Suleyman Soylu said in a June 4 speech that moves to empower the neighborhood watchmen were inspired by the president.

Soylu said that Erdogan had told him that he wanted “to hear the whistle of the watchman when I am in bed. I want my citizens to be assured when lying at home in their beds to do so in peace, in the knowledge that someone is guarding over them in the street."

"We took this as an order and began our work," Soylu recalled.

In its dissenting opinion seen by Al-Monitor, the opposition People's Democratic Party (HDP) noted that Soylu’s comments proved that “we are living under a regime where a single man’s words become law.”

The HDP catalogued abuses perpetrated against citizens by the watchmen. They include the March 28, 2018 kidnapping of a 19-year-old girl in the mainly Kurdish town of Derik and drawing a gun on a man in Diyarbakir’s Baglar district on Sept. 11, 2019 and “torturing him in the middle of the street.” The HDP warned that broadening their license would only encourage the auxiliary force to commit further abuses.

Murat Somer, a professor of political science at Istanbul’s Koc University, sees parallels with Iran’s much-feared Basij, the brutal paramilitary volunteer militia formed by Ayatollah Ruhollah Khomeini used to quell social unrest and to serve as the eyes and the ears of the regime.

Somer told Al-Monitor in emailed comments, “From Iran’s Basij to Venezuela’s Colectivo, authoritarian regimes are known to establish security forces outside of more regular military and police forces. These are considered less controllable by regular state forces and more loyal to the person or party in power. It is not credible that the law’s real aim is fighting crime, as the government claims; if it were true, it would make more sense to recruit more police and require longer training for the [existing] watchmen.”

Turkey, by the government’s own admission, has plenty of policemen as it is. In EU member countries there is one police officer for every 314 people. As of 2019, Turkey had one for every 211, Soylu disclosed in response to a question tabled by a main opposition Republican People’s Party lawmaker.

Somer reasoned there may be a link between the watchmen law and Erdogan's waning poll numbers amid an economic slump that has been sharpened by the COVID-19 pandemic.

Several pollsters suggest that support for Erdogan and the AKP has slipped to around 30% from highs of more than 50%. In its May 2020 survey, Metropoll said 54% of respondents said their living standards had deteriorated over the past year. Around 44% said they believed the economy would get worse in the coming year.

This gloomy picture has put Erdogan and his allies on edge.

Somer said, “Intriguing recent statements in the Erdogan-controlled media seem to be aimed at intimidating the opposition with the specter of heavily armed and violent pro-Erdogan vigilantes. All this gives rise to fears that the incumbent may not allow a peaceful rotation of power through elections.”

A series of government procurement tenders announced by the Security Directorate for the month of June and published on May 27 has done little to allay such concerns. The list includes 5,000 hand grenades, 44,000 collapsible batons and one million rubber bullets.

Somer contended nonetheless that "while it is clear that the Erdogan government or elements within it have long been pursuing authoritarian regime-formation through such policies and others, they may not have the necessary cadres, vision if not the ambition, and power to achieve this goal." Moreover, Erdogan "is faced with splits and growing dissent within his own party, increasingly beholden to his junior [far Right nationalist] coalition partner, and challenged by diminishing public support, a divided but highly dynamic opposition and a well-established tradition of popular sovereignty exercised through elections."

This article has been updated since initial publication.