Minorities in Turkey on edge amid threats, attacks

Vulnerable groups have faced intimidation or worse in recent weeks in what both the government and the opposition warn are efforts to stoke conflict, though they disagree on who’s to blame. 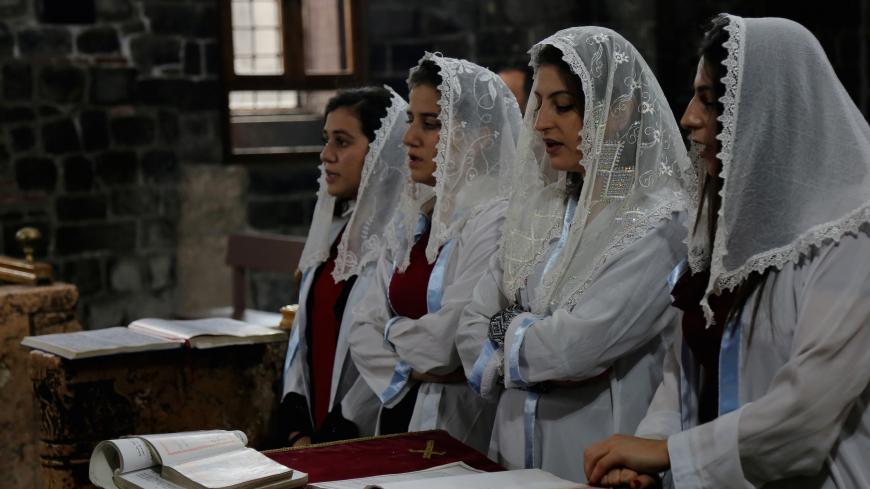 ISTANBUL — Ethnic and religious minorities in Turkey are on edge after a series of threats and attacks, with both government officials and their critics warning society’s most vulnerable are being targeted to foment strife.

Kurds, Christians and others have all faced intimidation or outright violence in recent weeks in what appear to be mostly unrelated incidents. Yet they coincide with growing economic uncertainty and political tensions wrought in part by the coronavirus pandemic that has killed more than 4,500 people in Turkey and hammered the economy.

Conflicting reports about the motive behind the stabbing death of a 20-year-old Kurd in Ankara has stoked anger on both sides of the divide in Turkey. Members of Baris Cakan’s family initially said a group of men stabbed him in the heart for listening to Kurdish music. His father then said a dispute between Cakan and his killers erupted when he told the group to turn down their music during the call to prayer. Three men have been arrested in the probe.

Fahrettin Altun, a senior adviser to President Recep Tayyip Erdogan, tweeted that allegations Cakan was killed for listening to Kurdish music were “an ugly perception operation” and that a recent spate of “fake news” revealed a “systemic campaign” to tarnish security forces and harm national unity.

Separately, Altun expressed sadness that an Armenian church was vandalized last week, which he also said sought to undermine social cohesion. It was the third attack on an Armenian church in one month, and a suspect who allegedly set fire to a church gate earlier in May told police he was angry because he believed Armenians were responsible for the coronavirus outbreak.

The Hrant Dink Foundation, which was named for the assassinated Armenian-Turkish journalist and promotes human rights and reconciliation between Turks and Armenians, received death threats last week, some of them directed at Dink’s widow. Two people have been detained in connection with the menacing emails.

“It is not a coincidence that these events have followed one after the other. I don’t have evidence they are an organized effort, but I believe they are the result of the polarizing rhetoric used by the most senior members of government,” Tuma Celik, an opposition lawmaker who is Christian, told Al-Monitor.

Celik pointed to comments last month by Erdogan, who said that “Armenian and Rum lobbies” were among “evil forces” plotting against Turkey. (Rum is a term used for Turkey’s ethnic Greek citizens and Greek Cypriots.) Erdogan also called militants in the outlawed Kurdistan Workers Party “remnants of the sword,” a derogative term for survivors of the World War I-era genocide of Armenians.

Turkey’s chief rabbinate, the Armenian Patriarchate and the Greek Orthodox Ecumenical Patriarchate all called for legal action against a magazine that published slurs against their communities last month. The magazine is owned by Albayrak Media Group.

“If those media outlets that are closest to the government engage in hate speech and are not punished or even warned … their impunity will trigger acts of hate,” said Celik, a deputy for the People's Democratic Party (HDP), whose base is largely Kurdish.

Other recent statements and acts against minorities include a pronouncement by the head of the state’s religious affairs directorate in April that homosexuality brought disease and corruption. Yazidis, who number fewer than 1,000 in Turkey, saw graves desecrated in March. Last month, a mob attacked the funeral of Ibrahim Gokcek, an Alevi musician in a leftist folk group who was jailed on terrorism charges. He died after a hunger strike before a verdict was reached in his case.

Kurds, who make up 20% of the population, have been subject to a “deliberate” clampdown by authorities since the novel coronavirus outbreak, alleged HDP lawmaker Dirayet Dilan Tasdemir in a parliamentary motion submitted Tuesday. The motion called for the legislature to investigate several incidents including Cakan’s killing and allegations this week that police had abused a suspect in the killing of a police officer in the mainly Kurdish city of Diyarbakir.

On Sunday, an aide to a lawmaker from the Nationalist Movement Party, the junior partner in a coalition with Erdogan’s ruling party, tweeted photographs of the suspect in police custody, including an image showing him on the floor without clothes while someone stepped on his back, lauding treatment of what the aide said was a “traitor dog.”

The post was later deleted and the Interior Ministry rejected accusations such treatment amounted to torture, saying “proportional force” had been used during a strip search and the suspect still had his underwear on.

“Since the start of the pandemic [in Turkey] in March, the attacks on … Kurdish citizens are not discrete, but carried out in a deliberate and systematic way, and the policy of impunity has once again legitimized them,” Tasdemir said, according to an emailed copy of the motion.

Rusen Cakir of the independent news site Medyascope said the string of events may be unconnected but that official explanations have failed to address “the indignation they have roused” and “eliminate the fears of those who feel alienated."

Cakir said on his program on Monday, “There are elements who seek to threaten Turkey’s internal peace, which is already extremely fragile, by attacking or threatening those whose numbers are small, including Christians and Kurds.”

Turkey has a long history of striking out at minority groups during periods of political tension, both domestic and foreign. In 2007, Dink was gunned down outside of his office in a crime still shrouded in mystery. The trial of state officials accused of complicity continues to this day.

Some analysts are warning the incidents may be aimed at harming Erdogan as much as the groups who are targeted. The recent hostility occurs amid speculation, including from the president himself, that some may be hoping for another military coup in Turkey.

The unrest is reminiscent of what Turkey saw more than a decade ago, when hard-line nationalists targeted non-Muslims to undermine the government’s efforts to join the European Union, wrote Murat Yetkin, who runs the Yetkin Report news analysis site.

“With the economy in a serious squeeze, it’s not clear how Turkey will be impacted by the global uncertainty caused by COVID-19, and relations with the West are at another crossroads. This means there is a chance to realign and develop relations with the EU. Attacks and threats on non-Muslim citizens are increasing at this turn,” Yetkin wrote. “The developments pave the way for suspicions that another process has started.”

Correction: July 27, 2020. An earlier version of this article mistakenly stated that Albayrak Media Group is run by the family of Berat Albayrak.