Grappling with economic strains that might grow worse down the road, Turkey’s president faces an early election conundrum. 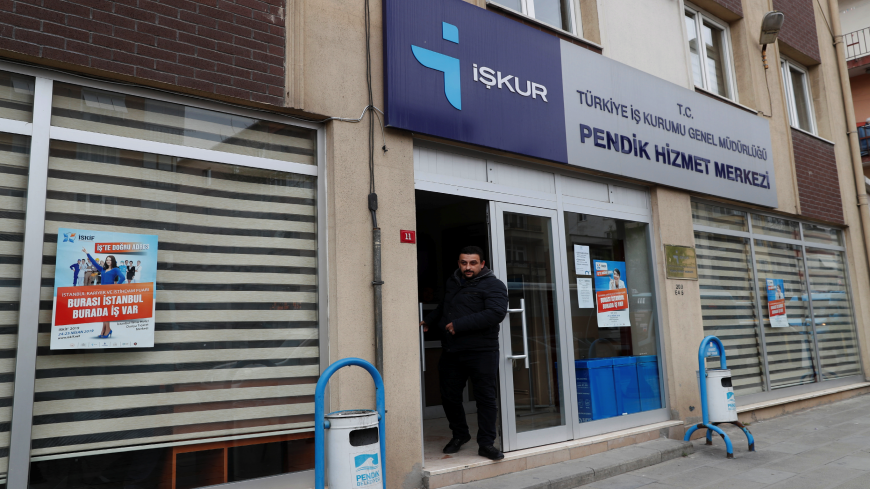 Turkey’s economic woes, compounded by the coronavirus pandemic, are increasingly forcing President Recep Tayyip Erdogan to consider early elections, leaving him stuck between pressure to reassert his leadership and fear of losing.

The next presidential and parliamentary elections are three years away, but talk of early polls is already abuzz amid the bruising impact of the pandemic. Many observers reckon that waiting for 2023 could augment the risks for Erdogan, who is facing an opposition enlarged by splinter movements from his Justice and Development Party (AKP).

Turkey plunged into economic turmoil in mid-2018, shortly after Erdogan was reelected under a new governance system that concentrated power in the president’s hands. The Turkish economy, which grew only about 1% last year, was still fragile when the coronavirus hit in March and was probably bruised worse than many other economies.

Ankara failed to offer support packages of the scope that other governments introduced to cushion the blows of the pandemic. Its measures focused largely on facilitating access to credit, i.e., borrowing means, and offered little to the worst-hit groups, including the jobless — whose number is estimated to have hit some 13 million — and small businesses and farmers, who needed mostly cash support and grants.

As a result, popular discontent has grown and grievances have become louder. The mounting political threats to the AKP stem also from two new opposition parties founded by ex-premier Ahmet Davutoglu and former economic tsar Ali Babacan, who quit the AKP last year.

Erdogan and his de facto ally, the Nationalist Movement Party (MHP), are well aware that the risks could grow further down the road. Would Erdogan sacrifice his remaining three-year mandate and opt for early polls to reassert his grip on power before his popular support erodes even more? The economic crisis is forcefully imposing that. Waiting for 2023 is widely seen as running the risk of an inevitable defeat.

Recent opinion polls suggest that winning early elections would be already an uphill battle for the AKP-MHP alliance. The government is busy with moves to bully, intimidate and disable the opposition, but this seems to backfire with the electorate at a time when opposition mayors have won much plaudit with their response to the pandemic. Even AKP supporters in the business world recognize the need to restore stability and domestic and foreign confidence in Ankara. And early elections are the only way to secure that.

Turkey’s staggering unemployment numbers illustrate how hard it is becoming for the government to manage the pandemic-hit, shrinking economy.

According to official statistics released June 10 and covering the first two months of the pandemic, the country’s unemployment rate dropped 0.9 percentage points to 13.2%, or some 4 million people, over a year. Yet zooming deeper into the figures and beyond the narrow definition of unemployment reveals a different picture with nothing to celebrate.

The statistics show the labor force totaled 877,000 people less from the pre-pandemic level. The decrease stemmed from 620,000 people who lost jobs but stayed at home instead of looking for new jobs, as well as 257,000 people who were already jobless and did the same. Jobless people who are not active job seekers are not counted in the labor force, which, in this case, led to a lower unemployment rate.

A more realistic picture can be derived through the broad definition of unemployment. Turkey’s unemployment rate jumps to 23% and the number of jobless to almost 8 million when nearly 4 million jobless people not looking for jobs, apparently because they have lost hope, are factored in.

Moreover, there is another group of some 4 million people who were forced out of work but not officially laid off due to a temporary ban on layoffs as part of measures against the pandemic. Since their job contracts were not formally terminated, they appear as employed in the official tally, while receiving some payments from the Unemployment Insurance Fund under a six-month facility. How many of them could return to their jobs in the coming months remains unknown, but currently they remain out of work. When this group, too, is counted in, the number of jobless rises to 12-13 million, while the unemployment rate hits 39-40%.

DISK, one of Turkey’s main confederations of trade unions, released a similar estimate this week, based on calculation methods used by the International Labor Organization.

In sum, up to 13 million people have faced severe financial distress, and, with their families included, this makes a giant segment of anxious voters who could think of nothing but their livelihoods.

Turkey’s credit-reliant companies, especially those indebted in hard currency, are also under severe strain. The government wants banks to keep the companies afloat, obliging public lenders to do so and pressuring private banks to follow suit. In May, the loan volume was up nearly 29% from a year ago, but lending continues to be pumped up despite risks to the financial system.

On June 1, Ankara announced an expansive loan incentive scheme via public banks in a bid to stimulate consumer demand and economic activity. Most restrictions on business and travel were lifted on the same day, despite worries that the risks of the pandemic have yet to abate.

Amid the economic downturn, the treasury’s annual deficits have grown to 145 billion Turkish liras ($21.2 billion), increasing the public debt stock and the financing needs to roll it over. Meanwhile, foreign investors continue to flee Turkey at a time when the country badly needs external funds. The outflow of foreign capital has reached nearly $10.5 billion in the first half of the year. Tourism revenues, meanwhile, have virtually dried up, coupled with a sharp decline in exports. As the rollover of short-term external debts is becoming more difficult, the government has introduced a series of restrictions on imports and other measures to curb the demand for foreign exchange and prop up the embattled lira.

While trying to walk this economic tightrope, the government is hard-pressed to refresh popular confidence, which makes its balancing act even more difficult. Early polls are the way to win a fresh vote of confidence, but not without running the risk of defeat.

Following its successful strategy in last year’s local polls, the main opposition Republican People’s Party has signaled it will seek a broad electoral alliance again, probably by adding Davutoglu and Babacan to its allies. Such signals seem to further incense Erdogan, who is already making moves to hamper the opposition. The AKP-dominated parliament stripped three opposition deputies of their seats last week amid rising tensions in the legislature, including physical brawls, and fresh onslaughts on the media.