The move comes after European governments have largely declined to take back detained citizens with links to the terror group. 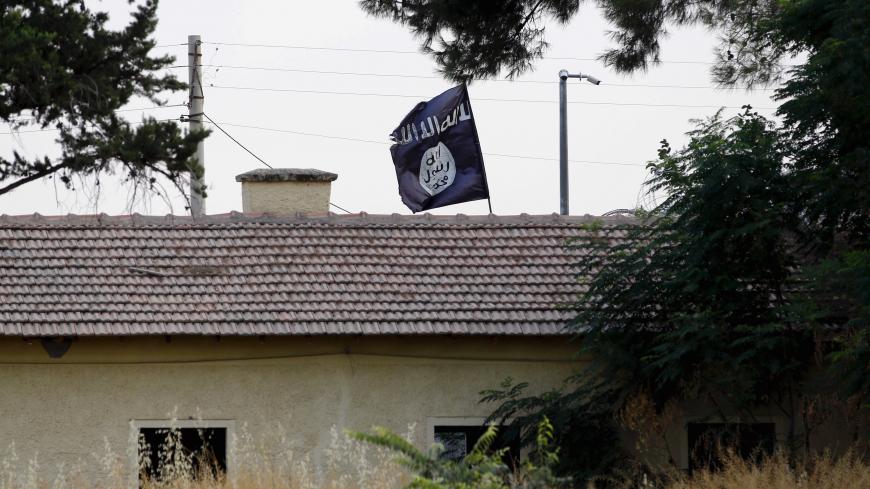 An Islamic State flag flies over the customs office at Syria's Jarablus border gate in a picture taken from the Turkish town of Karkamis, in Gaziantep province, Turkey, Aug. 1, 2015. - REUTERS/Murad Sezer

Turkey has repatriated 12 Finnish Islamic State detainees, the Interior Ministry has revealed, part of an ongoing process of transferring jihadi captives back to their countries of origin.

“Extradition of foreign terrorist fighters continues. In this context, 12 Finnish nationals were flown back to their countries,” the ministry said in a May 31 tweet.

The ministry did not specify whether the Finns were men, women or children.

Turkey began repatriating foreign jihadis in November of last year, mostly to Europe. Those repatriated include fighters from Germany, France, Ireland and Denmark. Ankara also deported a US IS fighter that month.

Finnish IS fighters rarely if ever made headlines when the terror group butchered its way across Iraq and Syria. Yet Finland, with a population of 5.5 million, produced one of the highest jihadist rates per capita, according to Anne Speckhard, director of the International Center for Countering Violent Extremism at Georgetown University.

There are 11 Finnish women and 30 Finnish children currently at the Al-Hol and Roj camps in northeast Syria, which are home to around 70,000 IS fighter dependents, most of them Syrians and Iraqis. Around 10,000 of them are from 60 other countries, including Turkey.

Turkey wants to deport roughly 700 foreigners of a total 1,172 IS militants in its custody, the pro-government Yeni Akit reported.

But to Ankara’s growing ire, European governments have largely declined to take them back, and in the cases of dual nationals revoked their citizenship, rejecting responsibility for them. They justify the moves on the grounds that IS returnees pose a security threat. Some 2,000 women around the world renounced their citizenship to follow their husbands to Syria, according to CENTCOM.

However, some countries, Finland among them, have begun to relent on the repatriation of children, with France taking back 18 of a total 300 children born to French IS-linked parents, The New York Times reported.

The NYT also reported that some Turkish IS wives and children had been repatriated to Turkey. They are likely among several hundred IS detainees who broke free from camps when Turkey launched its latest cross-border operation against the US-backed Syrian Democratic Forces (SDF) last October.

Turkey has started repatriating scores of Turkish IS detainees being held in the towns of Tell Abyad and Ras al-Ain, which it wrested from the SDF. According to Yeni Akit, 327 foreign IS fighters and their family members were captured during Turkey’s Operation Peace Spring. It remains unclear whether the figure includes those in SDF-run prisons that fell under Turkish control. Of them, 278 were reportedly foreigners. The Finnish foreign fighters may have been among them.

The Kurdish-led administration in northeast Syria wants all foreign IS operatives to be repatriated, saying it lacks the means to hold them indefinitely. There have been a series of riots and attempted breakouts at several detention facilities. The administration now has a policy of refusing to allow the repatriation of children without their mothers.

The autonomous administration is not recognized by the central government in Damascus. While Western governments engage with it, they do not accord it any formal status and the administration’s calls for an international tribunal to try IS fighters from foreign countries within the area under its control have been spurned.