Mazlum Kobani, commander of the Kurdish-led Syrian Democratic Forces, announced Friday that the first stage of reconciliation talks with rival Kurdish National Council has “gone well” and that “the second phase has begun.” 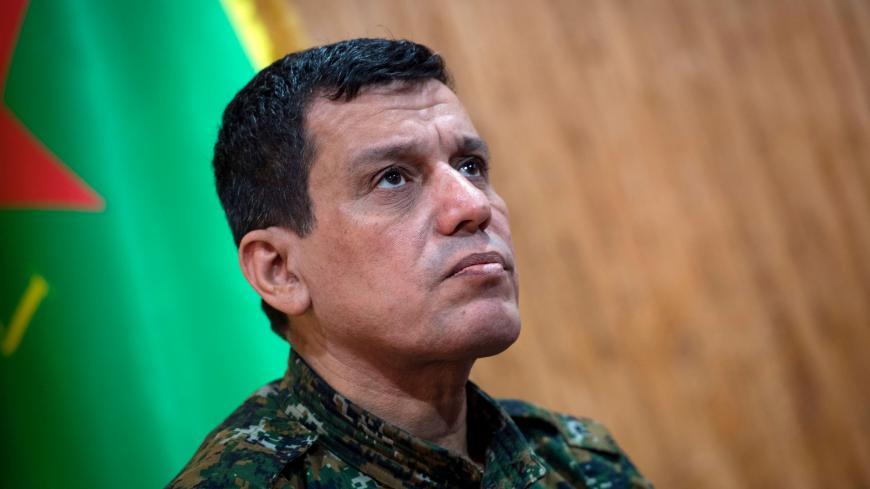 Mazlum Kobani, commander of the Kurdish-led Syrian Democratic Forces, announced Friday that the first stage of reconciliation talks with rival Kurdish National Council has “gone well” and that “the second phase has begun.”

Ahmed said, “So far we have only discussed political aspects. Issues such as their participation in the self-administration system or any possibility of a military integration have not been discussed so far.”

“We have realized that actually we don’t have that many major differences politically between us,” she said. Ahmed said the PYD does not demand that KNC give up its affiliation with the wider Turkey-backed Syrian opposition.

“In general, we have serious criticisms when it comes to the opposition, specifically its Islamist character. But in general, we are willing to work with anyone in the opposition that isn’t far from our principles.” Political fighting led the PYD to marginalize the KNC and consolidate power in northeast Syria during the war.

“We are trying to establish relations with groups within the opposition,” Ahmed said Friday.

Why it Matters:  If successful, intra-Kurdish political reconciliation in northeast Syria may lay the groundwork for cooling tensions between Turkey and the YPG, or at least the United States hopes. Turkey’s government has vowed to destroy the YPG and has led two military campaigns against it during Syria’s civil war.

Turkey sees the YPG as the Syrian branch of the terrorist-designated Kurdistan Workers Party (PKK), which has waged an insurgency against the Turkish state since 1984.

Ankara has accused the United States of helping the YPG to establish a “terror state” on its border since the United States began backing the group in the war against the Islamic State. Seeking to bridge the gap, US officials have pushed the PYD to reconcile with the KNC and expel the PKK from northeast Syria as a way to preserve the region’s autonomy.

What’s next:  The Turkish government openly opposes the reconciliation talks and has worked to upset prior attempts. Apparently wary of drawing Ankara’s ire, US officials have remained circumspect about the talks, which are being facilitated by State Department deputy coalition envoy William Roebuck. It is not clear if the US diplomatic team can get PYD representatives a seat at the UN-backed Geneva talks, given Turkey’s longstanding threat of a veto.

“If the steps taken at Geneva do not succeed,” Ahmed said, “then we will find an alternative to that for a political solution for Syria.” So far there is no sign Damascus is willing to tolerate northeast Syrian autonomy, she said.

Know more:  Amberin Zaman dives deep into the fraught path ahead for US-led reconciliation between the PYD and KNC.