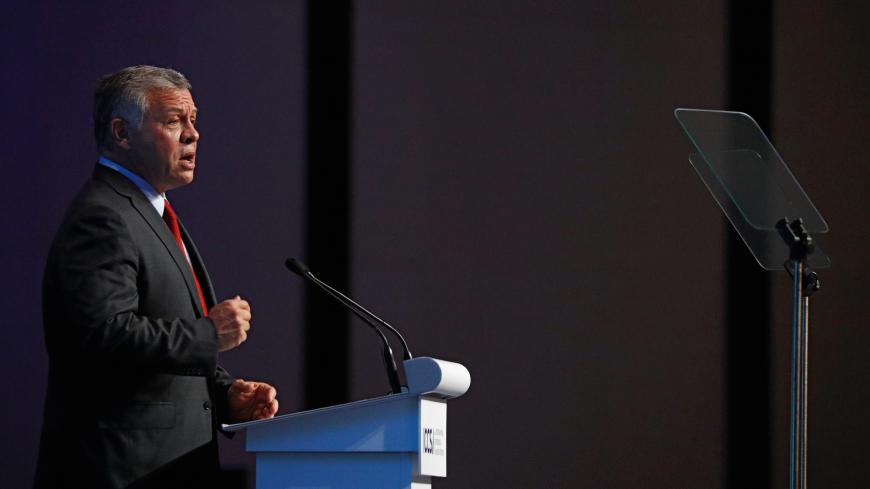 “At meetings held via conference calls with US Congressional leaders and committees, attended by His Royal Highness Crown Prince Al Hussein bin Abdullah II, King Abdullah stressed the importance of establishing an independent, sovereign and viable Palestinian state on the 4 June 1967 lines, with East Jerusalem as its capital,” the Jordanian Royal Court said in a readout.

In addition to McConnell, the king spoke with lawmakers on the Senate Armed Services Committee as well as the Senate and House foreign aid panels.

Why it matters: Abdullah recently refused a phone call with Israeli Prime Minister Benjamin Netanyahu because of his push to annex Israeli settlements in the West Bank as well as the entire Jordan Valley. While Netanyahu had hoped to move forward with annexation in July, he said Monday that the Trump administration wanted the prime minister’s rival Blue and White coalition partners on board first.

And in the United States, even pro-Israel Democrats have come out against annexation. Twenty-eight Senate Democrats as well as eight Democratic candidates trying to unseat Senate Republicans in battleground states have come out against annexation. House Middle East panel Chairman Ted Deutch, D-Fla., led four of his colleagues in a letter to Netanyahu warning against annexation Monday. The Democratic opposition intensified after the powerful American Israel Public Affairs Committee (AIPAC) greenlit the pushback last week, so long as the criticism stops there.

What’s next: Although Jordan usually enjoys robust bipartisan support in Congress, conservative Republicans who support the Trump peace plan are pushing Amman to extradite a convicted terrorist to the United States by threatening to end the aid-dependent country’s $1.5 billion in American military and economic assistance. A key State Department official implied this week that the aid could be on the chopping block unless Jordan extradites Ahlam al-Tamimi per a law Congress passed in December. Tamimi helped kill 15 people, including two Americans, in a 2001 bomb attack in Israel.

Know more: Congressional Correspondent Bryant Harris has the story on how pro-Israel Democrats have ramped up their criticism of annexation following the AIPAC greenlight as well the State Department’s potential push to use foreign aid as leverage to secure Tamimi’s extradition from Jordan.