Intel: How McConnell is forcing Democrats to side with Trump on Syria 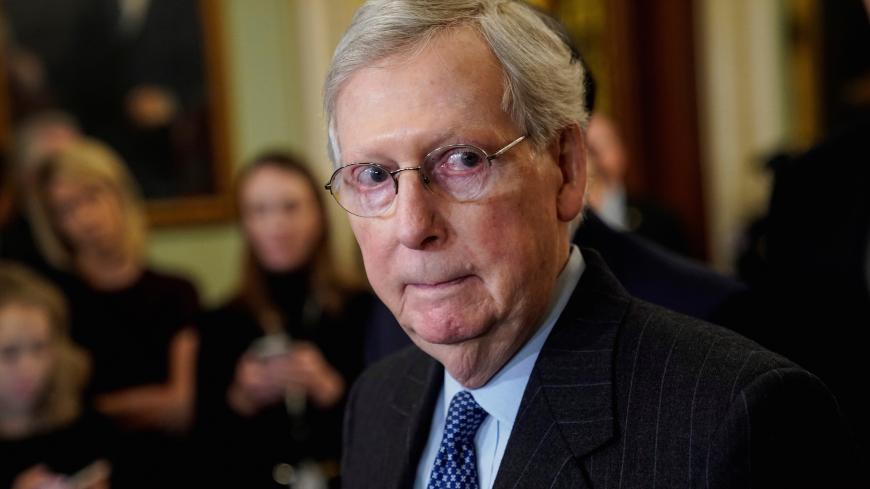 Senate Majority Leader Mitch McConnell, R-Ky., managed to rebuke both President Donald Trump and Democrats with one vote today. The Senate voted 68-23 to advance nonbinding legislation warning against a “precipitous withdrawal” from Syria and Afghanistan. Trump announced in December that the United States would pull out of Syria, causing considerable confusion throughout the Pentagon and among US allies.

Why it matters: McConnell effectively forced Democrats to choose between implicitly siding with Trump and angering elements of their anti-war base.

“American national security interests require continued commitment to our missions there,” McConnell said on the floor today. “But I guess some Senate Democrats didn’t want to vote on these important subjects. Perhaps it could have put some of my colleagues with aims beyond the Senate at odds with parts of the far left.”

“The American people do not want endless war,” said Sanders, echoing arguments made by Warren earlier in January. “It is the job of Congress to responsibly end these military interventions and bring our troops home, not to come up with more reasons to continue them.”

Still, Sanders argued that the manner of Trump’s pullout was “reckless” and the Vermont senator called for a “troop withdrawal plan that is coordinated with our allies, that continues to provide humanitarian aid and that supports political settlements in these countries.”

Israel boycotts: McConnell is using the same bill to highlight divisions among Democrats on Israel. Today’s vote was on whether to add an amendment to a broader Middle East legislative package that includes a bill clamping down on the pro-Palestinian boycott, divestment and sanctions (BDS) movement. Although the bill has significant bipartisan support, most of the potential 2020 candidates — with the exception of Klobuchar — oppose the anti-BDS provision on free speech grounds.

What’s next? Today’s vote was only procedural and the Senate must hold yet another vote to attach the amendment to the broader bill — the Strengthening America’s Security in the Middle East Act. Then it must hold on a final vote on the entire bill. In the meantime, Republicans will eagerly use the Senate’s slow procedural processes to point out Democratic divisions on Syria and Israel.

Know more: Congressional Correspondent Bryant Harris first addressed Democratic support for a Syria withdrawal after Warren endorsed the troop drawdown earlier this month. And keep up to date on all the latest BDS controversy with Al-Monitor’s running coverage.