Intel: How Republicans are starting new Congress with rebuke of Trump’s Syria withdrawal 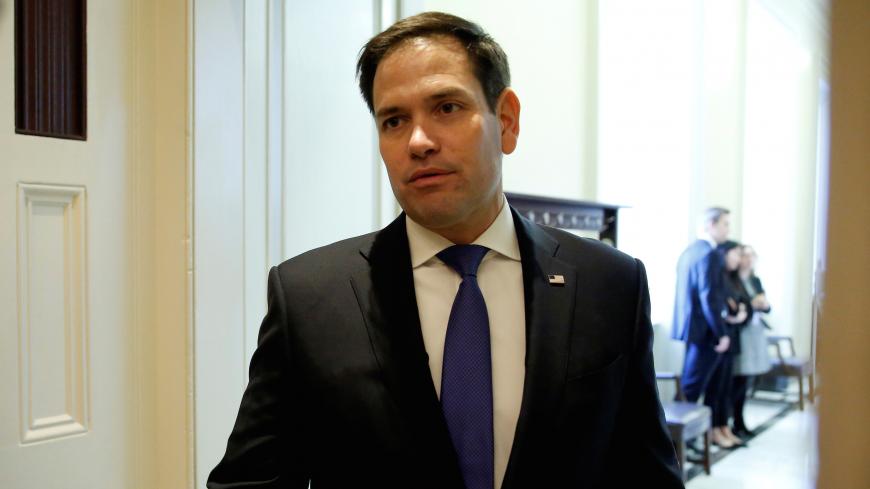 Sen. Marco Rubio, R-Fla., speaks to reporters before a series of votes on legislation ending US military support for the war in Yemen on Capitol Hill in Washington, Dec. 13, 2018. - REUTERS/Joshua Roberts

The Republican-held Senate reconvened Jan. 4. Its first order of business? Rebuking President Donald Trump over his Syria policy. NBC News reported today that the first bill Senate Republican leadership introduced in the new Congress is an implicit rebuke of Trump’s decision to withdraw some 2,000 US troops from Syria.

Why it matters: Although Congress cannot force the president to maintain troops abroad, Senate aides told NBC that the Strengthening America’s Security in the Middle East Act introduced by Sen. Marco Rubio, R-Fla., is an amalgamation of four bills that did not pass the last Congress and signals lawmakers’ displeasure with the Syria withdrawal. The fact that Senate Majority Leader Mitch McConnell, R-Ky., and Senate Foreign Relations Committee Chairman James Risch, R-Idaho, are co-sponsors is a clear indication that Republican leadership frowns on Trump’s military withdrawal.

Israel and boycotts: Notably, the bill includes language taking aim at the boycott, divestment and sanctions (BDS) movement against Israel for its occupation of the West Bank. But it’s unclear if that includes Maryland Democratic Sen. Ben Cardin’s controversial Israel Anti-Boycott Act, which has raised civil liberties concerns, or the Combatting BDS Act, another Rubio bill designed to bolster state-level anti-boycott laws.

It also includes a provision on military aid to Israel, echoing language in the Israel Security Authorization Act, which Paul also held up last year to the ire of pro-Israel lobbyists. Another provision also bolsters security cooperation with another close US ally, Jordan.

What’s next: Rubio is introducing the bill under expedited procedures, meaning the new Congress is likely to take up it in short order. But it remains unclear as to whether the bill can clear the Senate’s 60-vote threshold given its implicit rebuke of Trump and the unpopularity of the anti-boycott provisions among some Democrats.

Know more: Read Congressional Correspondent Bryant Harris’ scoop on Paul’s hold on the Caesar Syria Civilian Protection Act. Then click here to learn more about the Israel Anti-Boycott Act and the surrounding controversy. Finally, be sure to read all about how the Israel Security Assistance Authorization Act prioritizes precision guided munitions for Israel despite US shortages.