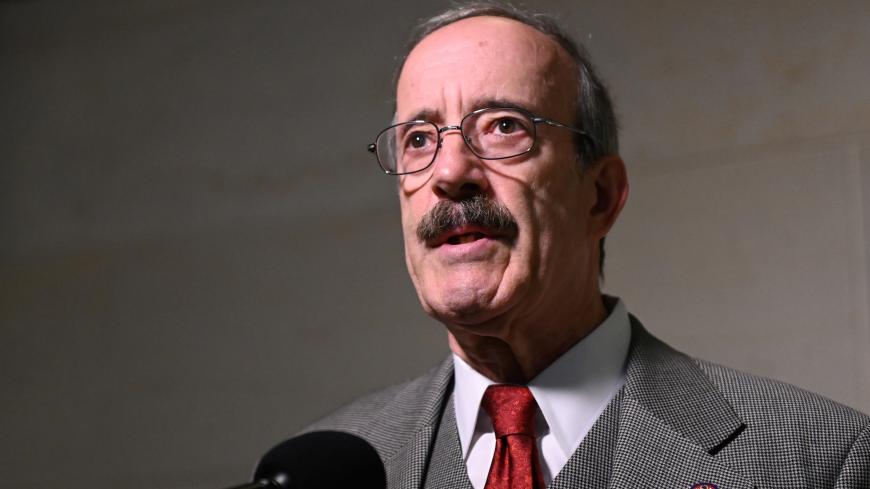 Congress moved forward with two bills today in rebuke of Turkey for its incursion into northeastern Syria.

Congress last passed a resolution recognizing the 1915 massacre as a genocide in 1984. While the House Foreign Affairs Committee has occasionally advanced it since then, House leadership never put it on the floor until today. The House’s Armenian genocide recognition, spearheaded by Rep. Adam Schiff, D-Calif., comes just as the US-Turkish alliance continues to unravel.

“The scenario has changed dramatically since Turkey made its move on Syria, and I believe that the deciding factor was that Turkey has lost a lot of support amongst members of Congress,” Rep. Judy Chu, D-Calif., an original co-sponsor on the resolution, told Al-Monitor. “I’ve been here 10 years, and to see this resolution come onto the floor is just a tremendous step forward.”

Newsweek reported last week that President Donald Trump’s advisers had floated threatening a US recognition of the tragedy as a genocide after his decision to withdraw US troops from the Turkish-Syrian border paved the way for Ankara’s military incursion against the Syrian Kurds.

No US president has used the term genocide to describe the extermination since Ronald Reagan. President Barack Obama pledged to do so on the 2008 campaign trail — only to avoid doing so in office in the face of intense opposition from Turkey.

Turkey has lobbied aggressively against the resolution, putting it at cross-purposes with Christian and Armenian advocacy groups such as In Defense of Christians and Armenian National Committee of America. And while both groups supported the vote, others voiced concern that the timing of the vote politicized a resolution intended to honor the victims of the genocide.

“The motivation for these bills should be done on their own merits, and not as a wedge for Turkey,” said Howard Eissenstat, a senior fellow at the Project on Middle East Democracy. “If Congress wants to sanction Turkey, then it needs to sanction Turkey in the right ways and with an eye towards getting results — not just [doing] things that will piss them off.”

The lower chamber aside, it remains unclear whether Senate Republican leadership also intends to recognize the Armenian genocide — or sanction Turkey. While Senate Majority Leader Mitch McConnell, R-Ky., has not committed to putting either bill on the floor, but faces bipartisan pressure to do so — including from some of Trump’s closest allies.

Van Hollen said in a statement that the House bill “sends a strong signal that Congress will not stand by while Turkey and its proxies slaughter our Syrian Kurdish allies and fuel the revival of [the Islamic State].” He went on to call on the Senate to “stop dithering and also act immediately.”

All sanctions proposals would — at a minimum — sanction senior Turkish officials and the state-run Halkbank while requiring Trump to report on President Recep Tayyip Erdogan’s net worth to Congress. All bills would also ban US arms sales to Ankara while sanctioning any country that deals with the Turkish Armed Forces until Turkey withdraws from northeast Syria.

The legislation is reminiscent of a 2017 law sanctioning Russia’s defense sector. The law requires the president to sanction Turkey for its purchase of the Russian S-400 missile defense system — something Trump has so far proven unwilling to do. All versions of the Turkey sanctions bills would clarify that Trump must also sanction Turkey under the 2017 law.

Congress passed the 2017 law with an overwhelming veto-proof majority amid speculation that Trump wanted to lift sanctions on Russia over its annexation of Crimea. Two years later, Congress may be on track to give Turkey — and Trump — the same treatment.

And Congress isn’t stopping there.

In recent months, Ankara has also lobbied lawmakers against a provision in the annual defense authorization bill that would lift the arms embargo on Cyprus. Both the House and Senate back the provision, significantly increasing the likelihood that the United States will soon lift the embargo — adding yet another irritant to the relationship.

Correction: Oct. 31, 2019. An earlier version of this article mistated the vote count for the symbolic resolution to recognize the Armenian genocide.