The Donald Trump administration is considering withholding military and economic assistance to aid-dependent Jordan over its continued refusal to extradite a convicted terrorist who helped kill 15 people in a 2001 bomb attack in Israel. 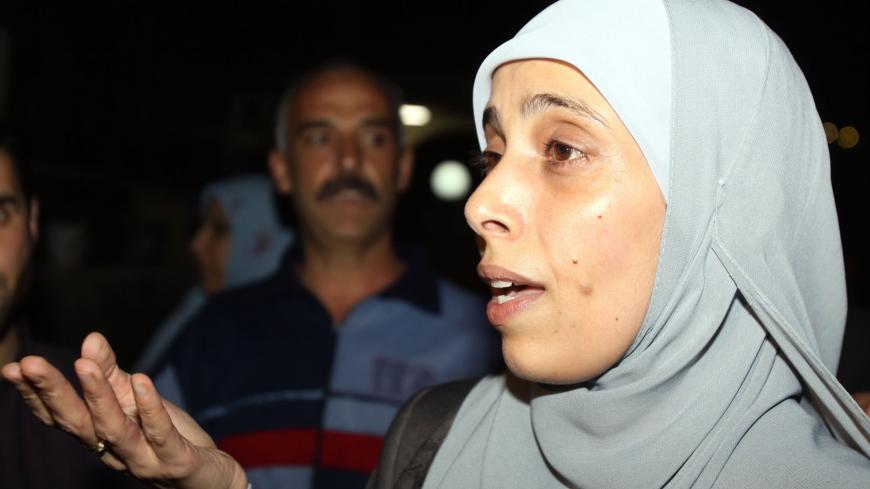 Ahlam Tamimi speaks to reporters upon her arrival at Queen Alia International Airport in Amman, Jordan, on Oct. 18, 2011, after being released by Israel as part of a prisoner exchange with Hamas. She had been sentenced to life for her role in a 2001 bombing that killed 15 people, including two Americans, in a pizzeria in Israel. - LOUAI BESHARA/AFP via Getty Images

The Donald Trump administration is considering withholding military and economic assistance to aid-dependent Jordan over its continued refusal to extradite a convicted terrorist who helped kill 15 people in a 2001 bomb attack in Israel, The Associated Press reported today.

Deputy Assistant Secretary of State for the Maghreb and Egypt Henry Wooster implied that aid cuts could be on the table in written responses to the Senate as part of his confirmation process to serve as the next US ambassador to Jordan.

“The United States has multiple options and different types of leverage to secure Ahlam Aref Ahmad al-Tamimi’s extradition,” Wooster wrote in response to a series of questions pushing him on the issue from Sen. Ted Cruz, R-Texas. “We will continue to engage Jordanian officials at all levels not only on this issue but also on the extradition treaty more broadly. US generosity to Jordan in foreign military financing as well as economic support and other assistance is carefully calibrated to protect and advance the range of US interests in Jordan and in the region,” Wooster added.

Why it matters: Congress passed a law in December that could eliminate Jordan’s $1.5 billion in American military and economic aid unless Amman turns Tamimi in to face the US criminal justice system. A group of seven conservative Republicans pressed the Jordanians on the issue last month with the backing of the pro-Israel Endowment for Middle East Truth, which pushed Congress to pass the legislation as part of last year’s foreign aid spending bill. However, the law allows Secretary of State Mike Pompeo to issue a national security waiver that would allow US aid to Jordan to continue even if Amman fails to extradite Tamimi.

Israel gave Tamimi 16 life sentences in prison for her role in the 2001 attack but released her as part of a 2011 prisoner exchange with Hamas. Tamimi is currently on the FBI’s list of most-wanted terrorists, and the State Department is offering a $5 million reward for information that leads to her arrest or conviction.

Members of the Senate and House foreign affairs panels are likely to press Jordan’s King Abdullah II on the issue when he speaks with them by video on Tuesday to reiterate his opposition to Israeli plans to annex most of the West Bank.

What’s next: Tamimi’s family sent a letter to the king today, lobbying him to resist US pressure to extradite her.

Know more: Congressional Correspondent Bryant Harris has the full story on the push to cut off Jordan from all US assistance over the Tamimi extradition.