Report: Some Jewish parts of West Bank to be excluded from annexation 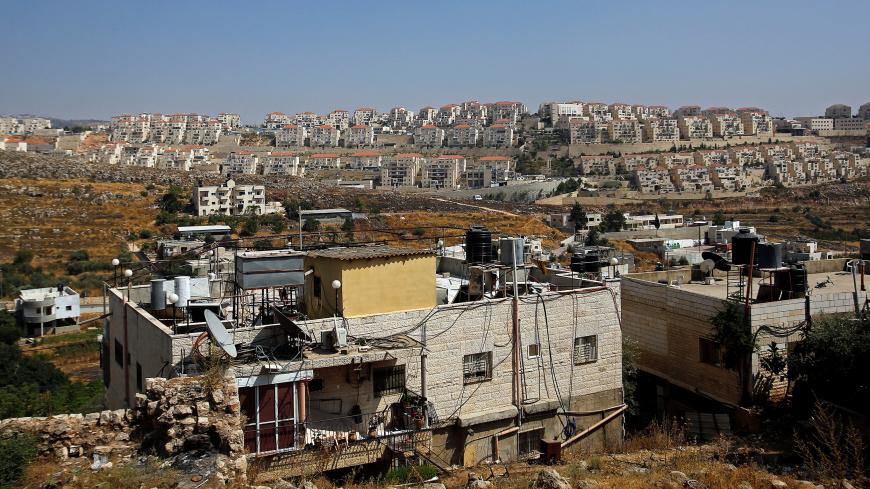 A view shows Palestinian houses in the village of Wadi Fukin as the Jewish settlement of Beitar Illit is seen in the background, in the Israeli-occupied West Bank, June 23, 2019. - REUTERS/Mussa Qawasma

Some parts of the West Bank populated by Jewish settlers will be excluded from Israel’s planned partial annexation of the Palestinian territory, according to a report in Israeli media. The report is the latest disagreement between Israeli settlers and Israeli Prime Minister Benjamin Netanyahu on the plan.

The Israeli public news outlet Kan 11 reported today that 25 Jewish areas of the West Bank will not be within the lines being drawn by Israel and the United States, citing settlement leaders.

Israel plans to move forward with annexation of Jewish settlements in the West Bank and the entire Jordan Valley in July. The United States conditionally supports the idea, but Palestinians, Arab states and some European countries oppose it. Israel believes the move is necessary for its security, while Palestinians think it prevents their self-determination and statehood aspirations.

The West Bank is presently divided into areas controlled by the Palestinian Authority and Israel. Most of the population consists of Palestinians who do not have Israeli citizenship, but there are thousands of Israeli settlers as well. The Palestinians and much of the international community regard the territory as occupied by Israel, which captured it from Jordan during the Six-Day War in 1967.

The report says that 25 areas that together have around 2,000 Israeli Jewish residents will not be included within the annexed area. The locales are largely outposts, which differ from settlements in that they were not constructed with permission from the Israeli government. Instead, Israeli Jews, often devoutly religious, built the makeshift communities on their own.

Israel’s plan would also make some Palestinian residents of the West Bank become residents of Israel, according to comments by Netanyahu.

Settler leaders have written a letter to Netanyahu demanding clarification of the areas’ status and that nobody there be evicted from their homes, according to the report.

Some settlers have criticized Netanyahu lately because the annexation plan could lead to a Palestinian state in the future, which they oppose.

After months of political squabbling, Israel’s unity government took office in May and includes Netanyahu’s Likud party and his former rival Benny Gantz’ Blue and White party. The deal gave Netanyahu and his allies the political backing to pursue their long-awaited goal of annexing parts of the West Bank.