Women's rights groups are furious over the appointment of male Knesset member Oded Forer to head the Committee on the Status of Women and Gender Equality. 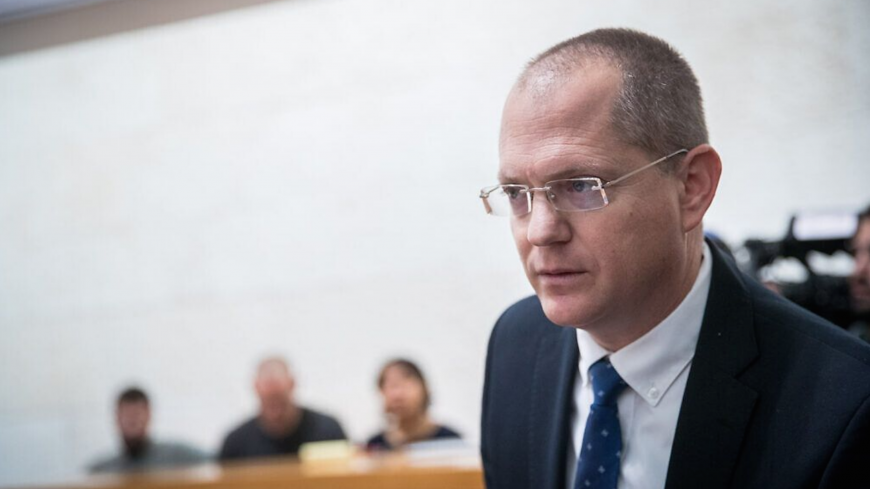 “An absurd decision” was how Hagit Peer, who heads Israel’s leading women’s organization, NAAMAT, described the appointment of a man to head the Knesset Committee on the Status of Women and Gender Equality. Peer was not alone. One by one, women’s advocacy organizations and leading female journalists harshly condemned the decision to name Knesset member Oded Forer of the Yisrael Beitenu party to head the panel. Forer will not only chair the committee; he will be its only male member.

Forer, 43, a confidante of Yisrael Beitenu party Chair Avigdor Liberman, is the second man named to head the committee since it was established in 1992. The first was Likud Knesset (and former minister) member Gideon Saar, appointed in 2006 and generally considered to have done a good job.

News of Forer’s appointment on June 8 set off an uproar on social media platforms and talk shows, generating intense arguments over whether a man should fill a post that has become one of the few bastions of women’s leadership in the male-dominated legislature. Previous panel chairs, such as the Likud’s Gila Gamliel and Limor Livnat, were leading female lawmakers who went on to become government ministers.

Whereas Saar’s appointment 14 years ago was somewhat of a pioneering experiment that drew praise from many women, Forer finds himself facing an angry tsunami intensified by the era of social media.

“Oded Forer, take a quick peek under your belt, tell us what you see there and what makes you suitable for the job,” tweeted pundit Ariana Melamed, a firebrand social critic often identified with gender wars. Melamed also went on to “thank” the Knesset committee responsible for Forer’s appointment for “continuing the patriarchy’s oppression.”

The irony was not lost on members of the other sex. Comedian Tomer Sharon contributed a sarcastic tweet to the stormy debate: “The first item on our agenda today is how to appoint a woman to chair the Knesset Committee on the Status of Women.”

The protests did not stop at talkbacks and tweets. The influential women’s rights group Kulan described the appointment as “a joke at women’s expense” and called on Forer to step aside. “Any woman with eyes in her head can see the burning need for a woman to fight for the status, safety and rights of women in Israel of 2020. For a man to sit in that chair is nothing short of a scandal. This is someone who has never experienced life as a woman in Israel and whose life will not be affected in any way whatsoever by the committee’s actions and decisions. We call on Knesset member Forer to realize that this is a slap in the face of all women in Israel and to forego the appointment of his own volition.” Thousands signed the appeal within hours and sent it to the lawmaker’s office.

Women’s groups were also quick to delve into Forer’s political and public record, finding that not only had he never been associated with gender equality issues, but he had also voted against proposed bills advancing women’s rights. Critics adopted public shaming tactics, presenting Forer’s record as reflecting the appointment’s disregard for women and contempt for the committee’s tasks. For example, Forer was lambasted for having voted against an amendment of the Women’s Equal Rights Law mandating appropriate representation for women in the workplace.

Forer has not budged despite the aggressive campaign against him; on the contrary. As a young opposition lawmaker seeking to make his mark, Forer understands he can use the storm to his advantage. “I am glad this committee is finally making headlines,” he said, “Even if it’s because of the surprise that a man can also lead these issues in the Knesset.”

Forer has found a surprising and unexpected ally in Labor party Knesset member Merav Michaeli, a former television presenter and perhaps the public figure most identified with what some regard as radical feminist views. Her signature use of the female grammar form in Hebrew even when referring to men in order to highlight her agenda has made her an inspiration to some and an object of scorn to others. In this case, however, Michaeli is eyeing the Forer storm through a pragmatic political lens. “For years, we have been saying that men must join the feminist struggle, the struggle for equality,” she wrote in a lengthy Facebook post, seeking to explain that feminists are shooting themselves in the foot with their objections to Forer. “We keep saying, rightly so, that the feminist struggle is not only a women’s issue. It concerns society as a whole. Men are responsible for this situation and they stand to gain from a change. And now we have a male Knesset member heading the committee. Does his being a man disqualify him for the job?”

Prompted by the same mindset, Michaeli fought at the time for membership in the Knesset Foreign Affairs and Defense Committee, long considered a male bastion of retired male generals. In the current Knesset, only two women serve on the prestigious 15-member panel.

The dearth of female representation in Israeli politics is a sensitive and painful issue. The numbers speak for themselves. Thirty women serve in the current Knesset, constituting 25% of the lawmakers and an all-time record. Women chair only two of the Knesset’s 22 committees. The situation is no better in government. Of the 35 newly appointed ministers, only eight are women; none holds senior posts. Only two are members of the Security Cabinet. No less troubling is that women do not head any political party, a regression after breaking the glass ceiling quite a few times in the past.

As for Forer, he is obviously not the reason for the woeful under-representation of women in politics, which stems from voting patterns and other sociological factors. He is simply a convenient target on which to vent frustration. However, his energy and desire to prove himself may end up serving the committee well and attracting additional male politicians to the struggle for women’s equality.