The chairman of the House’s Middle East panel questioned the Donald Trump administration’s stated commitment to a two-state solution during a Zoom interview with the Israel Policy Forum today. 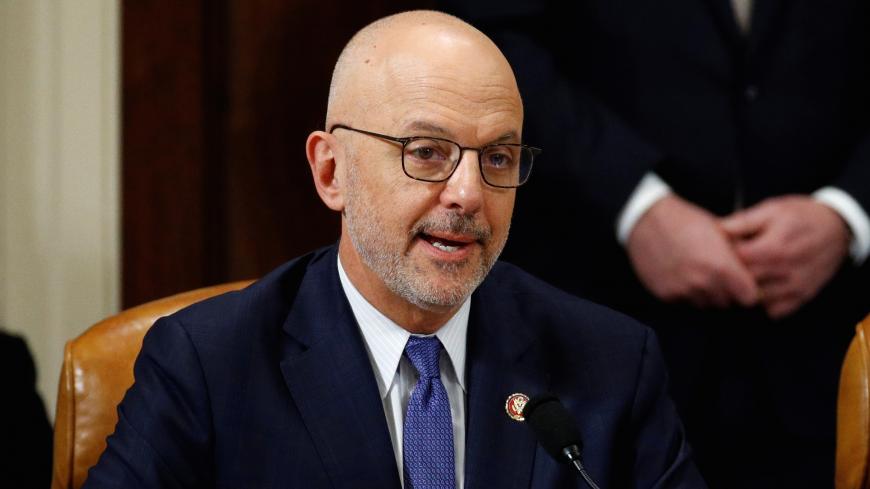 The chairman of the House’s Middle East panel questioned the Donald Trump administration’s stated commitment to a two-state solution during a Zoom interview with the Israel Policy Forum today.

Rep. Ted Deutch, D-Fla., said that he “didn’t reject” Trump’s peace Israeli-Palestinian peace proposal “out of hand” and that he was initially “hopeful” that the president had started referring to it as a “two-state solution.” However, Deutch went on to add that the plan raised “lots of questions about the viability of a Palestinian state.”

“There was a realization it could lead more to unilateral annexation, and then we started seeing a response from the outside world,” said Deutch. “What’s confusing is the plan envisioned, at some point … negotiations between Israel and the Palestinians. It’s been everyone’s position that that’s how you get two states. But then we fast forward to where we are in this moment, and it doesn’t look like that commitment exists.”

Why it matters: While the Trump plan formally endorses a two-state solution, its proposal that Israel formally annex its West Bank settlements as well as the entire Jordan Valley would not allow for the creation of a contiguous Palestinian state. Prime Minister Benjamin Netanyahu has secured an agreement with his rival, Defense Minister Benny Gantz, that would allow Netanyahu to proceed with annexation as soon as July.

“A directly negotiated two-state solution is a mainstream position and expressing concern about unilateral annexation isn’t extreme at all,” said Deutch. “It’s the position of most of the largest cross-section of the American Jewish community.”

What’s next: Deutch also reflected on the 2016 debate over whether to reference Israel’s occupation of the West Bank in the Democratic Party platform. While delegates loyal to former Secretary of State Hillary Clinton ultimately won out and blocked the reference to the occupation, delegates pledged to Sen. Bernie Sanders, I-Vt., may try to revive that fight when Democrats convene to draft the 2020 platform in August. Deutch said the platform should reflect language House Democrats already passed in a series of nonbinding resolutions.

“That’s support for the US-Israel relationship, it’s support for a two-state solution, it recognizes the importance of assistance to Israel, and it opposes the [boycott, divestment and sanctions] movement,” said Deutch.

Know more: Check out Al-Monitor’s Week in Review to learn about Netanyahu’s push for quick annexation.