Despite soaring unemployment and an economic crisis in Israel, Prime Minister Benjamin Netanyahu took the time to demand retroactive tax exemptions for himself. 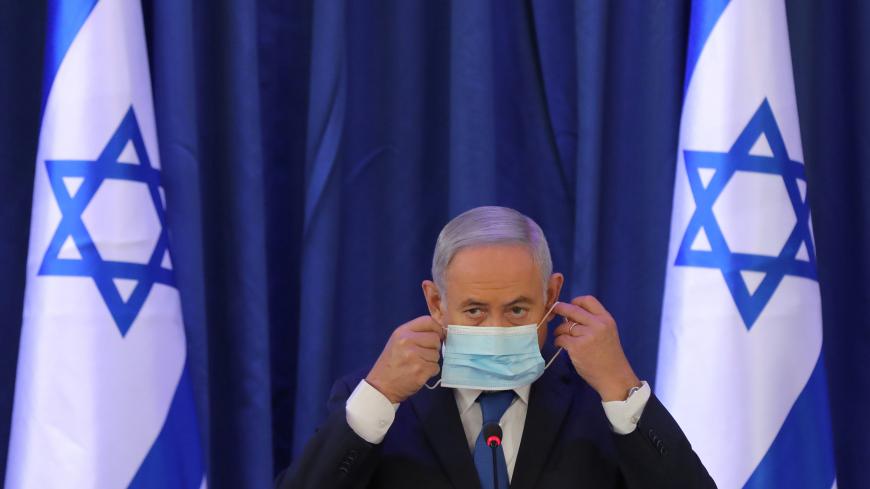 How much is Prime Minister Benjamin Netanyahu worth? The question, which went viral this week, has become the focus of Israel’s economic journalists.

It is no secret that Netanyahu is one of Israel’s wealthiest politicians. He is certainly the wealthiest person to serve as prime minister. In 2019, Forbes estimated his personal wealth at around 50 million Israeli shekels ($14.5 million).

Nevertheless, questions about how robust financially Netanyahu really is were raised this week, following a decision by the Knesset’s Finance Committee June 23 to approve a request by the prime minister’s office for a retroactive tax rebate for the prime minister, to be issued by the state. This total amount is estimated to be close to 1 million shekels ($291,000).

The request was presented to the committee by Netanyahu’s close confidant, Knesset member and coalition chairman Miki Zohar. He argued that Netanyahu had been harassed by the tax authorities, which want to make him “financially handicapped.” Making matters worse, claimed Zohar, this comes at a time when the prime minister is busy working on behalf of the country from early morning to late at night, leaving him no time to deal with his personal affairs.

Realizing that this came across like gross indifference to the real concerns of the general public, Knesset members from the Blue and White party decided to absent themselves from the debate. They did not want to face justifiable criticism over it.

It was, in fact, a show of aloof disinterest and detachment from reality. It occurred shortly after Minister of Welfare Itzik Shmuli called a press conference to discuss the steep rise in unemployment in Israel as a result of the coronavirus pandemic. This would probably be exacerbated by the fact that beginning in August, people who lost their jobs because of the virus will no longer be eligible to receive unemployment  benefits, and that this will lead to their personal economic collapse.

“It would be immoral to deny unemployment benefits to people who lost their jobs because of decisions made by the government — nor would it be effective,” said Shmuli. He went on to warn that hundreds of thousands of Israelis would sink beneath the poverty line, calling the situation a “ticking time bomb.”

What makes this even more absurd is that Shmuli is a member of Netanyahu’s government, and a partner in all its poor decisions and misdeeds.

If anyone can attack the government freely, it is the chairman of the opposition, Knesset member Yair Lapid. He tweeted, “At the height of an economic crisis, with businesses collapsing and hundreds of thousands of people left unemployed, the Knesset Finance Committee is focused on one thing: tax benefits for Netanyahu. There is no clearer definition of political corruption. It is a violation of trust between the government and the public — corruption thanks to the munificence of [Defense Minister Benny] Gantz and [Foreign Minister Gabi] Ashkenazi. You are detached from reality. We are fed up with you.”

Lapid voiced public sentiment in response to the wasteful spending spree of the national unity government. Only recently, that same government approved extraordinary benefits for its two leaders, Netanyahu and Chairman of the Blue and White party Gantz, including official residences and a fleet of Audi A8 armored limos, not to mention extravagant offices and overly generous salaries for their advisers and staff.

And all of this is happening while Israel is in the midst of a serious economic crisis — perhaps the most serious in all its history — and it is only getting worse. Official figures state the number of unemployed in the country is 1 million, while hundreds of thousands of independent contractors are in serious economic crisis. Some of their businesses have already crashed. Not a day goes by without the traditional press and social media featuring heart-wrenching tales about people, who paid taxes all their lives, and yet, saw their whole world come crashing down around them when the government imposed an economic closure last March. Businesses were shut. Entire streets were suddenly lined with shuttered shops. Young people went back to living with their parents, while entire families were evicted because they could not pay rent. And it is still happening now. More and more evidence is accumulating about the miserable state of the Israeli economy, which was stable and even strong up until the coronavirus struck. Now, it is entering a period of uncertainty.

There is certainly some debate about the fairness and validity of Netanyahu’s insistence on receiving tax rebates. He may even be right. Still, there is no question that the request itself lacks basic sensitivity to the situation everywhere. Netanyahu is poking a finger in the eyes of millions of unemployed.

Netanyahu is far from being “financially handicapped.” He has a thick stock portfolio and three expensive houses, in addition to his official residence, which is owned by the state. He owns a villa by the sea in Caesarea, which the Netanyahu family uses mainly on weekends, a two-story penthouse on one of Jerusalem’s most prestigious streets and half of his parents’ expensive villa in Jerusalem. Estimates put the value of these three properties at 35-40 million shekels ($10-11.5 million). His stock portfolio is thought to exceed 10 million shekels ($2.91 million) in value.

Over the years, Netanyahu and his wife got into trouble over financial matters, including attempts to use the public coffers to cover their personal expenses. In some cases, this led to lawsuits. What makes the situation now especially cringeworthy is that Netanyahu is fully aware of how Israelis are facing economic ruin, and yet he did nothing to postpone or moderate his demands.

On June 24, the coalition voted against a law proposed by the Yesh Atid party, which would have made independent contractors eligible for unemployment. The irate public responded with demonstrations outside the Knesset and the prime minister’s office.

Once again, Lapid was quick to disparage the way that the government was acting. He tweeted, “The prime minister and his alternate shadow [Gantz] deigned to show up to vote against the law that we proposed, together with organizations representing independent contractors, to make those businesses eligible for unemployment benefits. Only yesterday, they also stuffed Netanyahu’s pocket with hundreds of thousands of shekels. Today, they are voting against independent contractors and small businesses that can barely breathe. Shame is dead. You are detached from reality. We are fed up with you.”

Meanwhile, polls show that Netanyahu has not been harmed by the effects of the coronavirus pandemic. On the contrary, his standing in the polls has only gotten stronger. On the other hand, public opinion surveys show that the economy is the No. 1 issue of concern for Israelis. That's why public sentiment could still turn on Netanyahu.

All economists agree that the depth of the country’s economic abyss has yet to be seen. People’s financial reserves are running out with each passing week, and this could leave them financially disabled. Many of these people are Netanyahu supporters. There is no assurance that they will still hold back from turning on him if they take a hit. 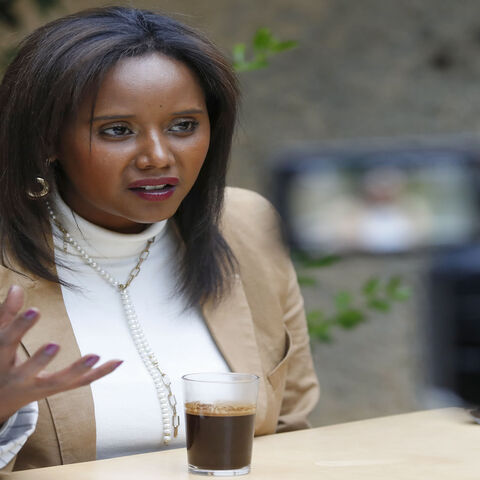