Prime Minister Benjamin Netanyahu might be considering going to fourth elections, but his ultra-Orthodox allies won’t hear of that. 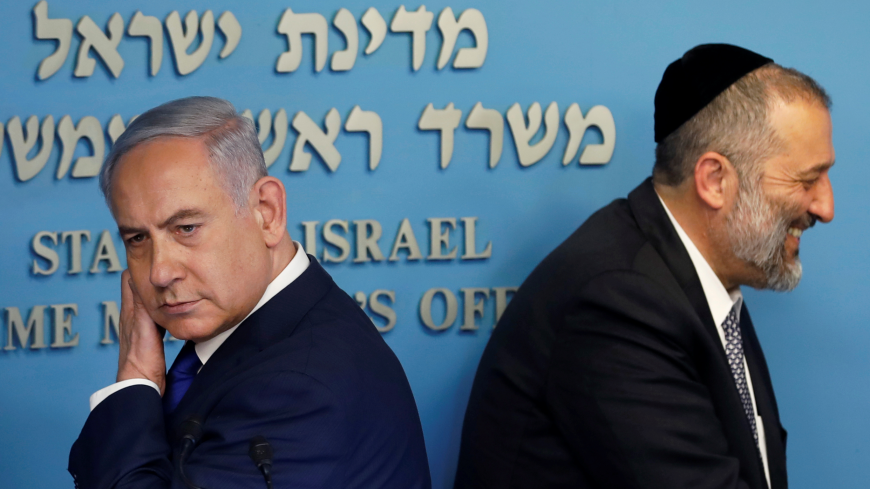 Barely a month since the unity-coronavirus government was sworn in, signs are mounting that Prime Minister Benjamin Netanyahu is preparing the ground for its dispersal and for a fourth election. When and how isn’t clear as he keeps the cards close to his chest, but one can’t ignore the election atmosphere hanging over the whole political establishment.

According to all estimates, early next week Netanyahu will announce his decision to bring a one-year budget for approval to the government and the Knesset in September. Such a decision would constitute a contravention of the coalition agreement between the Likud and Blue and White that a two-year budget would be approved in order to ensure political stability.

Netanyahu’s demand to reopen the agreement and change it is backed by the argument that because of the coronavirus crisis and the lack of economic stability, it’s not appropriate to decide on a longer-term budget. This view is shared by Finance Minister Israel Katz and all of the senior staff of his ministry.

But this move isn’t motivated by purely economic concerns and this change does have dramatic political ramifications. Israeli law stipulates that the vote on the budget is tantamount to a confidence vote in the government. If a one-year budget is approved in September, another budget would have to be presented to the government next year. This, in turn, could help Netanyahu manufacture a political crisis and disband the government. Why? Because, according to the law, if the 2021 budget is not approved by March 2021, the Knesset would have to be dissolved. Then the election would be moved up and Netanyahu would vie in it as an incumbent prime minister. In this scenario, Defense Minister Benny Gantz’s dream of becoming prime minister in October 2021 as called for in his and Netanyahu's agreement would be shelved permanently, and it’s completely unclear whether Gantz would run in another election.

This is the reason that the chairman of Blue and White tried to oppose a one-year budget, but found himself opposed by nearly all of the Finance Ministry’s senior staff, not to mention the governor of the Bank of Israel, Amir Yaron. Gantz will have to toe the line knowing that he may be agreeing to his political demise.

Netanyahu had signed a rotation agreement with Gantz where he committed to turn over the prime minister’s office in a year and a half. But the more he rises in the polls the more his appetite grows and the slimmer the chances that the rotation will ever take place.

In fact, Netanyahu is as strong now among the Israeli public as he has ever been. In all recent polls, Netanyahu's Likud has risen to where it would win around 40-41 Knesset seats if an election were held today. In contrast, Gantz's Blue and White continues to collapse and would win an embarrassing 10-12 seats in such a vote.

It’s no wonder that Netanyahu has been presenting Gantz with more and more demands that only worsen his situation. Netanyahu smells Gantz's weakness and distress and continues to cut at his power.

On June 15, Netanyahu and Alternate Prime Minister Gantz met to discuss the annexation. To Gantz’s surprise, Netanyahu used this opportunity to ask Gantz to reopen the coalition agreement and change it to say that if the High Court disqualifies Netanyahu from serving as alternate prime minister, a new election would be declared immediately and Netanyahu would run in it as the incumbent prime minister.

Gantz refused, but it seems that Netanyahu had delivered a threat. The next day the Knesset was about to pass the Norwegian Law — which enables ministers to resign from the Knesset, which allows the next candidates on their party’s list to enter the Knesset. Blue and White desperately needed it, since most of the candidates on the party's list became ministers and the party didn’t have members to serve in the Knesset. Netanyahu told his followers to stop the bill in its tracks. The message was that if Gantz didn’t reopen the coalition agreement, the Norwegian Law would be shelved.

Once again, the former chief of staff found himself desperate in the face of Netanyahu’s endless machinations. What saved him in the end was the ultra-Orthodox parties, which told Netanyahu that with all due respect, they need the Norwegian Law to bring in new Knesset members.

But what Netanyahu can pull on Gantz, he can’t pull on his ultra-Orthodox allies. So the Norwegian Law passed — and Gantz emerged unscathed.

Netanyahu won’t mess with the ultra-Orthodox. He knows better than anyone that without their unqualified support he would not be prime minister today. They were the ones who kept him safe in his lowest days when he was indicted, and were not tempted by offers from Gantz to join a government he would form after the last three election cycles. The ultra-Orthodox are Netanyahu’s insurance policy against political demise, much more so than senior Likud members or right-wing parties. So Netanyahu won’t dare dismantle the alliance with them.

Ironically, now the ultra-Orthodox are also the insurance policy for senior members of Blue and White. There’s a good relationship between top Blue and White leaders such as Gantz and Foreign Minister Gabi Ashkenazi and the chairman of Shas, Interior Minister Aryeh Deri. Deri promised Ashkenazi to be a guarantor to make sure Netanyahu fulfills the rotation agreement with Gantz. Blue and White and the ultra-Orthodox now have an identical interest: They are not interested in an election. The ultra-Orthodox are at the height of their power and hold government ministries and Knesset panels most important to them: the Interior Ministry, the Housing Ministry, the Finance Committee and the Constitution, Law and Justice Committee. The ultra-Orthodox are the ones who can stop Netanyahu from dismantling the government and going to an election.

Or at least that is the case at this point in time. Netanyahu won’t move to an election now, certainly not before the US election and not before he can manage to bring his limited annexation plan to the Knesset for approval. It seems that in the near future Netanyahu will try to recruit Gantz and Ashkenazi to support a limited annexation maneuver that would be approved by the White House. He needs them as security authorities as former chiefs of staff. After he achieves this, he’ll await developments in the United States, and if President Donald Trump is elected to a second term this will also bolster Netanyahu and the Israeli right and spur him to disband the government and move to an election. He’ll have no problem finding a rationale.