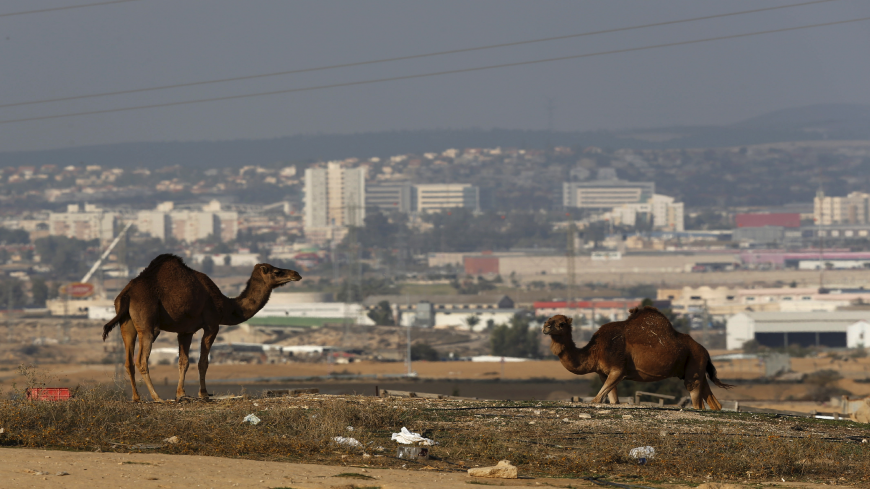 Camels roam in an unrecognized Bedouin village, as the southern Israeli city of Beersheba is seen in the background, Dec. 17, 2015. - REUTERS/Amir Cohen

For his first trip away from the office, Israel's new Minister of Communication Yoaz Hendel decided to visit the Bedouin town of Tel Sheva, near Beersheba in the south of Israel. He told Al-Monitor that this was not by chance. What he wanted to show the public and himself was that one of the main goals of his tenure would be to provide rapid internet service to every person in the country, regardless of what community they belong to or where they live. This includes the Bedouin.

Infrastructure in general and internet services in particular are especially poor in the Bedouin communities of the Negev and in Israel’s Arab sector overall. A study by professor Amit Schechter of the Department of Communications at Ben Gurion University found that just 34% of homes in Bedouin towns and villages are connected to the internet, compared to 70% of Israeli society in general. In the town of Tel Sheva, which Hendel visited, the number of homes connected to the internet comes to just 10%.

Israel’s education system switched to distance learning during the coronavirus pandemic, with Zoom being the app of choice. Disparities in communication capacities between the Jewish and Arab societies were especially apparent at this time. Al-Monitor has already written about the problem facing some 100,000 elementary- to high school-age Bedouin students and another 2,000 university Bedouin students, who were effectively cut off from their studies because of inadequate communications infrastructures. These include above-ground infrastructures, fiber optics and communication cables, as well as cellular communications. A report by Asma Genaim of the Israel Internet Association found that 90% of Arab citizens access the internet through their cell phones. With most of the population currently under lockdown, internet usage has intensified, straining the already weak infrastructures servicing Arab settlements.

The various ministries dealing with this problem acted slowly in responding to this need. While the Ministry of Education increased the volume of digital instructional materials available in Arabic, it could find no immediate solution to the problem facing students in the Negev. The most interesting response came from the pre-Hendel Ministry of Communications, which said that a solution to the infrastructure problem cannot be implemented in the near future.

Hendel sees things a little differently. He believes that it is his job to push forward with two major communications revolutions: one involving fiber optics, and the other involving new-generation G5 antennas. “My approach is that anyone living within the borders of the state, from Eilat, the Negev and the settlements surrounding Gaza, to the Upper Galilee and the Golan Heights, must be brought under this infrastructure umbrella, with an emphasis on the periphery. When it comes to the Arab sector in general and the Bedouin sector in particular, this relates to the issue of governance and the connection these populations have with the state.”

Hendel went on to mention a June 2 incident between IDF troops and a group of Bedouin, who were suspected of stealing military equipment. The incident was filmed and broadcast widely, leading to sharp criticism of what was described as the inability to govern the Negev’s ‘’Wild West.” Hendel said: “As more and more advanced technologies are introduced into the region, there will be a greater sense of common interests between the local population and the state. Instituting good governance and the rule of Israeli law are part of what will bring progress and stability to these settlements. The local Bedouin leadership realizes that their young people want and need the internet so that they can succeed. I want every young Bedouin to get the same things that any other young person in the country receives, including the conditions necessary to advance in their studies and connect via high-quality technologies. This is all part of the fabric of rights and duties that each and every citizen has in their relationship with the state."

According to Hendel, close to 200,000 Arab students, including Bedouin students in the Negev, could not connect to the distance-learning programs for a variety of reasons. What this meant is that they missed the last few months of school entirely.

In practical terms, Hendel’s approach would obligate major infrastructure companies to expedite the placement of new communication lines to the periphery, with an emphasis on fiber optic cables, especially for the Bedouin communities of the Negev. A similar approach will be taken with cell phone companies, on which such a significant part of Bedouin society relies. They will be serviced with a network of new-generation G5 antennas, which will begin operating in the region.

On the other hand, Hendel has no plans to connect unrecognized Bedouin villages (villages built without permits) to permanent infrastructures. These communities are the subject of deep debate in Israel, since most of them sit on state lands and most petitions to the courts about their status have been rejected. Efforts to find permanent solutions to the problem have failed over the years, while these villages (there are now 37 of them) continue to grow. Figures released by Sikkuy, the Association for the Advancement of Civic Equality, which promotes equality between Jews and Arabs, show that at least 100,000 of the 250,000 Bedouin in the Negev live in these unrecognized villages. Of these, about 40,000 are of school age.

The human rights nongovernmental organization Adalah petitioned the Supreme Court to connect these communities. They failed. Instead, the court accepted the government’s claims that the state is not obligated to connect the settlements until their final status is determined. Justice George Kara ruled that “all residents of the Bedouin community scattered across the Negev are given the possibility and choice of relocating to permanent villages. They are not a population standing before an empty trough, as this case attempted to show.”

Hendel said that given the complexity of the issue, a technological solution should be found for any situation. He seems to be hinting at cell phone infrastructures, which are supposed to cover the entire country, without taking the borders or status of any specific localities into consideration. At the same time, he adds that one of his objectives is to encourage and support people who observe the law and who want to integrate into the country by accepting its governance. “Let’s help those who want to feel like the rest of us, who keep the law. I will not install advanced technological infrastructures for people who built illegally in unrecognized villages. Chaos should not be encouraged. That is not our objective,” he said.

The communications revolutions that Hendel is talking about, including the installation of fiber optic cables and advanced cellular lines, were delayed considerably over the last few years due to criticism of how the ministry was being run. Indirectly, the problem also involved one of the indictments facing Prime Minister Benjamin Netanyahu. It claims that he promoted regulations that were favorable to the communications giant Bezek.

Hendel promises that any impasses and delays will now be lifted, and communications companies will expedite the installation of new infrastructures with the backing of his ministry. The real test will be whether he is able to get this done. 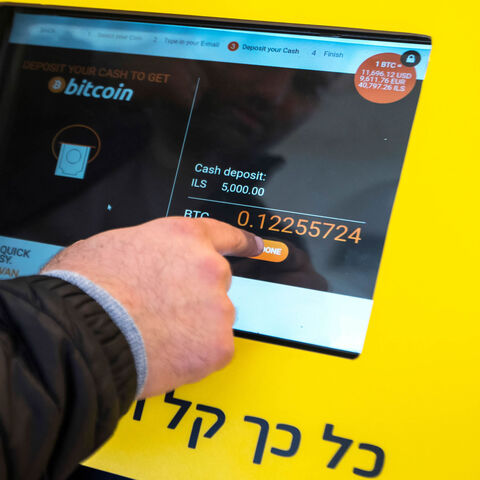 Israel could get own digital coin