Iraq sees slight drop in new COVID-19 cases after days with more than 1,000

The spread of the virus continues at an alarming rate in Iraq, particularly in Baghdad and Sulaimaniyah. 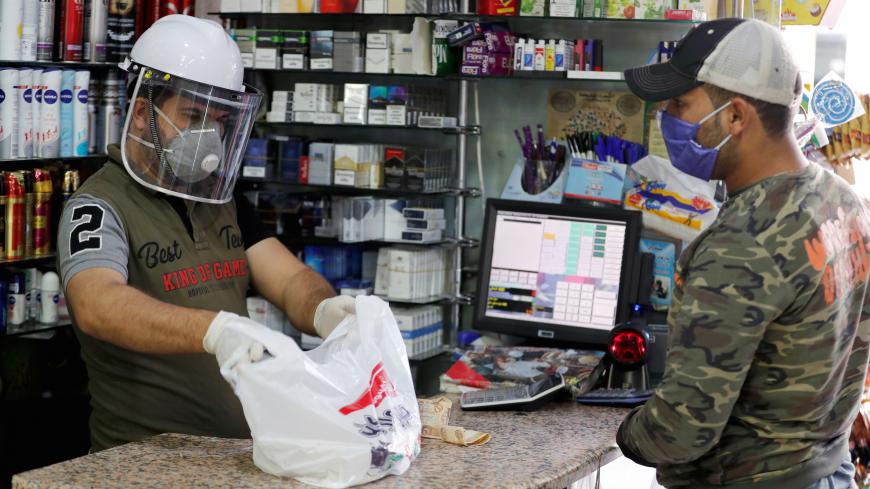 A man wears a protective face shield and a mask at an Iraqi store during a curfew imposed to prevent the spread of the coronavirus disease in Baghdad, June 7, 2020. - REUTERS/Khalid al-Mousily

The Iraqi Health Ministry reported 787 new COVID-19 cases today after days of recording more 1,000 infections daily. Still, the virus continues to spread rapidly in the country, prompting fears the situation will spiral out of control.

There were 1,115 cases Monday, 1,268 Sunday and 1,252 Saturday. On Friday, authorities registered more than 1,000 cases for the first time with 1,006 cases, making Friday, Saturday and Sunday all record-breaking days.

For comparison, Iraq reimposed a lockdown in the country late last month following days of registering only around 400 cases daily.

One reason for the jump in cases could be increased testing. The ministry said there were more than 10,000 samples collected today. There were some days last month where only around 2,500 samples were collected.

It is also possible that behavior by some among the public is responsible for the rise. The World Health Organization’s Iraq branch has noted a lack of adherence to health guidelines. also, protests are continuing in the country, as they are throughout the region, despite the virus.

Ali al-Bayati, a medical doctor and member of the quasi-governmental Iraqi High Commission for Human Rights, said there are several reasons for the increase in cases, including testing and economic reasons.

“The number of cases is increasing now, of course, because there is more testing,” Bayati told Al-Monitor.

Bayati also said some people are not following health guidelines. He said this is due to the poor economic situation in Iraq, where many have lost their income during the closures.

“It is characterized by economic status. There is a difficulty involved in staying home and leaving the main source of livelihood,” said Bayati. “There is a failure of the government to support those families.”

Bayati added that medical workers who show symptoms are not being given adequate opportunities to isolate and he criticized a prohibition by the Health Ministry on medical personnel talking to the media.

Iraq’s health care system has been hurt by years of sectarian violence following the US invasion in 2003 as well as the subsequent war with the Islamic State and its aftermath.