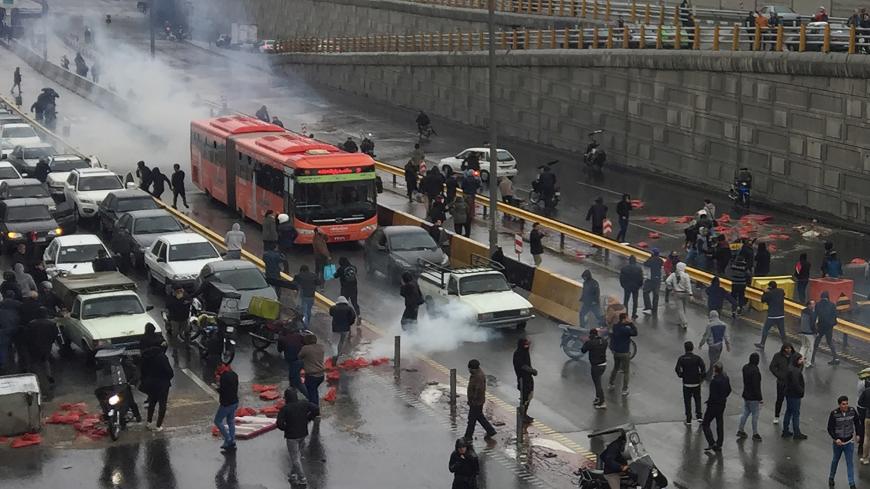 Iran's interior minister has acknowledged as many as 225 people were killed in the November protests over the government’s abrupt hike in fuel prices, state news outlets reported Sunday.

In the deadliest unrest since the 1979 Islamic Revolution, widespread anti-government demonstrations erupted in multiple cities last year over the Iranian government’s sudden decision to significantly raise prices and introduce a ration system for gasoline.

Amnesty International says at least 304 people died and thousands were injured in the bloody crackdown that followed. The rights group also documented the deaths of at least 23 children killed at the hands of Iranian security forces, most shot dead when police fired live ammunition into the crowds.

According to a group of United Nations experts, unverified reports indicated the death toll exceeded 400. The US government said security forces were behind as many as 1,000 protest-related deaths.

For its part, Tehran denied the death tolls and blamed the United States, Israel and Saudi Arabia as well as an exiled resistance group known as the Mujahedeen-e-Khalq for fomenting the unrest.

In December, Iranian state media outlets admitted that the security forces had killed “rioters,” but didn’t say how many. But on Sunday, Interior Minister Abdolreza Rahmani Fazli acknowledged that between 200-225 people were killed during the protests.

"Sad things happened,” Fazli said. “But when they attack a police station, they have to be confronted,” the ISNA news agency quoted him as saying. He added the fuel price hike had been "just an excuse" for violence from those who wanted a “civil war.”

In May, the US government announced a new round of sanctions targeting Iranian officials including Fazli for allegedly ordering lethal force be used on the protesters and bystanders.

"His — and the regime’s — goal was to quash these peaceful protests and suppress the rights of peaceful assembly and freedom of expression at any cost," US Secretary of State Mike Pompeo said in a statement.