Iran's president says citizens must wear masks as part of a “new phase” of dealing with the coronavirus pandemic. 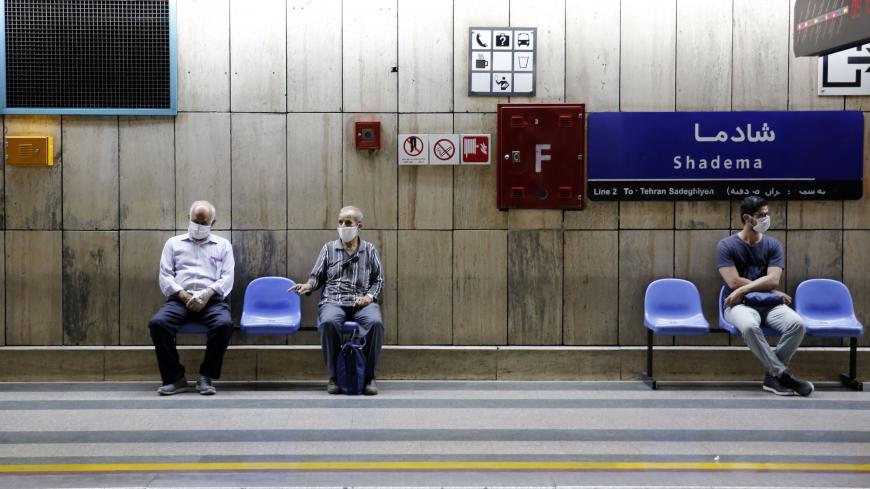 Iranian men wearing face masks are pictured at a metro station in the capital, Tehran, on June 10, 2020, amid the coronavirus pandemic.

Iranian President Hassan Rouhani says his country is properly handling its response to the coronavirus outbreak but is looking to make sure that people wear masks in public.

At a meeting of the National Headquarters for Combating the Coronavirus on June 25, Rouhani said that while some cities are seeing a spike in infections and deaths, “on the whole the rate of the outbreak … is on the decline.”

A spokeswoman for Iran’s Health Ministry, Sima Sadat Lari, said that in the previous 24 hours there had been 134 registered coronavirus-related deaths, the highest 24-hour total since April 7. The total put Iran over 10,000 virus-related deaths.

Rouhani said Iran, like many other countries, is “entering a new phase” in combating the pandemic. He said mask wearing is an “inevitable step” of this new phase. Rouhani said that while some countries have used the threat of fines to enforce mask wearing, he is planning on citizens voluntarily following health guidelines and that there is no need to use police or other enforcement agencies.

Rouhani said the National Headquarters for Combating the Coronavirus will be issuing guidelines to designate when and where masks must be worn. He also said that in order to make masks affordable, various agencies and ministries in the country will be tasked with facilitating their production.

The provinces with the highest rate of outbreaks are Khuzestan, Kurdistan, Hormozghan, Bushehr and Kermanshah. According to officials from Iran’s Health Ministry, Tehran and Fars province have the highest hospitalization rates due to the virus.

Health Minister Saeed Namaki visited hard-hit Khuzestan province. “In Khuzestan we are facing a serious epidemic,” Namaki said. He said the only way to address this is by following health guidelines and “helping one another.” Namaki said officials expect coronavirus numbers in the province to drop “in the next few days” from the current peak but said officials will continue to have to monitor the hospital situation and the number of local ICU beds available.

According to Iranian officials, some provinces have been hit harder because many citizens did not follow social distancing rules and also because of local customs. In Khuzestan, many visited family members at the end of Ramadan, which caused COVID-19 numbers to spike. Health Ministry officials also said weddings were causing high numbers of infections, claiming that “on average 50 people are infected” at weddings. Another large factor in the fast spread of infections has been funerals.