Iran has continued to see a rise in coronavirus-related deaths as the virus spreads across provinces. 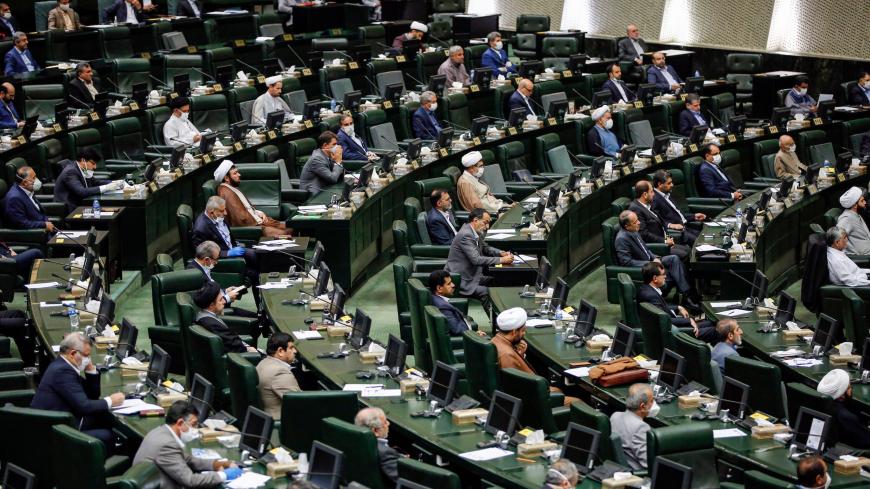 Iranian lawmakers attend a session at the Iranian parliament in Tehran on May 28, 2020. - AFP via Getty Images

Iran has seen its coronavirus infections and related deaths continue to rise as the virus spreads across the country. According to Health Ministry Spokesperson Sima Sadat Lari, total infections have exceeded 250,000. In the last 24 hours, there have been over 2,000 new coronavirus infections and 221 deaths, a record number of deaths for a daily period. Two days ago, Iran had reached its previous high number of deaths at 200.

Due to the high number of infections across various provinces, Iran has continued to place travel and work restrictions throughout the country. Currently, there are nine provinces that have been labeled “red zones,” meaning they need to follow the most restrictive travel guidelines and follow all other social distancing and health guidelines. There are also 10 provinces that have been issued “warning labels,” meaning they could soon be labeled red zones, including the capital city of Tehran.

Despite hopes that Iran had brought the number of coronavirus-related deaths under control, it appears to still be spreading. According to Mohammad Hussein Farhanghi, spokesman for the board of directors for parliament, 100 parliamentarians had been recently tested and nine of them have tested positive. The new parliament has just recently started its term and had held a very contentious hearing with Foreign Minister Mohammad Javad Zarif.

As the numbers continue to rise again, officials are once again asking the public to follow public health guidelines. At an emergency meeting for the National Headquarters to Combat Coronavirus, Health Minister Saeed Namaki was particularly emotional and lamenting the rise of cases despite all the difficulties already endured. Describing the efforts of the medical staff in Iran to address the first wave of the virus, Namaki said, “We [suffered] the most casualties.” Namaki added, “When everywhere was shut down, we were working in shifts of threes.” He said the initial effort was so successful that many assumed “it was easy” and therefore began to lax their social distancing and other health guidelines.

Commander of the Islamic Revolutionary Guard Corps Hossein Salami also spoke about the importance of following health guidelines and continuing to fight the spread. “The coronavirus has not weakened and is still active; every day a new geography is infected, and therefore we must not weaken,” Salami said. Given there is no cure at the moment, he said, the only “determining way” to stop the spread of the virus is through human behavior. He also called for the production of masks and other protective gear, but he did not say who would be tasked with making the protective gear.