The Associated Press obtained photos of the mock warship at a time of heightened US-Iran tensions. 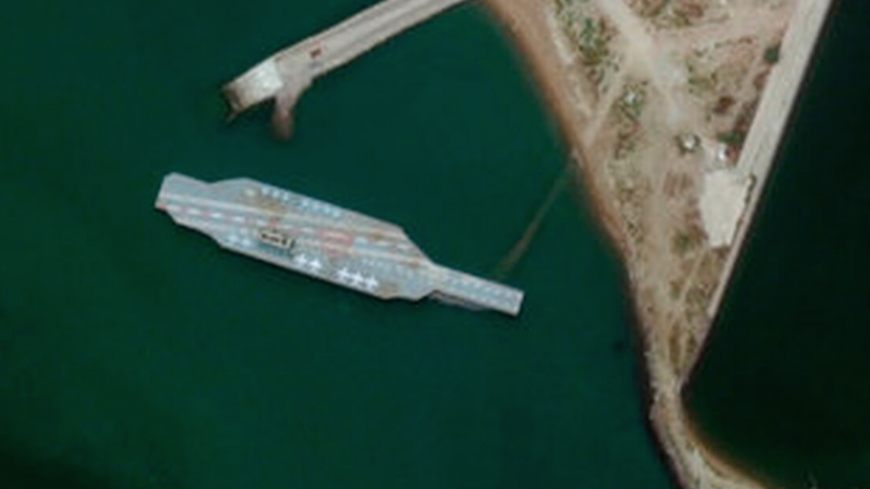 A satellite image of the mock aircraft carrier. - Twitter/Maxar Technologies

Iran has built a fake aircraft carrier that resembles a US one for naval drills, The Associated Press reports.

Satellite photographs obtained by the AP show a structure that looks similar to US Navy carriers that sail through the strategic Strait of Hormuz between Iran and the Arabian Peninsula. Iranian officials have not commented on the mock-up, which also carries replicas of fighter jets on its deck, the news agency said.

The development comes amid continued tensions between the United States and Iran in the Persian Gulf and around the world this year. In April, the US military released video showing Iranian speedboats maneuvering dangerously close to US ships in the Gulf. US President Donald Trump then threatened to destroy any Iranian vessels harassing the US Navy.

Iran also continues to send fuel tankers and aid flights to Venezuela despite vocal US efforts to stop them.

Iran also said today that it will execute a man, Mahmoud Mousavi Majd, accused of spying for the United States and Israel against Iranian military commander Qasem Soleimani, whom the United States killed via airstrike in Iraq in January.

The fake ship was in the Iranian port city of Bandar Abbas. Iranian forces destroyed a similar replica in 2015, the AP said.