Fighters affiliated with Yemen’s Southern Transitional Council hijacked a convoy carrying billions of foreign-printed Yemeni riyals near the port of Aden on Saturday. 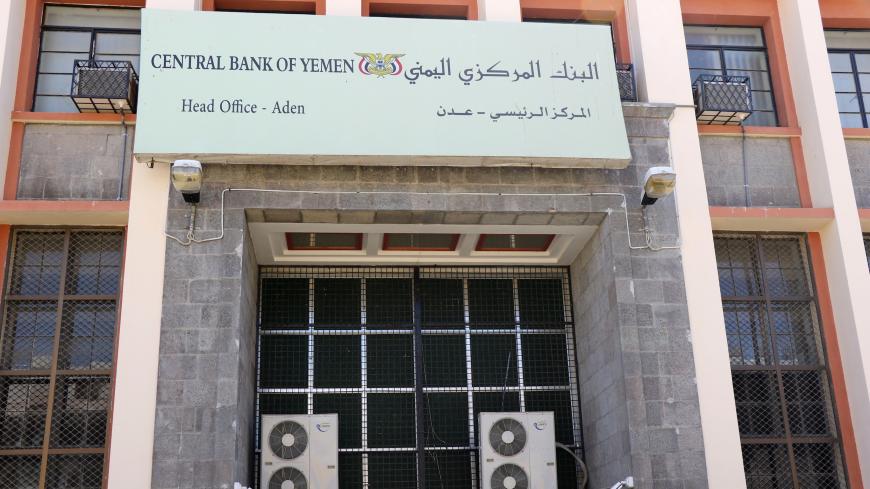 A view of the Central Bank of Yemen in Aden, Yemen, is seen in this picture taken Dec. 13, 2018. - REUTERS/Fawaz Salman

Fighters affiliated with Yemen’s Southern Transitional Council hijacked a convoy carrying billions of foreign-printed Yemeni riyals near the port of Aden on Saturday. The 64 billion riyals, printed in Russia, were bound for Yemen's central bank in Aden, Reuters reported.

Yemen’s central bank reported the heist and warned of “dangerous consequences.” The STC claimed responsibility for the seizure, saying it was done to end corruption and “prevent the use of public money in supporting terrorism.”

Why it matters:  The STC and forces loyal to the government-in-exile of President Abed Rabbo Mansour Hadi are on the same side of Yemen’s civil war in name only. Saturday’s heist is the latest in a series of rows between the supposed allies, the most prominent components of the Saudi Arabia-led military coalition against Houthi rebels who have taken control of Yemen’s north.

The heist is almost certain to worsen their relationship (which Saudi Arabia has so far proven unable to mend), thus potentially further benefitting the Houthis, who have links to Iran’s Islamic Revolutionary Guard Corps.

What’s next:  The latest round of indirect talks between the STC and Hadi government in Riyadh has made no clear progress. Saudi Arabia’s government wants out of the conflict but cannot simply cut and run, or the Houthis could expand their control, leaving an Iran-linked Zaydi Shiite state armed with ballistic missiles on the kingdom’s southern border.

Saudi Arabia has already been hit by a number of Houthi ballistic missiles as well as Iran-made drones and cruise missiles, the United Nations said last week. The UN has called Yemen’s civil war the world’s worst humanitarian crisis and has warned that the United States, Iran, France and United Kingdom may be complicit in war crimes for arming various parties in the conflict.

Know more:  As the United States pushes the UN Security Council to renew an arms embargo on Tehran, the UN said Iranian weapons used to bomb Saudi Arabia last year were obtained “in a manner inconsistent with” a 2015 resolution that enshrined the Iran nuclear deal.