Iran is facing a formal rebuke by the United Kingdom, France and Germany at the United Nation’s International Atomic Energy Agency for refusing to cooperate with the agency’s inspection of two sites believed to have housed nuclear research in the past. 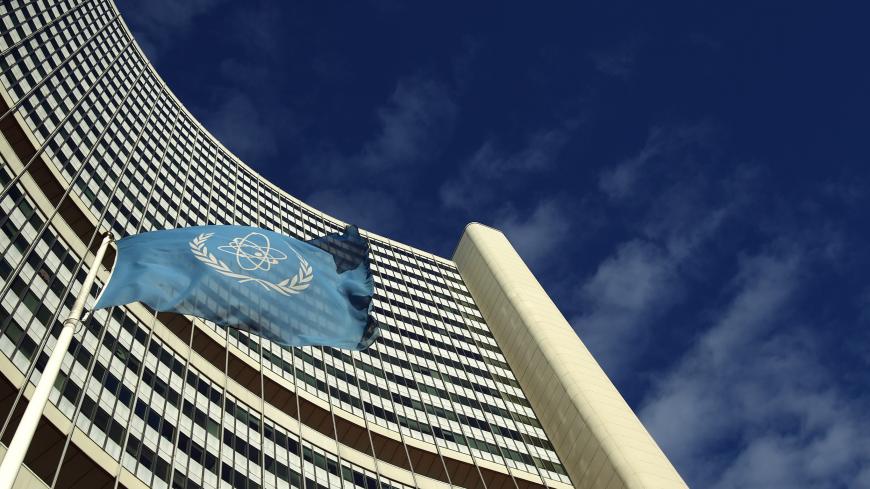 The flag of the International Atomic Energy Agency flies in front of its headquarters during a board of governors meeting in Vienna, Nov. 28, 2013. - REUTERS/Heinz-Peter Bader

Iran is facing a formal rebuke by the United Kingdom, France and Germany at the UN International Atomic Energy Agency for refusing to cooperate with the agency’s inspection of two sites believed to have housed nuclear research in the past.

The rebuke would be the first at the IAEA since 2012, which was also directed at Iran. A draft of the motion was first reported by Bloomberg.

The head of the IAEA reiterated accusations Monday that Iran has blocked the agency’s access to two now-defunct sites where nuclear research is believed to have been conducted in the early 2000s, according to documents obtained by the Israeli government. Iran’s government has said the information was fabricated.

One of the facilities was partially demolished and the other appears to have undergone efforts to “sanitize” it of evidence of nuclear research, the IAEA said. A third site was fully destroyed in the early 2000s, rendering it unfit for inspection.

Why it matters: The rebuke comes as the United States is urging UN Security Council members to renew an arms embargo on Iran for violating its obligations under the 2015 deal. The Trump administration says it will trigger a return of UN sanctions on Iran if the embargo is not renewed, setting the stage for a fight in the Security Council, as Russia and China are expected to block the return of sanctions. Russia’s Foreign Minister Sergey Lavrov criticized the US position, saying Washington cannot move to enforce an international agreement that it has pulled out of.

European countries have called on Iran before to stop violating its obligations under the 2015 nuclear agreement. The IAEA has reported that Tehran began enriching uranium beyond levels and quantities allowed under the deal in response to the United States’ unilateral withdrawal from the agreement in 2018. Iran said it can stop the violations if the Trump administration’s sanctions are lifted.

What’s next: The rebuke will likely be put to a vote later this week, with Russia and China expected to oppose it. Despite a recent prisoner exchange, the Trump administration shows no signs of readiness to lift its pressure on Tehran.

Know more: Iran is calling on the Security Council not to renew the arms embargo and not to rely on the documents obtained by Israel, Al-Monitor reports.