The International Monetary Fund official's predictions are worse than earlier ones as the Gulf deals with oil price drops and the COVID-19 pandemic. 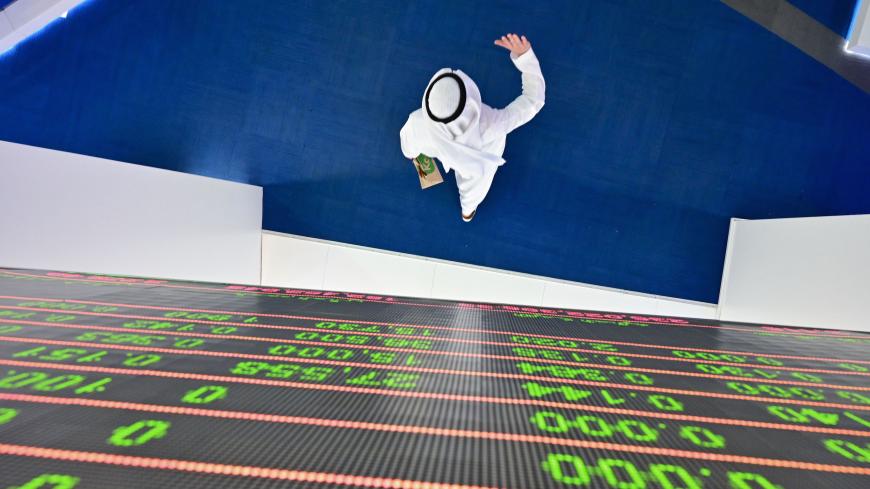 A trader walks by beneath a stock display board at the Dubai Stock Exchange in the United Arab Emirates, on March 8, 2020. - GIUSEPPE CACACE/AFP via Getty Images

Gulf economies will shrink more than twice as much as predicted, an International Monetary Fund (IMF) official said today.

The dual threat of the COVID-19 pandemic and price drops in oil threaten economic growth in Gulf Cooperation Council (GCC) states, according to the institution’s Middle East department director.

“We expect the GCC economies to contract by 7.6% this year; the contraction will be across all sectors, oil and non-oil,” said Jihad Azour at a forum today, according to Reuters.

In April, the IMF’s forecasts for GCC economic contraction were around 3%.

The GCC consists of Arab states in the Gulf, namely Saudi Arabia, Kuwait, Bahrain, Qatar, the United Arab Emirates and Oman. The region is rich in oil and the commodity is a major revenue source for these states.

A fall in oil demand caused by the coronavirus and a price war between Saudi Arabia and Russia led to a massive drop in global oil prices this year.

Brent crude, a global benchmark for oil prices, fell to a 21-year low of under $16 a barrel in April. In May, prices began to recover after dialogue led to production cuts. Brent was priced at more than $41 a barrel today.

In March and April, both the Emirati and Saudi private sector non-oil economies were already shrinking, according to the global information firm IHS Markit.

The pandemic continues to hit the Gulf hard, particularly Saudi Arabia, which is registering thousands of cases per day. However, several Gulf countries have recently lifted their virus-related lockdowns in bids to restart their economies. Saudi Arabia lifted its curfew last week, as did the Emirates. Qatar will begin reopening businesses Wednesday.

Restrictions remain in place in the region, though. Saudi Arabia will have a limited hajj pilgrimage this year, only allowing travelers who are already in the country to be pilgrims, for example.