Hundreds of mourners called for revenge during processions in East Jerusalem on Sunday. 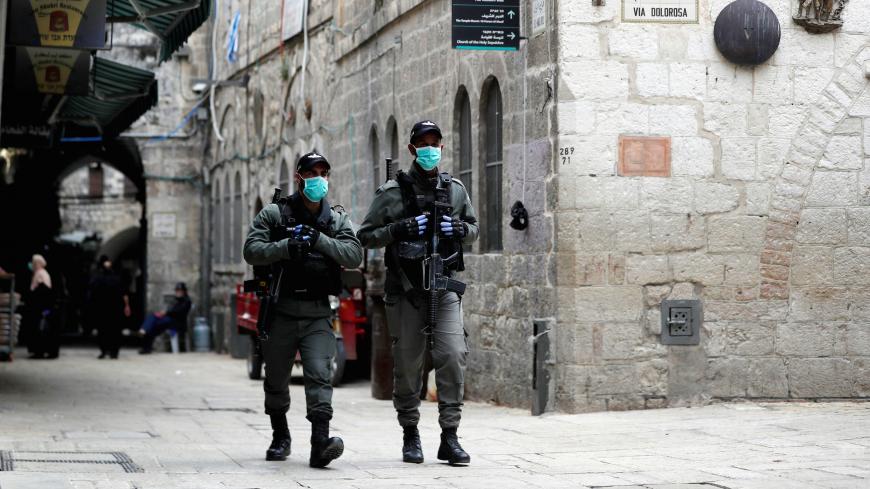 Israeli police wearing masks walk near a bronze sculpture by Italian artist Alessandro Mutto at one of the Stations of the Cross along the Via Dolorosa, amid the novel coronavirus outbreak in Jerusalem's Old City, April 2, 2020. - REUTERS/Ammar Awad

Thirty-two-year-old Iyad Halak was shot by Israeli police near a school for people with special needs where he studied and worked. Israeli police said they suspected Halak may have had a pistol and ran when he was ordered to stop near the Lion’s Gate. He was later found to have been unarmed.

“We are really sorry about the incident in which Iyad Halak was shot to death and we share in the family’s grief,” Gantz said, according to the Associated Press. “I am sure this subject will be investigated swiftly and conclusions will be reached.”

Hundreds of mourners called for revenge during processions in East Jerusalem on Sunday. At least one Israeli police officer was placed on house arrest over the weekend during an investigation into the shooting, The Times of Israel reported.

A lawyer for Halak’s family called the incident “murder,” saying that that eight rounds had been fired at him, according to the Jerusalem Post.

Individual Palestinians have attempted a number of car-ramming and knife attacks on Israeli security forces in recent years. Rights groups have accused Israeli police and the IDF of excessive force.

On Friday, IDF soldiers shot and killed a Palestinian driver near a settlement in the West Bank, saying he had attempted to ram them. The incidents come as tensions build over Prime Minister Benjamin Netanyahu’s plan to annex swaths of the West Bank with the approval of the US administration.