Erdogan aims for 'new era' in US-Turkey ties, with Libya top of agenda 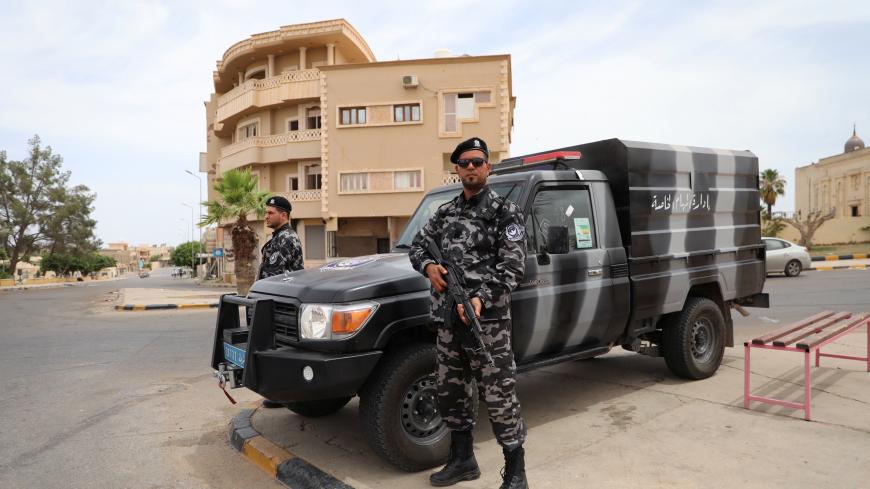 Erdogan rekindles connection with Trump for next phase in Libya

Turkish President Recep Tayyip Erdogan announced a "new era" in relations with the United States after a June 8 telephone call with US President Donald Trump. It will be anchored in Erdogan’s personal connection with Trump, and the top agenda item is Libya.

Erdogan’s “endeavor to enlist the American president as his soulmate is not solely emotional,” writes Cengiz Candar. “The military success in Libya that put Turkey on the map as the main supporter of Libya's internationally recognized Tripoli-based Government of National Accord (GNA) heralds potential confrontation with Russia in Libya and Syria.”

“Perhaps more importantly,” Candar continues, “Turkey’s Libya adventure will put Turkey in a dangerously escalating position vis-a-vis Greece, Cyprus, France and some other EU countries. The maritime agreement Turkey reached with the GNA in 2019 overlaps Greece's Exclusive Economic Zone and thus considered a violation of sovereignty by Athens. The conflict continues to escalate as Greece recently signed a maritime agreement with Italy in response to Turkey’s move.”

Turkey’s military support for the GNA in recent weeks has tipped the scales against Khalifa Hifter’s Libyan National Army, which has been backed by Egypt, the UAE and Russia.

Although Turkey initially rejected a cease-fire promoted by Egyptian President Abdel Fattah al-Sisi, writes Diego Cupolo, there are signs diplomacy still might have a chance, as Erdogan plays his cards with Trump and Russian President Vladimir Putin.

Trump spoke with Sisi on June 11, three days after his call with Erdogan, and expressed support for Sisi’s cease-fire initiative. That same day Turkish Foreign Minister Mevlut Cavusoglu called on the United States to "play a more active role in Libya, both for achieving a cease-fire and in the political process."

With the Turkish military intervention succeeding in beating back Hifter’s forces, Russia could shift its political support to Aguila Saleh, head of the Tobruk-based House of Representatives, who may be a more favorable political interlocutor for Turkey.

“A point of convergence seems to have emerged with Russia,” explains Fehim Tastekin, “to bring the Tripoli and Tobruk forces to the negotiating table in a scenario where Hifter is excluded and thus the UAE, Egypt and France are sidelined from the game.”

Amberin Zaman observes that some in the Trump administration may consider Turkey a "counterweight’" to Russian and Iranian influence in Syria, following battles in Idlib between Turkish and Syrian forces (backed by both Russia and Iran) which began in January. Erdogan, for his part, doesn’t see it that way, but “appears happy to encourage the belief that [Turkey] can play with Washington against Moscow, and in doing so, help level the field with Moscow when seeking accommodation with it in Syria and now Libya,” Zaman writes.

“From Syria to Libya, from the Black Sea to the Mediterranean, Erdogan now figures that Turkey needs America politically and strategically more than it did some months ago. He learned by experience that getting the United States on board by making Trump his personal friend is easier than any other way,” Candar concludes.

Meanwhile, US-Turkey relations have stumbled on familiar issues, although probably little more than pebbles in the shoes of how Trump and Erdogan see their relationship.

A statement by the Turkish Ministry of Foreign Affairs slammed the State Department report for its lack of objectivity and “unfounded accusations based on ambiguous sources.”

There is an issue of potentially greater consequence: A Turkish court sentenced Metin Topuz, a local employee of the US Consulate in Istanbul to nearly nine years in prison for alleged links to outlawed US-based Sunni cleric Fethullah Gulen, who Turkey considers a terrorist and blame for the attempted coup in 2016.

The US Embassy in Ankara expressed disappointment in a series of tweets about the verdict, Zaman writes, but “the reaction is markedly milder than the visa sanctions the United States had slapped on Turkey when Topuz was first arrested and speaks to the new balance that has emerged between the NATO allies.”

Mideast economies on the downside

This week the World Bank revised downward its already gloomy outlook for the region, forecasting an economic contraction of 4.2%, with the risk "heavily tilted to the downside" because of COVID-19, weak oil prices and ongoing conflicts in Syria, Yemen and Libya.

Even in this new grim projection, Lebanon stands out. Its economy is expected to shrink by 10.9% this year and 6.3% in 2021 — the only country in the region where economic growth is not expected next year. And this follows the economy shrinking by 1.9% in 2018 and 5.6% in 2020. Lebanon this week saw a resurgence of rioting and protests as its currency value and economy have plummeted, as Michael Kranz reports.

Iraq’s economy is projected to contract by 9.7% this year. A report by the International Organization for Migration this week highlighted the impact of COVID-19 on small and medium enterprises in the manufacturing, food, retail, service and other sectors in Iraq.

Ali Mamouri reports on the launch of the US-Iraq Strategic Dialogue this week. A joint US-Iraq statement noted that the “US discussed providing economic advisors to work directly with the government of Iraq to help advance international support for Iraq’s reform efforts, including from the international financial institutions in connection with firm plans to enact fundamental economic reforms. The two governments discussed the potential for investment projects involving world-class US firms in the energy and other sectors, provided that business conditions are favorable.”

Iraq, Lebanon and other countries are undertaking urgent economic reforms that will involve some degree of austerity, subsidy reduction and transparency. This process is always challenging and often painful for citizens, and is made even more so by the need to address the coronavirus pandemic amid low oil prices and an often contentious political setting.

“If reform initiatives are not integrated as part of COVID-19 policy responses,” the bank concludes, “further delays could hinder medium and long-term growth prospects in the region via lower rate of job creation and private sector development.”