Egypt’s top film festivals gearing up to open as scheduled

As Egypt begins to gradually lift restrictions imposed to stem the spread of the coronavirus, the country’s top film festivals are preparing to hold their events in the coming months while taking the necessary precautionary measures. 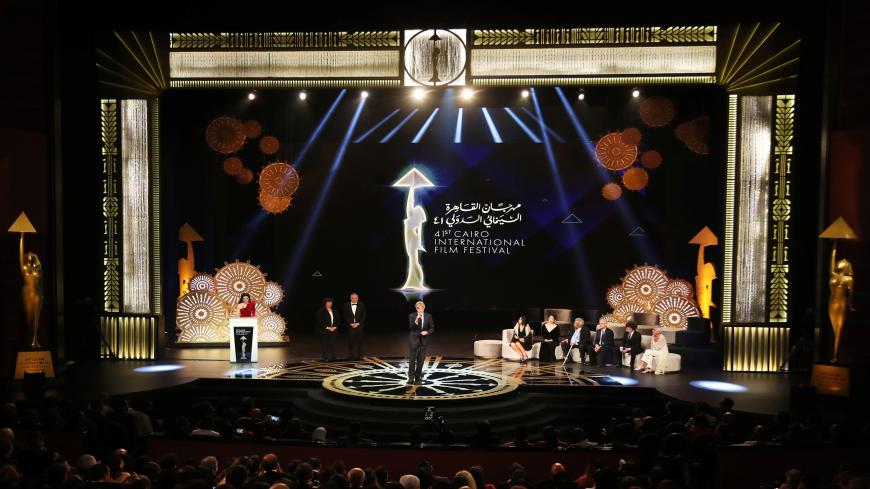 As Egypt decides to ease restrictions in the fight against the coronavirus, the country's international film festivals — which are scheduled for the coming months — continue preparing for their 2020 editions.

During the first half of the year, the global film industry was severely affected by the coronavirus pandemic leading many film production companies to delay new releases. Large international film festivals were canceled, like the Cannes Film Festival, or postponed, like the Academy Awards and the Golden Globes.

However, filmmakers and film critics still hope theaters will welcome filmgoers for festivals in the second part of 2020; the film festivals in Venice and San Sebastian are set to go ahead as planned, while the Toronto International Film Festival has announced plans for a smaller 2020 edition with virtual red carpet premieres and drive-in screenings.

On June 12, CIFF announced that it is accepting submissions for its 42nd edition, which is scheduled to be held on Nov. 19-28.

According to an official statement, CIFF will implement the guidelines by the Egyptian government and the World Health Organization in order to ensure high healthy safety measures.

In the statement, CIFF President Mohamed Hefzy said, “The coronavirus pandemic has imposed a considerable challenge to the international film industry. Nevertheless, CIFF’s management is committed to holding a successful and safe edition if the situation allows, while emphasizing the safety and well-being of its staff as well as local and international guests.”

While Egypt has recorded close to 60,000 confirmed cases with over 2,400 deaths, the government has already opened a small number of hotels in some coastal cities; further relaxation of the lockdown measures are expected in the coming weeks.

The latest decisions could benefit El-Gouna Film Festival, which is scheduled to take place on Sept. 26, as it is located in el-Gouna, a luxurious Red Sea resort.

“We started preparations for the festival in late January and since last month our team has been working on how to achieve high health safety measures and social distancing in our theaters,” Amir Ramses, artistic director of El-Gouna Film Festival, told Al-Monitor.

“The number of filmgoers and participants may decrease, but we may be able to keep the same numbers as last year,” he said.

But, despite Egypt’s announcement that it will resume international flights starting July 1, this is still not a green light for festival managers.

“As an international festival committee, we are looking forward to the opening of airports around the world — not just in Egypt because our guests come from different destinations,” Ramses added.

In July, some airports in Europe and the Middle East, including in Egypt, Greece, the United Arab Emirates and the United Kingdom, will reopen. However, other countries may not reopen their airports for international flights until September.

“We are still waiting for more decisions from the government. For now we have one option — which is to work on the preparations and be ready with plans to cope with the changes. And that’s what we are doing,” Ramses said.

Al-Amir Abaza, head of the Alexandria Film Festival for Mediterranean Countries, said that he is also preparing for the festival, which is set to take place in October. “We are making festival preparations, but we still need to make sure that everything will be alright,” Abaza told Al-Monitor. “We will definitely increase health safety measures and will consider decreasing the number of available seats."

Recently, some international festivals have successfully organized online events, such as the Copenhagen International Documentary Festival and the Cannes Marche du Film. Egyptian festival managers are considering holding some events online, too.

“The virtual/online experience has proved to be very powerful as online events are accessible to more people. We will definitely consider holding some of the events or activities of the festival online like the panels and seminars. But of course we will not go totally online,” Ramses noted.

Abaza said that some events of the Alexandria film festival can be posted online, but film screenings cannot, so it’s important for the festival to be held in a theater.

But some believe that these festivals can pose a health risk given the fact that Egypt has not yet witnessed a decline in coronavirus cases. Abaza commented in this regard, “We are dealing with the virus now, but maybe next month its impact will have declined. We will adjust to whatever the doctors or health experts say. We are preparing for the festival in the hope it can go ahead. I’m always optimistic.”