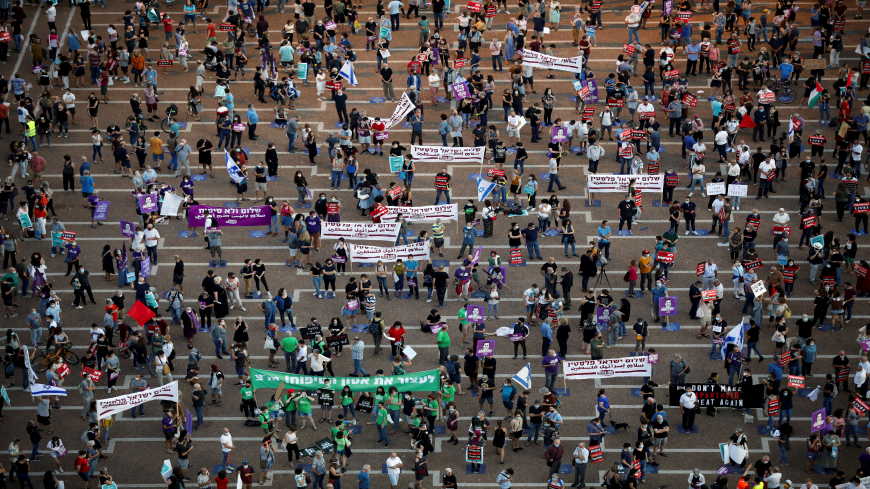 A slew of Democratic Senate candidates hoping to unseat Republican incumbents in key battleground states came out today against Israeli efforts to annex parts of the West Bank.

The left-leaning lobby group J Street touted their warnings as part of its ongoing campaign to deter annexation. The rival American Israel Public Affairs Committee (AIPAC) took the unusual step of greenlighting Democrats to push back against annexation without fear of repercussion, so long as the criticism stops there, the Jewish Telegraphic Agency reported last week.

“Unilateral Israeli annexation of territory in the West Bank undermines efforts to achieve a two-state solution,” said Jon Ossoff, who hopes to unseat Sen. David Perdue, R-Ga., in November. Ossoff said, “A sustainable and humane resolution of conflict can only be achieved by diplomacy. Annexation would represent an abandonment of the peace process established in Oslo in 1993, and it would confirm the failure of contemporary Israeli and Palestinian political leaders to resolve these disputes diplomatically.”

“The two-state solution remains the best way to achieve long-term peace and stability for both Israelis and Palestinians,” said Hickenlooper, adding, “I oppose unilateral actions that move us away from this goal, including annexation of the West Bank. In the Senate, I will continue to advocate for advancing Israel’s security and stability and work with J Street toward achieving lasting peace in the region.”

Hickenlooper, who has historically boasted warm ties with AIPAC, joins 28 Democratic senators who have issued similar warnings. The confluence of AIPAC-friendly centrists, such as Sens. Chris Coons of Delaware and Amy Klobuchar of Minnesota, adapting J Street’s position on annexation illustrates the extent to which annexation has become a partisan issue within both the United States and Israel.

Unlike J Street, AIPAC has not taken a formal position on annexation. However, AIPAC President Betsy Berns Korn praised President Donald Trump’s peace plan, which calls for Israel to annex its West Bank settlements and the entire Jordan Valley, at the organization’s annual conference in March.

But recently, the Donald Trump administration has sought to dissuade Israel from moving forward with annexation next month amid ambivalence from Prime Minister Benjamin Netanyahu’s coalition partners in the Knesset.

Netanyahu said today that the Trump administration wants Defense Minister Benny Gantz, who leads the rival Blue and White faction as part of a power-sharing deal, on board with the annexation plans before proceeding. His remarks came after he met with US Ambassador to Israel David Friedman and Gantz over the weekend.

The prime minister also hinted that he may not proceed with annexation next month despite previous reports that he had initially pushed for July in case former US Vice President Joe Biden defeats Trump in November. J Street made its first-ever presidential endorsement in April and backed Biden, who also opposes annexation.