Why is Erdogan afraid of free bread?

Turkey's main opposition party has successfully turned the pandemic into an opportunity by building a dynamic grassroots movement in the face of authoritarian rule. 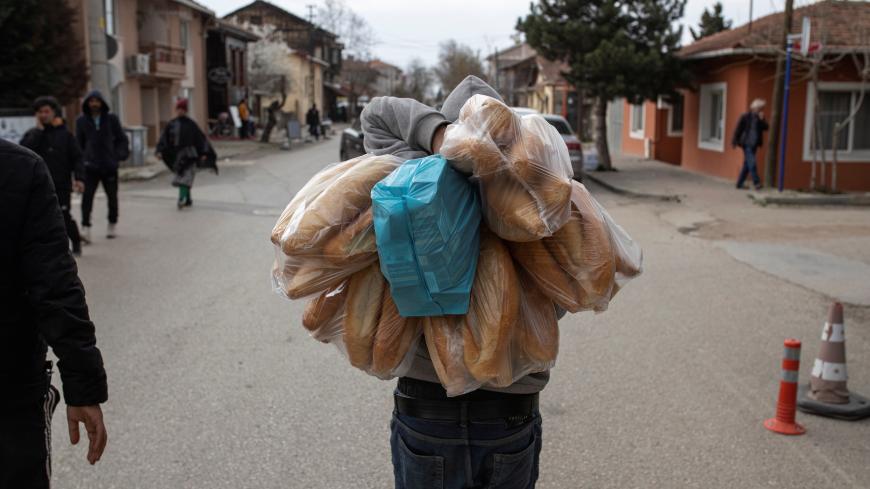 The COVID-19 pandemic has made life difficult for everyone, especially for those battling poverty. In 2019, official figures said 18 million, or 22% of Turkey's population, were living below the poverty line; these numbers have likely increased this year as unemployment and inflation have risen, in large part due to the coronavirus.

Turkey's 2019 municipal elections tipped the balance in favor of the opposition in local governments. The municipalities headed by the main opposition Republican People’s Party (CHP) govern 48.4% of the population. Although the Justice and Development Party (AKP) led by President Recep Tayyip Erdogan has grabbed power from the pro-Kurdish Peoples' Democratic Party in many municipalities, the AKP’s control of local government is still second in rank to the CHP's.

In the face of the pandemic, municipalities started fundraisers to aid those in need. The central government's decision to declare them illegal stopped the fundraisers, including those run by the AKP.

However, people's needs did not disappear when Ankara decided that the central government should control the aid collection and distribution single-handedly. To help their constituents, local governments quietly connected donors with those in need. The system is user-friendly. Those in need submit their utility bills to the municipality. Donors go online and pay one or more of the bills. Donors receive a receipt, but the recipients’ names are confidential. Just in Istanbul, the municipality has received over 1 million requests for help.

Izmir Mayor Tunc Soyer told Al-Monitor, “I am proud because in these difficult times we provided regular services along with those that were pandemic-related, and increased social solidarity and cooperation. We made sure under curfew that everyone had bread, food and clean water. During Ramadan we delivered meals to each household that would have otherwise gone hungry.”

Burdur Mayor Ali Orkun Ercengiz told Al-Monitor, "In line with our social solidarity policies we reached out to all residents and attempted to produce solutions for their specific needs. … We started producing medical masks to minimize the community spread of COVID-19. Ankara launched an investigation about what we were going to do with the masks and why we were producing them.” Ercengiz, a pharmacist, said this baffled him, and asked, “How could producing masks and distributing them free of charge to the public be investigated as a crime?” Ercengiz said he believes members of the public are following the political tug of war carefully because they are directly affected by the results.

The mayor of Izmir’s Cigli district, Utku Gumrukcu, told Al-Monitor that he was most impressed by the enthusiasm and high numbers of donors. He said, “We reach out to everyone without discrimination. If someone says they need help, we take their word for it.”

Several CHP officials contacted by Al-Monitor said that the more the AKP attempted to block aid, the more donors were eager to help CHP municipalities. Even well-known AKP members reached out to donate to CHP municipalities, saying that was where they lived and that they were confident their donations would reach those in need. Given that corruption is seen as on the rise in Turkey, this sort of trust is remarkable. The AKP’s lack of transparency is not limited to government spending. For example, the 338 million liras ($50 million) the public donated for July 15, 2016, coup victims still has not been distributed.

Tarsus Mayor Haluk Bozdogan of the CHP told Al-Monitor, “We did not want to engage in bitter quarrels with Ankara but rather be the problem-solver in times of this pandemic. We helped to aid our farmers and distributed the produce in Tarsus. The needs of our residents guide our policies.”

Seren Selvin Korkmaz, the co-founder and executive director of the IstanPol Institute, told Al-Monitor that there are at least two immediate consequences of CHP municipal governments' successful management during the pandemic. “The perception that the CHP cannot do anything is tarnished,” Korkmaz said. The AKP for a decade has been propagating the slogan "others talk while the AKP gets the work done.” The AKP has lost the exclusive bragging rights to getting things done.

Korkmaz said the second consequence “is a vivid mobilization in the ranks of the CHP as a political party.”

Political scientist Baskin Oran, who long taught international relations at Ankara University, told Al-Monitor, “These acts [of opposition municipalities] are the first and strongest resistance against the AKP and its one-man regime." He said the municipalities’ actions were so strong that they were, in effect, a coup. Oran said one reason Erdogan’s grip on power has been so strong for so long was a lethargic opposition.

The CHP has been perceived as incompetent, outdated and quixotic. Now, the outreach methods CHP municipal governments have adopted during the pandemic may be a simple yet crucial milestone.

Grassroots solidarity movements centered around meeting basic communal needs such as health care, education or bread could be an effective form of resistance to growing authoritarianism. In Turkey, the opposition’s municipal administrations have shown four ways of battling one-man rule:

Leave no one behind: The aid has been distributed fairly and equitably, not discriminating against any identity marker (party, ethnicity, religious belief, etc.). AKP members were embraced rather than threatened.

Create community solidarity: The aid was needs-based and was met by willing donors. The recipients’ and donors’ identities were kept confidential to minimize embarrassment of those in need, and the privacy of those who want to help.

Keep serving the public in a transparent manner: CHP municipalities kept providing services on a dual track — regular duties and emergency services due to the pandemic. They acted in a uniform manner: When free bread distribution was banned, they sold a loaf for a penny.

Be a go-getter: The CHP’s youth movement is rejuvenated. Young voters’ support for the AKP has been diminishing quickly since 2016. An alternative is now possible. Changed perception of CHP provides hope against populist authoritarian rule.

Ankara is determined to alter the electoral system to minimize AKP losses. In the next months, one should expect to see the AKP establishment working to destroy the new image of CHP, hunt down its young grassroots organizers and intensify tacit support for Islamist or right-wing opposition candidates to take the spotlight. Erdogan has a good track record of co-opting right-wing opposition into his coalition's rank and file. Grassroots outreach is the best way for the opposition to form solidarity against a deepening populist power grab.