Turkey’s President Recep Tayyip Erdogan has killed rumors that his ruling party may gamble on snap elections to retain its 18-year grip on power, but he's clearly feeling the heat. 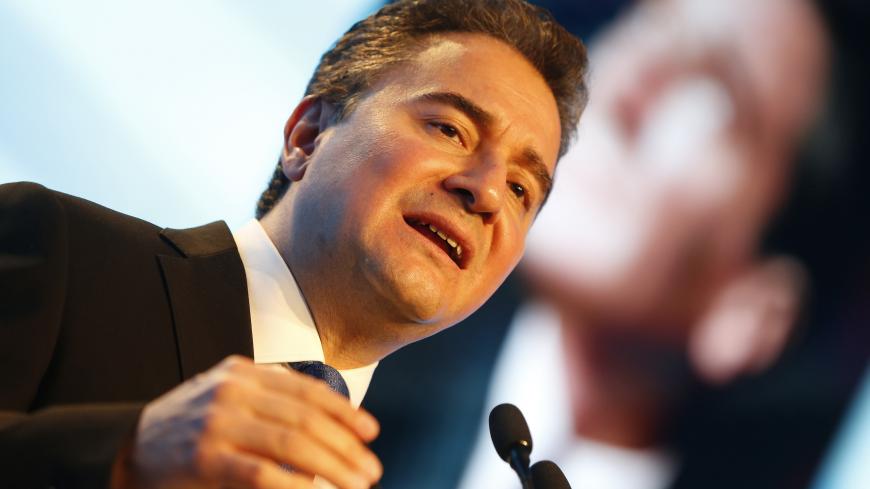 As Turkey’s frail economy reels from the compounding blows of the global coronavirus pandemic, there is mounting speculation that the Justice and Development Party (AKP) may gamble on snap elections to retain its 18-year grip on power. President Recep Tayyip Erdogan put the kibosh on such rumors over the weekend: “We have three years before us to implement our programs and to rekindle emotional bonds with our people,” he told a virtual gathering of all 81 provincial chapters of the AKP. Under normal circumstances presidential and parliamentary elections are due to be held in 2023, the centennial year of the founding of the modern republic by Kemal Ataturk.

But there is little doubt that the 65-year-old who has towered over Turkish politics for almost three decades is feeling the heat. “Just think about it, some people who I gave jobs to during my premiership are attacking us in different ways. For goodness sake, you are just a minister. Do you think you could take a single step without the approval of the prime minister? Who are you conning?” he groused. Erdogan was alluding to Ali Babacan, his former economy minister who by sticking to IMF strictures in the early years of AKP rule helped steer the Turkish economy to stellar growth, helping in turn to cement his former party’s electoral fortunes. Erdogan clearly felt stung that Babacan was taking the credit for the once booming economy. In doing so, the usually combative Erdogan betrayed signs of fear, reckoned veteran pundit Rusen Cakir in an editorial posted on MedyaScope TV.

Since launching his Deva Party — the acronym means "cure" in Turkish — Babacan has begun to create something of a buzz. Criticized for being too meek, notably when he failed to speak up against the 2017 referendum that eased Erdogan’s path to one-man rule, the 53-year-old nicknamed “bebecan” or "baby face" because of his youthful looks is changing his ways. He is taking ever bolder swipes at the government and its informal coalition partner the far-right nationalist leader, Devlet Bahceli over corruption, economic decay and an appalling human rights record during appearances on opposition news channels long shunned and bullied by the AKP.

In an interview with popular anchor Cuneyt Ozdemir streamed live over YouTube last night, interest was so high that Ozdemir extended the one-hour show by an extra 60 minutes. Asked what his first order of business would be if he were to come to power, Babacan responded, “One of the most important problems of the country is freedom. Creating an atmosphere is a matter of political will, as simple as snapping one’s finger. As simple as saying, “Hey the media, journalists, from here on you are free, write what you will, we will no longer interfere.”

A slick mini documentary with English subtitles posted on May 17 and featuring Babacan in different settings — on a bike, in a coffeehouse and at Ataturk’s mausoleum to the sound of Billie Eilish’s “No Time to Die” — is believed to have been what triggered Erdogan. It has been viewed more than 1.8 million times so far.

For now, Babacan and former AKP Prime Minister Ahmet Davutoglu, who formed his own Gelecek or Future Party, hardly pose a threat. According to a May survey by Ankara-based Metropoll, neither party scores above 2% when swing voters are not factored into the results.

But with the economy consistently rated as Turks’ top worry, the AKP and Erdogan’s popularity are steadily slipping with both hovering above 30%, various polls suggest, particularly among younger people. Others however show Erdogan holding steady at 50% or so.

The median age in Turkey is around 32, with 18 to 31-year-olds accounting for more than one third of the electorate. By conservative estimates, some four million people will become eligible to vote in 2023, says Nezih Onur Kuru, a political analyst and doctoral candidate at Istanbul’s Koc University. That’s the real problem for leaders like Erdogan and Bahceli, who have a hard time attracting the youth, particularly from the middle classes, Kuru told Al-Monitor in a telephone interview.

The children of pious Erdogan voters do not harbor the same grievances as their parents who mobilized around bans on the Islamic headscarf imposed by Turkey’s once powerful generals. At the same time, “they are unable to jump up the social ladder in the way their parents did, because the economy is doing so badly,” he said. They are also less likely to be drawn by Erdogan’s polarizing and often Islam-themed rhetoric. Recent studies show that the more access people have to university education the more secular minded they grow. As such, the AKP may be a victim of its own success, Kuru observed. In the past decade, the number of university students in Turkey has nearly trebled from three to eight million.

“Babacan has a good resume. His image is not that distant from that of a modern secular individual. He can draw votes from across the ideological and ethnic lines, and his record on the economy and calls for a return to parliamentary democracy increasingly resonate,” Kuru said. Should he along with Davutoglu decide to join forces with the constellation of opposition parties that dislodged the AKP from the metropolitan municipalities in Istanbul and Ankara, Erdogan and Bahceli could face big trouble.

With this in mind, Bahceli has called for amendments to the political parties law that currently allows lawmakers to cross party lines. The leader of the main opposition Republican People’s Party (CHP), Kemal Kilicdaroglu, has offered to “lend” enough of his own lawmakers — 20 each — to Babacan and Davutoglu so they can respectively have enough to form a parliamentary group. The lifeline could prove critical in the unlikely event that early elections are held because in order to qualify to run, a party has to have formally established itself in at least half of all 81 provinces and six months prior to an election. Having a parliamentary group allows a party to circumvent this rule.

The Istanbul rerun in which Erdogan sought to wrest Istanbul after losing it in March 2019 and claiming fraud displayed Erdogan’s determination to retain control. But it backfired spectacularly, with the CHP's Ekrem Imamoglu romping to victory with an 800,000-vote lead. This was largely due to Kurdish support, which will become even more critical in future elections as their share of the population continues to grow. But Erdogan continues to play hardball, notes Sinem Adar, a Mercator fellow at the Berlin-based SWP think tank, replacing dozens of democratically elected Kurdish mayors and sabotaging opposition mayors’ efforts to serve their constituents during the COVID-19 pandemic.

“Staying in power for those running Turkey has become a matter of life and death among different factions and for different reasons,” Adar told Al-Monitor. But cracks within the ruling alliance are beginning to show, as when Erdogan shot down the possibility of early elections and his lieutenants dismissed Bahceli’s talk of tweaking the political parties law.

“Every time they resort to dirty tricks they prove how big a threat these new political parties pose. The electorate at large perceives these panicky moves as a further sign that the ruling alliance is collapsing,” said Aykan Erdemir, senior director of the Turkey program at the Foundation for the Defense of Democracies. "The real test for Babacan and Davutoglu is whether they have enough momentum and courage to push back or fold under pressure, which is in any case sure to grow,” Erdemir told Al-Monitor.

Editors' note: June 28, 2020. This article been updated since its initial publication.