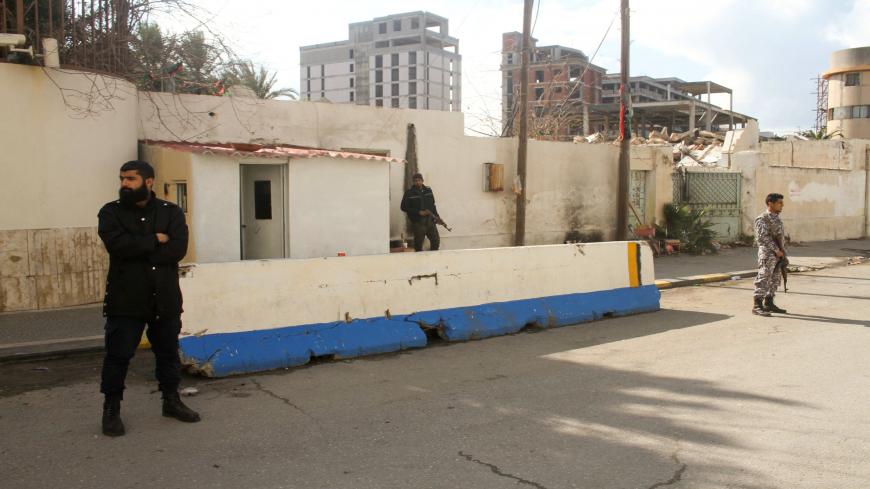 Shelling from rebel forces in Libya hit near the Turkish and Italian embassies late last night, Reuters reported. The embattled Tripoli government continues to hold on to the capital amid the rebel offensive and support for both sides from regional rivals in the region.

Libyan strongman Gen. Khalifa Hifter’s Libyan National Army (LNA) controls most of eastern Libya and made a renewed effort to take Tripoli in March. Hifter receives support from the United Arab Emirates, Saudi Arabia, Egypt and Russia. Their opponent, the Government of National Accord (GNA), is recognized by the United Nations and receives support from Turkey. However, it only controls Tripoli and some other parts in the northwest. Libya has been in a state of conflict since the successful NATO-backed armed rebellion against longtime ruler Moammar Gadhafi in 2011.

At the European Commission daily press briefing Friday, EU foreign policy spokesman Peter Stano said at least nine people have been killed in various attacks in Tripoli in the past two days.

The embassies are in a central district of Tripoli and the targeting of this area could be an expansion of Hifter’s offensive. A missile also struck next to the Turkish Embassy and shells hit Tripoli’s port, prompting the UN to cancel a mission to help rescued migrants at sea, according to Reuters.

Italy strongly condemned the shelling, which it said targeted civilians and killed two near the ambassador’s house.

“Italy strongly condemns yet another attack by Haftar forces against civilians which also hit the area around the Italian Ambassador's residence causing at least two deaths,” the Italian Ministry of Foreign Affairs wrote in a tweet. “These attacks are unacceptable and denote contempt for international law and human life.”

Shelling near the Turkish Embassy is significant because of Turkey’s prominent role in supporting the GNA. Turkey, a NATO member active in Syria, provides considerable military support to the government, which has helped it stave off Hifter’s recent push to take the capital. The GNA’s use of Turkish drones, for example, has helped it achieve recent success on the battlefield.