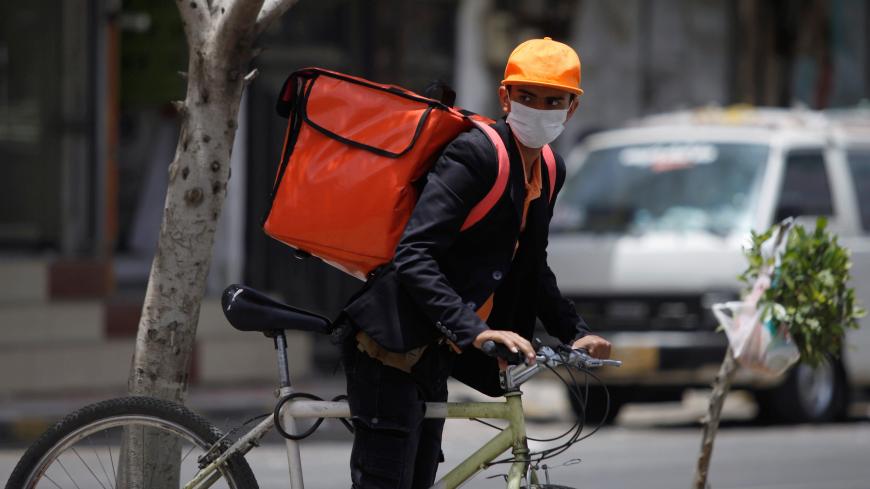 A deliveryman wearing a protective face mask rides his bicycle amid fear of the coronavirus disease in Sanaa, Yemen, April 10, 2020.

Yemen has more coronavirus cases than the official numbers in the war-torn country show, according to a report today by Reuters.

Yemen is split between a Saudi-backed government in the south and the Iran-backed Houthi rebels in the north and the capital, Sanaa. Together, they have reported at least 70 coronavirus cases, with only two in Houthi areas, and at least 12 deaths.

Reuters did not identify the sources in the report, but said there were four of them and that they had access to hospital information. The report said Houthi authorities had not reported numerous cases. Some of the sources said Houthi health authorities did not share test results with the World Health Organization for at least 50 patients with coronavirus symptoms at a hospital in Sanaa. Other sources said test results for at least 30 suspected coronavirus patients were likewise not shared at another hospital in Sanaa, according to Reuters.

The Guardian newspaper today reported that aid workers told it that "at least 70 cases have already been identified in rebel-controlled territory."

Civil war broke out in Yemen in 2015 between Houthi forces and the Saudi-backed government of President Abed Rabbo Mansour Hadi. The country has been unstable politically since the 2011 Arab Spring protests in the country.

The war has devastated Yemen, making the country susceptible to a deadly coronavirus outbreak. Food access is a particularly big problem there. Last week, the US pledged $225 million in emergency food aid to the country.

“Every day, millions of innocent Yemeni people wake up hungry,” a UN official working on Yemen told Al-Monitor at the time.

Regarding official cases, the Saudi-backed government reported its first confirmed coronavirus case in the central province of Marib today.