Secretary of State Mike Pompeo and pro-Israel lawmakers welcomed Germany’s decision this week to designate the entirety of Hezbollah, the Lebanese Shiite militia-cum-political party, as a terrorist organization. 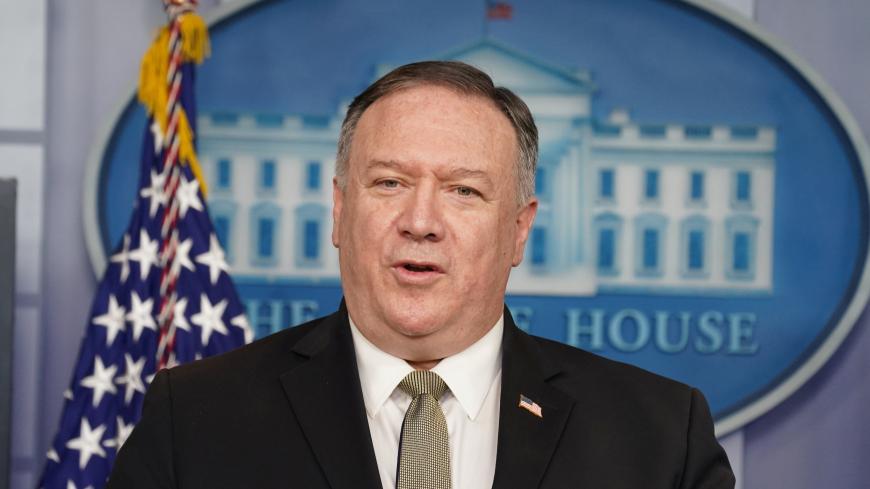 US Secretary of State Mike Pompeo addresses the daily coronavirus task force briefing at the White House in Washington, US, April 8, 2020. - REUTERS/Kevin Lamarque

Secretary of State Mike Pompeo and pro-Israel lawmakers welcomed Germany’s decision this week to designate the entirety of Hezbollah, the Lebanese Shiite militia-cum-political party, as a terrorist organization. Previously, Germany had followed Europe’s lead in drawing a distinction between Hezbollah’s political and paramilitary wings.

“We commend Germany for banning Hezbollah in its entirety as a terrorist organization and for taking strong action against suspected Hezbollah supporters,” Pompeo said in a statement Thursday. “With this action, Germany joins the growing ranks of nations that reject the false distinction between Hezbollah’s terrorist operations and a purported ‘political’ wing, including recent designations by Argentina, Colombia, Honduras, Kosovo, Paraguay and the United Kingdom.”

Why it matters: The United Kingdom designated all of Iran-backed Hezbollah as a terrorist group in January. The United States and Israel hope that Germany’s move this week will encourage the rest of Europe to follow suit. Hezbollah itself does not distinguish between its political and military wings.

“While I am pleased that Germany has joined the list of other countries that have publicly recognized and denounced the Hezbollah threat, I encourage the European Union as a whole to follow suit,” House Foreign Affairs Committee Chairman Eliot Engel said in a statement today. “There is no meaningful distinction between Hezbollah’s political and military wings, and they should not continue to be treated as such.”

What’s next: Hezbollah and its allies currently control the Lebanese government. And right now they’re struggling to cope with mass public unrest amid a currency crisis exacerbated by the COVID-19 crisis. Prime Minister Hassan Diab is trying to secure some $10 billion in loans from the International Monetary Fund to bolster the economy.