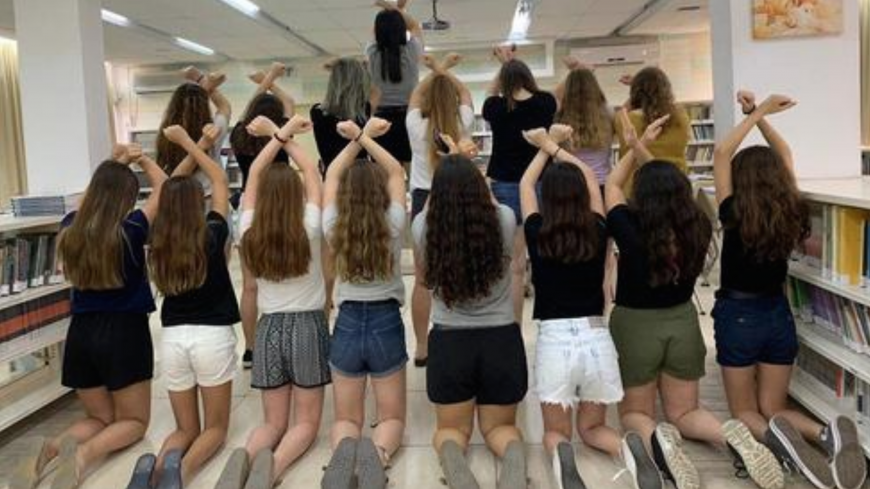 Israeli girls have been going to school this week wearing shorts, protesting several incidents where female students in shorts were banned from entering school premises. The protest spread also on social media, with numerous Facebook pages dedicated to the protest.

On May 17, the government reopened high schools, after weeks of closure over the coronavirus outbreak. The reopening coincided with one of the harshest heatwaves the country has ever known. Temperatures in central Israel reached 104 degrees Fahrenheit and more in some places. The Israel Meteorological Service issued May 16 a heatwave warning for the entire week, stating that high temperatures would affect the country during both day and night. A few bushfires broke out in the north of the country. And though many education institutions in Israel are equipped with air conditioners, schools were instructed to advise students to stay in the shade and drink lots of water.

Still, despite the sweltering heatwave, several girls at a school in the Tel Aviv suburb of Ra’anana were sent home for wearing shorts.

The decision to send the girls home sparked anger among students and parents, with female students claiming that boys can come to school in shorts. For them, this was a clear case of gender discrimination and even of religious principles imposed on the secular school system.

The rising anger encouraged many other girls to come to school wearing shorts, and groups of girls in shorts posted group photos on social media networks. On May 19, dozens of schoolgirls from the Hefer Valley Regional Council arrived to school wearing shorts in protest. The school management banned them from entering the campus. But by May 20, these short-wearing initiatives turned into a wave of protests that swept across the country, with shorts-sporting girls in high schools and middle schools demanding equality in dress code, especially during heatwaves. Girls in Kfar Saba, Modi’in, Lod and many other towns were wearing shorts to school.

The short rebellion was aggravated by another incident that occurred May 18, involving a 7-year-old girl in a school in Petah Tikva in central Israel. The second-grader arrived at school in a sleeveless dress. Shortly after her entering her class, a teacher demanded that she change her attire and gave her a T-shirt, but no pants. The frightened girl took off her dress staying in her underwear for the entire school day.