Netanyahu needs Trump on Syria, Iran, but he needs Putin, too

On the anniversary of the end of World War 2 and less than a week before the visit in Israel of Secretary of State Mike Pompeo, Prime Minister Benjamin Netanyahu spoke on the phone with Russian President Vladimir Putin. 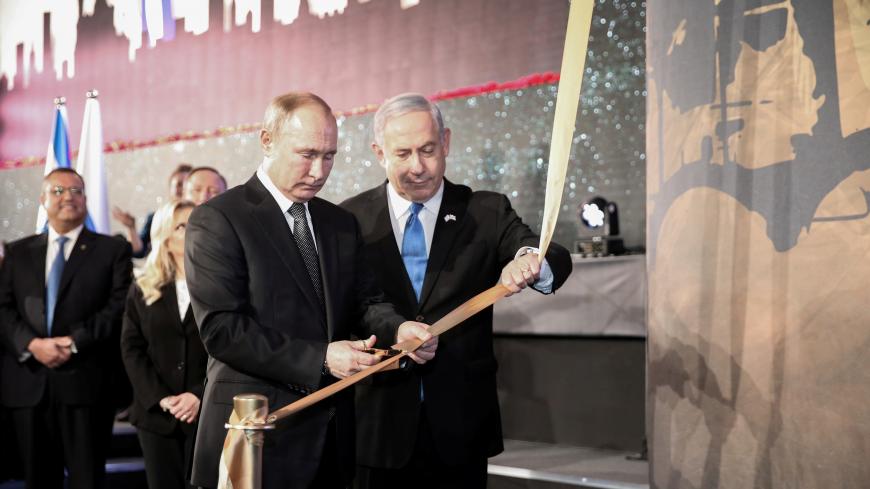 Prime Minister Benjamin Netanyahu called Russian President Vladimir Putin on May 8, ahead of the anniversary of the victory over Nazi Germany in World War II. According to the communiqué issued by the Kremlin, the two leaders discussed the COVID-19 pandemic and agreed on regular interaction and cooperation between the relevant Israeli and Russian agencies, including in research and development of a vaccine. They also discussed various aspects of recent developments in Syria.

The exchanges between Netanyahu and Putin on the occasion of WWII commemoration ceremonies have become routine in recent years. In 2018, Netanyahu was invited to watch the military parade in Moscow on that occasion, with his photo next to Putin making headlines in both countries. In January this year, the Russian president was invited to Israel for the ceremony commemorating 75 years since the liberation of Auschwitz despite protests by Polish President Andrzej Duda over Israel preferring the Russian narrative on WWII events. The Kremlin's May 8 communiqué came back to that issue, stating, "The two leaders emphasized the fundamental importance of preserving the truth about the events of the Second World War and counteracting attempts to revise its results and falsify history.’’

Throughout the last decade, Netanyahu has invested a great deal of effort in his relationship with Putin. Recognizing the central role played by Russia in the region, and especially in Syria, Netanyahu has stepped up phone calls and visits to Moscow in latest years. These efforts were not always successful, but they did enable Israel’s air force to carry out activities in the Lebanese and Syrian airspaces. Putin, for his part, offered Netanyahu a boost for his election campaign at the end of January by liberating Israeli national Naama Issachar, who was convicted in Moscow of drug offenses.

But this year's exchange between the two leaders carries another significance. US Secretary of State Mike Pompeo is expected in Israel May 13 to discuss with the new government's annexation plans as well as the Iranian threat and Iranian entrenchment in Syria. And though President Donald Trump is certainly Netanyahu’s most important diplomatic and strategic ally, the Israeli prime minister is careful to also keep Putin in the loop. On May 5, The Syrian state press accused Israel of yet another attack on Iranian-affiliated targets. With the Americans diminishing their presence in the region (in Syria, in the Sinai Peninsula and in Saudi Arabia), Netanyahu knows only too well that he also needs the goodwill of his Eastern ally.