Israel is in talks with Greece, Cyprus and a few other countries with low infection rates about creating travel corridors for resuming international flights. 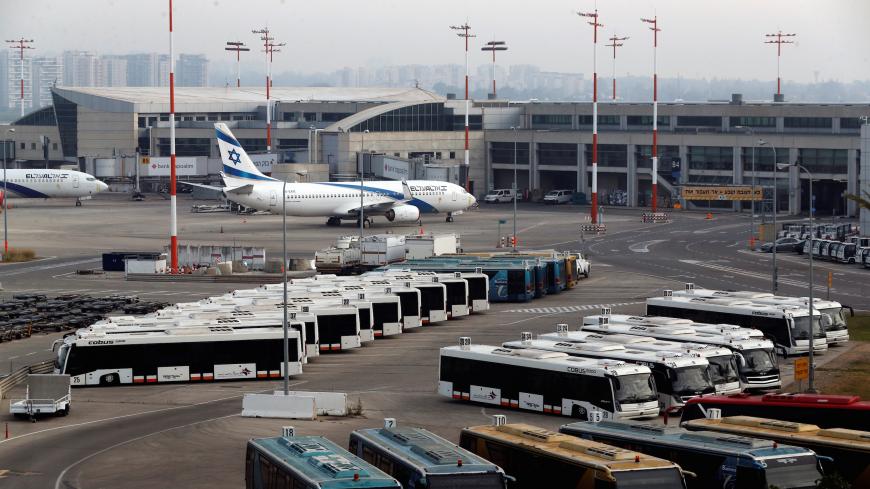 An El Al plane is seen on the tarmac as Israel's airport authority announced a pilot program revealing to resume air travel after weeks of bare-minimum flights due to the novel coronavirus outbreak at Ben Gurion International Airport, in Lod, near Tel Aviv, Israel, May 14, 2020. - REUTERS/Ronen Zvulun

Representatives of Israel and seven other countries met May 18 to discuss tourism in the time of pandemic and how to jump-start the tourism and aviation industries. They examined the possibilities of opening mutual borders safely. Like Israel, Australia, New Zealand, Singapore, Austria, the Czech Republic, Denmark and Greece have all started lifting coronavirus restrictions, after registering significant decreases in the number of people sick with the novel coronavirus. These countries are now puzzling out how to get their respective tourism industries back to their feet, which will require opening airports and enabling flights. Representing Israel at the discussion were senior officials from the Foreign Ministry as well as the those of tourism and health.

The idea is simple: these eight countries, which seem to have successfully thwarted the spread of the coronavirus, would now like to create a travel bubble. Nationals living inside the bubble could travel freely without self-quarantine requirements. The very large majority of tourists traveling to Israel arrive to the country by air, not by land, with just a few foreign tourists reaching Israel through Jordanian or Egyptian border crossings, so Israel is greatly interested in this initiative.

Still, creating a travel bubble that would include all the eight countries is probably not possible in the very near future. Instead, groups of two or three countries are likely to create small travel corridors as a start.

Israel is hoping to create such a corridor with Greece and with Cyprus to begin with. Georgia, Montenegro and Seychelles could also be included. Israel is also interested in resuming flights to and from Austria, but specific talks with Vienna have not yet been initiated. A small-scale pilot project with Greece and Cyprus could come in June or in July. Several options are being considered, one of them for travelers to be checked for the coronavirus before departure as a visa condition.

Several airlines have already announced flights to Israel will resume at the end of May or in June. Delta Airlines announced May 19 it expects to restart flights between New York and Tel Aviv in June on a "less than daily" basis. Israir and El Al will be operating sporadic flights at the end of May and throughout June to Berlin, Moscow, London, New York and some other destinations, a far cry from reopening regular flight routes. El Al is currently negotiating with the government on a bailout plan to prevent the company’s collapse.

The Israeli government has yet to change its ban on non-Israeli visitors and forcing returning national to self-quarantine for a period of 14 days. Still, the tourism sector is optimistic. Israel’s beach season, which had been delayed from April 1, will open on May 20, with 136 beaches opening up across the country under constant inspections by the Health Ministry. It's a first and important step in enticing foreign tourists back to the Holy Land.