As the number of Egypt's COVID-19 cases rise to 150, Cairo says that all flights will be suspended for nearly two weeks and that tourism sites will be thoroughly sanitized. 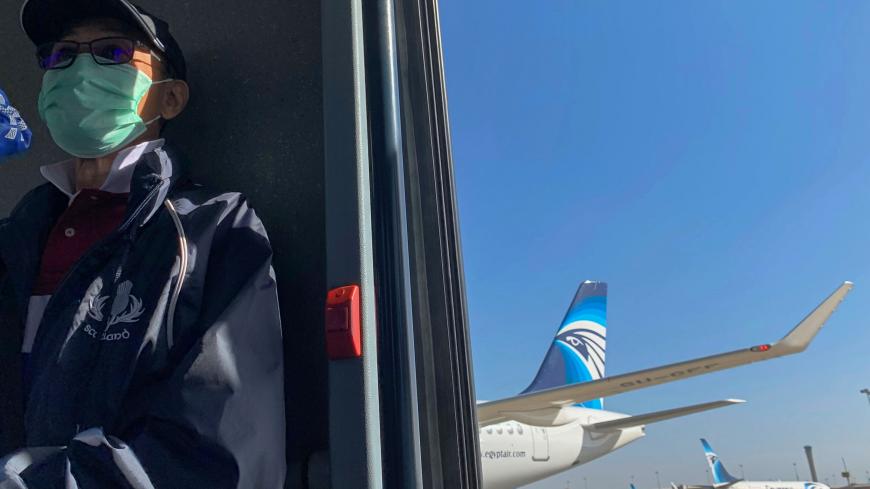 In an effort to control the spread of the coronavirus, Egypt is suspending all flights into and out of the country's airports beginning at noon Thursday, Prime Minister Mostafa Madbouly said today.

The flight shutdown will last through March 31 and during that time Egypt will sanitize hotels and tourist attractions. Egypt’s economy relies heavily on foreign tourism, and in February alone hosted more than 900,000 tourists.

Losses in the tourism and aviation sectors during this period could exceed 2.25 billion Egyptian pounds ($143 million), Madbouly said.

"The decisions taken by the government to fight the virus have economic repercussions, but the state’s priority is to protect citizens," Madbouly said in a televised news conference.

The populous North African country has recorded 150 cases of COVID-19, of which 26 have recovered, Information Minister Osama Haikal said today. Three people in Egypt have died from the disease.

Madbouly also announced that the country will temporarily reduce its number of public sector employees working in government facilities. On Sunday, Egypt announced schools and universities would be closed for two weeks. The government previously issued a nationwide decree banning large gatherings.

A growing number of countries in the region are imposing their own travel restrictions to fight the spread of the coronavirus. Jordan and Saudi Arabia have halted all international passenger flights, and Israel is requiring that new arrivals self-quarantine for 14 days.