Congress is zeroing in on final passage of a 2-year-old military aid bill for Israel. 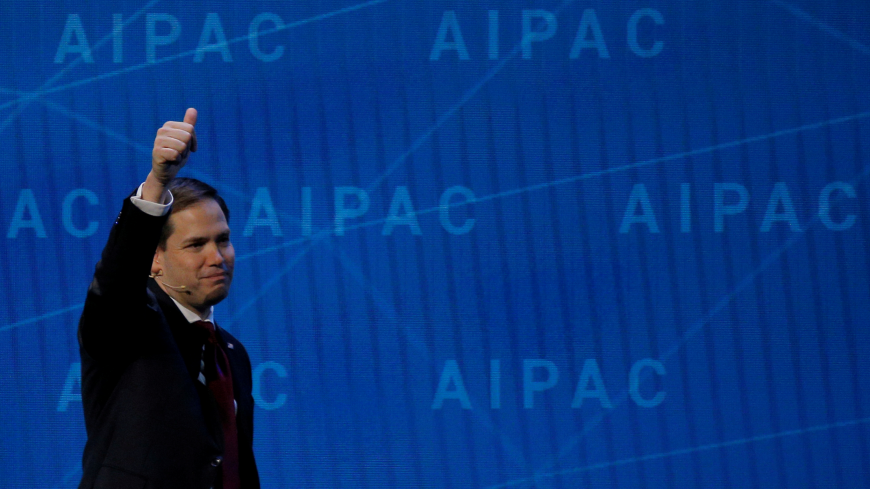 Florida Sen. Marco Rubio gives a thumbs up after being interviewed at the AIPAC policy conference in Washington, March 6, 2018. - REUTERS/Brian Snyder

Why it matters: The bill is a key priority for the American Israel Public Affairs Committee (AIPAC), which welcomed the Senate's action.

The bill also expedites the transfer of US precision guided missiles to Israel. Additionally, it extends Washington’s war reserve stockpile for Israel for five years.

But critics of the bill argue that it sets the groundwork for Congress to appropriate even more military aid to Israel in future years, going well beyond the annual $3.8 billion laid in the Obama-era agreement.

The memorandum of understanding “was based on the understanding that the level of aid it established was a ceiling, not a floor; the bills seek to legislate the opposite,” said Lara Friedman, the president of the Foundation for Middle East Peace.

What’s next: Thursday’s committee vote paves the way for a full vote on the Senate floor, followed by a House vote. Not a single House lawmaker objected when the lower chamber passed a more expansive version of the bill last year by voice vote.