Abadan, a city in Iran's Khuzestan province, has been ordered to shut down after people did not practice social distancing and coronavirus cases increased, according to Iranian media. 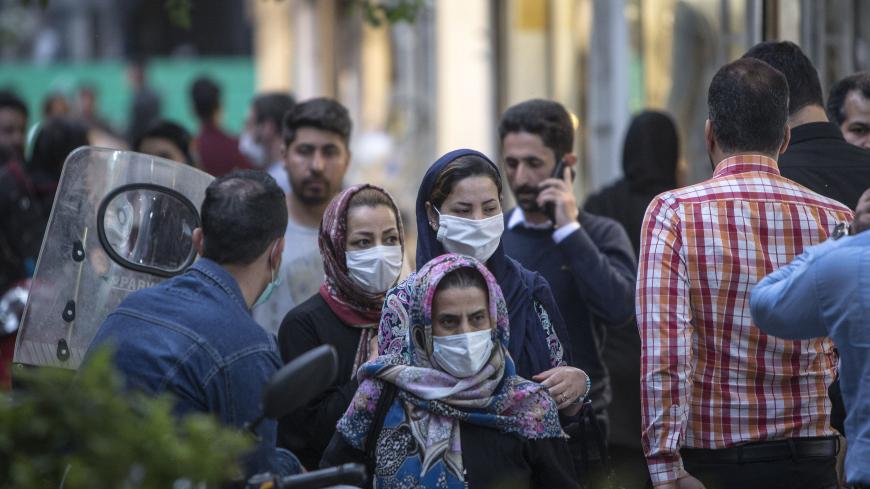 On May 11, Iran announced that banks and offices in Abadan in the country's southwest will go on lockdown following a spike in cases. Here, people wearing face masks walk on a street in downtown Tehran, Iran, on April 29, 2020. - Xinhua/Ahmad Halabisaz via Getty Images

A part of southwestern Iran has gone under lockdown due a large jump in confirmed coronavirus cases.

Banks and offices will be closed for a week in Abadan, Reuters reported, citing Iran's Tasnim News Agency.

Abadan is in the southwestern corner of Iran in oil-rich Khuzestan province. The governor said people were not observing social distancing in the city and county of Abadan, causing a big increase in the province’s total COVID-19 cases.

“Because of this, the number of coronavirus patients in the province has tripled and the hospitalization of patients has risen by 60%,” said Gholamreza Shariati, according to Reuters.

Entry and exit points into Abadan will be restricted. Nine other counties in the province will also be subject to office closures and travel restrictions, according to the report.

Iran began a countrywide lockdown in March to curb the spread of COVID-19, and Iran had one of the highest number of cases in the world at the time. Last month, Iran began easing restrictions on work, socializing and movement in areas with lower rates of infection. The restrictions had further weakened an Iranian economy already reeling from US sanctions and corruption.

Abadan is in one of the areas in Iran where the virus is still strong. Khuzestan province is currently at “the peak of the disease,” according to Iran's Mehr News Agency.

Iran has had a total of 109,286 confirmed coronavirus cases, according to Tasnim.