Iranian officials warn that a resurgence of the novel coronavirus is gripping nearly half of the country as the number of infections climb once again. 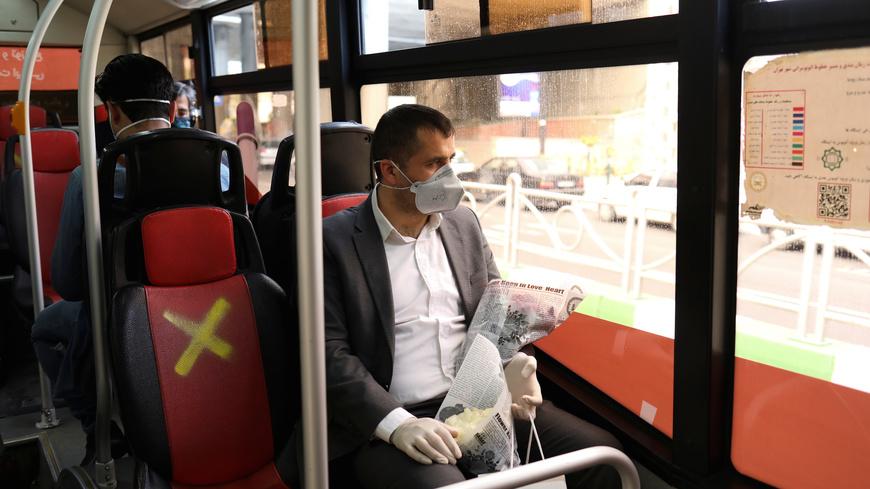 A man wears a protective face mask as he sits in a bus after shopping malls and bazaars reopened in Tehran, Iran, April 20, 2020. - WANA (West Asia News Agency)/Ali Khara via REUTERS

A report released by Iran’s Health Ministry says 15 out of the country’s 31 provinces are experiencing a resurgence of the novel coronavirus pandemic, despite a flattened curve after more than two months of containment efforts.

While the capital Tehran appeared to have begun a downward trend in cases, several popular tourism areas including Isfahan, Gilan and the pilgrimage city of Qom — the epicenter of the outbreak — are now facing another wave of infection.

The impoverished southern province of Hormozgan is also on the list. The growth in infections despite 36-degree temperatures (97 Fahrenheit) in Hormozgan once again dashed hopes that hot weather may subdue the virus. One Health Ministry test conducted in a Hormozgan seafood market alone identified over 100 cases of people who exhibited no obvious symptoms.

The resurgence has also slammed the oil-rich province of Khuzestan in the past 10 days, with Governor Gholam-Reza Shariati blaming the situation on the “public’s disregard” for social distancing measures. If the current trend holds, Shariati warned, the earlier restrictions will have to return in force.

Starting April 11, Iran introduced a phased relaxation of the strict containment measures, lifting travel bans and restoring much of the economy to pre-pandemic activity. The government also allowed religious gatherings to resume in mosques across 132 cities and Friday prayers in many more after mounting pressure from the conservative clergy, who argue that a continued closure on religious sites will deal an irreparable spiritual blow to the Iranian theocracy.

Nonetheless, Deputy Health Minister Iraj Harirchi warned that even in those areas, designated as “COVID-19 white spots,” the resumption of collective religious activities by no means indicates “the situation is back to normal,” and that social distancing will have to drag on until the world finds a vaccine.

Questions surrounding how much longer those precautions will have to be observed remain an open debate in Iran, with some officials accused of serving as inappropriate examples by ignoring the measures before the public eye. Video from a May 5 parliament meeting broadcast on state TV showed speaker Ali Larijani — a coronavirus survivor himself — urging lawmakers to maintain the recommended distance from each other.

For several days in a row, Iran had registered double-digit mortality figures. But as of May 5, the total number of infected neared 100,000.

Iran's flattened curve remains fragile, some experts have noted with serious concern about the return to normalcy. Iranian health officials sounded the alarm last month that it is only a matter of time before second and third waves of infection, a situation that would reimpose massive burdens on Iran's already overstretched first responders and sanctions-hit medical infrastructure.

by Murielle KASPRZAK and Joseph SCHMID | AFP | May 26, 2022
END_OF_DOCUMENT_TOKEN_TO_BE_REPLACED