Intel: US to withdraw Patriot missile systems from Saudi Arabia

The Pentagon is set to pull Patriot missile defense systems from Saudi Arabia amid internal pressure to transfer military assets to counter China. 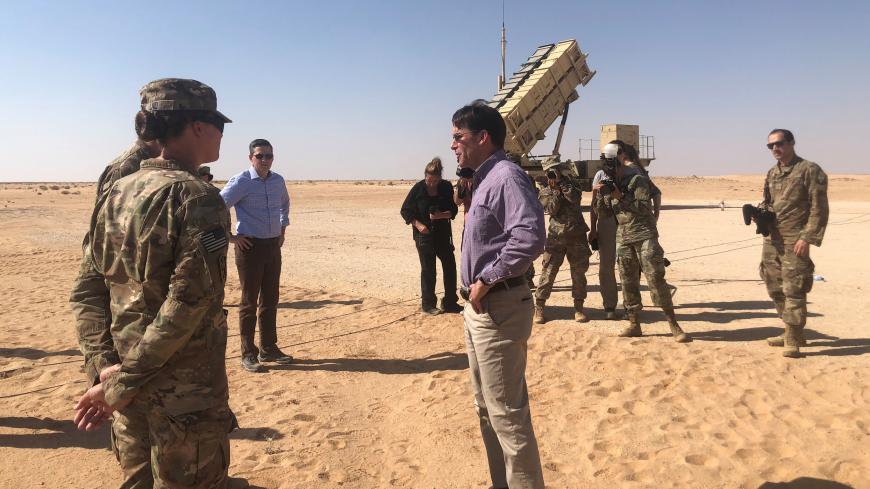 US Defense Secretary Mark Esper speaks with US troops in front of a Patriot missile battery at Prince Sultan Air Base in Saudi Arabia, Oct. 22, 2019. - REUTERS/Idrees Ali

Why it matters:  The United States has a total of four Patriot batteries in Saudi Arabia, largely in response to a cruise missile and drone attack on the Abqaiq and Khurays oil refineries in September 2019, which the United States accused Iran of carrying out. Washington also sent F-22 fighters and B-52 bombers, as well as thousands of military personnel and a second aircraft carrier to the region in order to deter further Iranian attacks. CENTCOM commander Gen. Kenneth McKenzie told Congress in March that killing the Islamic Revolutionary Guard Corps' Quds Force commander Qasem Soleimani in Baghdad had “reestablished a rough form of deterrence … at the level of state-on-state attacks” by Iran. But Iran-linked militias in Iraq continued to launch rocket strikes on US positions in Iraq — one of the reasons the United States decided to consolidate its troops at larger bases and introduce missile defense systems to Iraq.

What’s next:  The Donald Trump administration is working to roll back the expansion of Iran’s military influence in the region but at the same time is increasingly concerned with countering a rising China, and the Defense Department simply does not have enough resources to go around. Defense Secretary Mark Esper has repeatedly emphasized China’s activities in the South China Sea in recent weeks. Esper said Tuesday he is still reviewing force posture around the world, but there is no sign of a let-up in the Trump administration's economic war against Iran’s government.

Know more:  Adnan Abu Zeed takes a look ahead to strategic dialogue planned for June between Baghdad and Washington over the future of US military presence in Iraq.