Intel: How Turkey’s expulsion from F-35 program has hampered production

A report by the US Government Accountability Office said Turkey’s expulsion from the F-35 program has complicated the Joint Strike Fighter’s already troubled production chain. 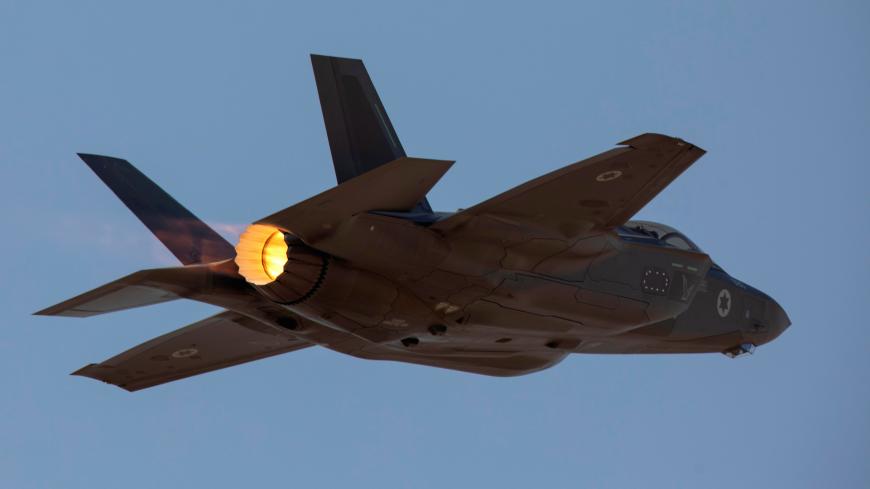 An Israeli F-35 aircraft is seen in mid-flight during "Blue Flag," an aerial exercise hosted by Israel with the participation of foreign air force crews, at Ovda military air base, southern Israel, Nov. 11, 2019. - REUTERS/Amir Cohen

A report by the US Government Accountability Office said Turkey’s expulsion from the F-35 program has complicated the Joint Strike Fighter’s already troubled production chain.

The program has already found new suppliers for most of the 1,005 individual F-35 parts produced by Turkish manufacturers, the report said, but 15 "key parts" are not yet being turned out at the rate demanded by deadlines, compounding already troublesome supply, quality and cost shortfalls of the $428 billion F-35 project. According to the report, some 10% of the manufacturers selected to replace Turkish suppliers “will not be producing at the required rate until next year.” The GAO further concluded that allowing Turkish manufacturers to continue to produce some parts will help the project meet demands until new suppliers can get up to speed.

Why it Matters: The United States formally expelled Turkey from the F-35 production program in July 2019 after the NATO member purchased Russia’s S-400 missile defense system. The Pentagon has warned the S-400 system will gather data on the F-35’s capabilities and weaknesses, giving the Kremlin an easy window into advanced US military technology.

Turkey’s expulsion cost the program roughly half a billion dollars, according to the Pentagon. It also came at a low point in relations between the two NATO allies, as Ankara grew increasingly frustrated with Washington’s support for Kurdish militants in the war against the Islamic State in northeast Syria.

What’s Next: The Trump administration has not ruled out allowing Ankara to return to the F-35 program in the future should Ankara eschew the S-400, but there is so far no clear sign that the Turkish government is willing to back down. The United States has dangled everything from increased aid for Turkey’s efforts in Syria — where Turkish troops are embattled alongside opposition fighters in Idlib province — to Patriot missile defense systems, President Recep Tayyip Erdogan has said.

The Trump administration continues to threaten to sanction Turkey’s government if the S-400 is activated. Senior Turkish officials have publicly rebuffed these efforts.

Know more: Metin Gurcan takes a microscope to likely reasons why Turkey has not yet activated its new S-400 systems.