The Pentagon will continue to accept Turkish-made parts for Lockheed Martin’s F-35 Joint Strike Fighter through 2022, despite the United States’ vow to kick Ankara off the program by this year. 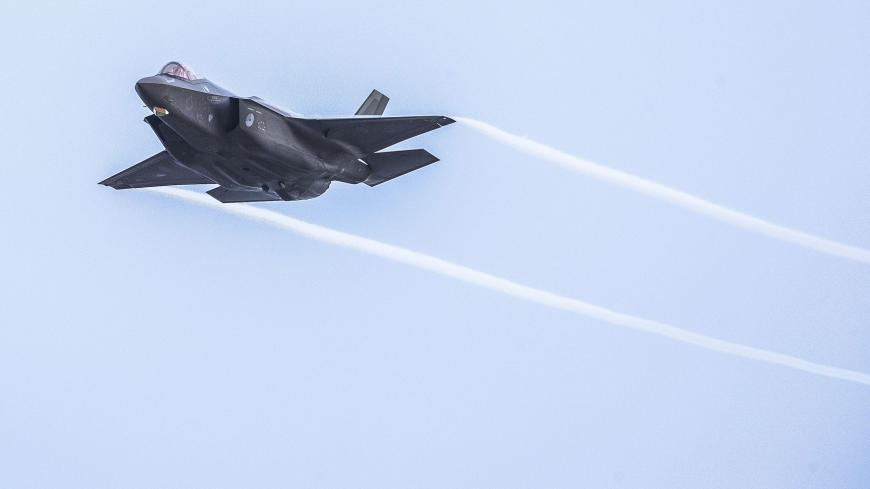 An F-35 military aircraft of the Royal Netherlands Air Force trains on targets at the NATO training location at the Vliehors Range on Vlieland. - VINCENT JANNINK/ANP/AFP via Getty Images

The Pentagon will continue to accept Turkish-made parts for Lockheed Martin’s F-35 Joint Strike Fighter through 2022, despite the United States’ vow to kick Ankara off the program by this year.

A Defense Department spokesman told Bloomberg that a decision was made last year to allow Turkish defense manufacturers to fulfill current contracts in order to “avoid costly, disruptive and wasteful contract terminations.”

Why it Matters:  The decision may help maintain the F-35’s already troubled production chain. Turkish firms are contracted through 2022 to manufacture more than 900 parts for the program, with 400 manufactured exclusively by Turkish suppliers.

A US government watchdog office reported last month that manufacturing shortages for the F-35 program “increased significantly” in 2019 and that Turkey’s expulsion from the production chain would likely worsen matters. The Pentagon said alternative suppliers have been identified to fill the role of Turkish manufacturers by the time the current contracts expire.

The row over the S-400 and the F-35 came amid the lowest point in Turkey-US relations in decades. The United States has said the S-400’s radar system will be able to gather data on the F-35’s capabilities, providing the Kremlin with valuable intelligence on the fifth-generation fighter.

Turkey originally ordered 100 F-35A's, placing it among the Joint Strike Fighter’s biggest buyers along with other US allies Australia, Japan and the United Kingdom. Turkey unveiled its first F-35 delivery in 2018, but the United States said other completed aircraft would not be delivered.

What’s Next:  The S-400 dispute remains at an impasse for now, but there are signs of potential paths forward. The Turkish government said in April it had temporarily postponed activation of the missile defense system, citing the coronavirus pandemic. US Senator John Thune (R-SD) has proposed an amendment to the 2021 National Defense Authorization Act that (NDAA) would allow the United States to purchase Turkey’s S-400. If the proposal makes it into the NDAA, it could provide both sides an off-ramp from the dispute.

Know More:  Diego Cupolo looks at whether US threats to sanction Turkey if it activates the S-400 played into Ankara’s decision to postpone the move, and Amberin Zaman shows how Ankara’s shipment of COVID-19 protective equipment to the United States was a small step toward recovering Turkey’s reputation in Washington.