An interconnection power line between Egypt and Saudi Arabia is expected to generate important economic benefits for Egypt and boost its aspiration to become a regional energy hub. 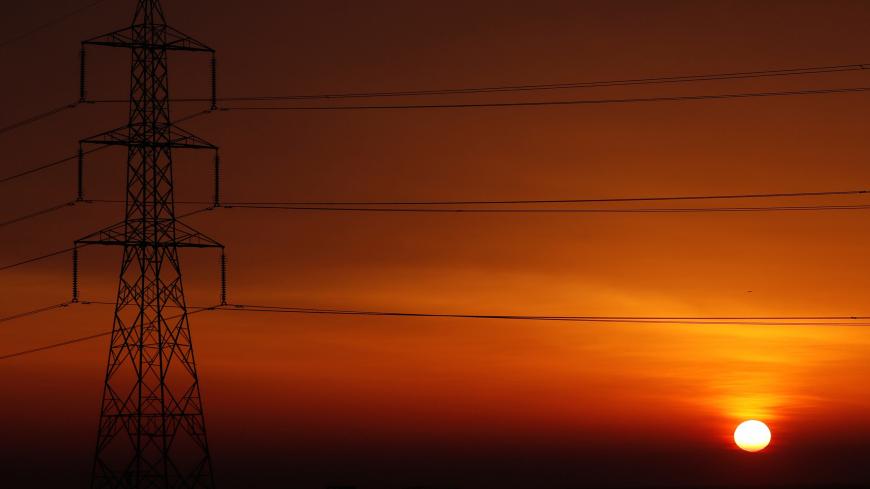 The sun is seen behind high-voltage power lines and electricity pylons at a highway northeast of Cairo, Egypt, March 13, 2019. - REUTERS/Amr Abdallah Dalsh

Sabah Mashaly, chairman of the Egyptian Electricity Transmission Company (EETC), told Al-Monitor over the phone that the electricity interconnection project between Egypt and Saudi Arabia will be launched in mid-June.

She explained that the project cost is estimated at about $1.6 billion. The Saudi side bears $1 billion and Egypt will finance the rest, as each country bears the value of the work done on its lands. The project aims to exchange 3,000 megawatt (MW) of electric power daily at peak times, she said.

Mashaly noted that the implementation of the project will begin in June after contracts are signed with the companies that win the bids for the construction of the infrastructure to enable electricity interconnection between Egypt and Saudi Arabia.

In 2013, Egypt and Saudi Arabia signed a cooperation agreement to establish the electricity interconnection project between the two countries, but the project was repeatedly postponed, most recently because the connection lines overlapped with those of the Saudi NEOM project.

The new route for the electrical interconnection project with Saudi Arabia has been set, after modifying the main route for the NEOM project.

Egypt has been seeking in recent years to increase its exports of power energy and meet the needs of neighboring countries, since it has a surplus of about 20,000 MW. By doing so, Egypt also seeks to increase its national income and become an attractive market for future energy investment, which offsets the costs that have been spent on those projects and then achieves net revenue.

Egypt’s parliamentary Committee for Energy and Environment, chaired by Talaat al-Sewedi, welcomed the establishment of a joint Arab electricity market between Egypt and Saudi Arabia, stressing that it is a serious step toward economic cooperation.

“The project consists of three stages. The first includes the building of two alternating current transformer stations, with 500 kilovolt in Badr city, and a station to connect the antenna to the sea cable in the city of Nabq in Egyptian territory. The project’s first phase is expected to be completed by 2023 with a capacity of 1,500 MW, gradually increasing in order to reach 3,000 MW,” Sewedi noted, without adding more details on the other two phases.

Amr Mohsen, energy expert and chairman of Lotus Solar Technologies, told Al-Monitor that the interconnection project between Egypt and Saudi Arabia has many promising factors, explaining that the idea of exchanging electricity between the two countries is based on the varying demands in the respective countries; in Saudi Arabia, the demand for electricity is at its full peak before sunset, while the demand peaks after sunset in Egypt, which leads to a suitable environment for energy exchange, Mohsen said.

According to Al-Borsa News, an Egyptian economic website, the EETC invited in February seven companies to participate in the tender to build the electrical interconnection with Saudi Arabia, noting that the tender was raised and offers were received from companies and then canceled due to the lines’ route and the cable landing point to implement the NEOM project in Saudi Arabia. But technical and financial offers from companies are expected to be received in one envelope within two months at the latest.

According Al-Borsa News, the list of companies that have been invited are the same as those that participated in the previous tender, namely Elsewedy Electric, State Grid Corporation of China, Kalpataru, Hyundai, NCC, L&T and KEC.

Adel Bishara, an expert in renewable energy, energy planning and rationalization, told Al-Monitor that any electrical interconnection between the two countries aims to reduce loads and provide energy continuously, noting that the maximum load in Egypt for electricity is during the night due to the use of household appliances, while Saudi Arabia reaches its maximum load in the morning as citizens use air conditioners to escape the heat. And since the maximum load between the two countries falls at different times, an interconnection can be made, he added.

Speaking about the benefits for both Egypt and Saudi Arabia on this interconnection line, Bishara said, “First, it will be through the exchange of energy at different times, during the so-called peak time; second, through the establishment of an electricity reserve to get it at a cheaper cost than building new plants.”

He noted that this project will achieve a surplus of electrical energy for Egypt, and then this surplus will be exported and foreign currencies will be obtained, in addition to providing job opportunities for technicians, engineers and workers.

On March 3, Egyptian Minister of Electricity and Renewable Energy Mohamed Shaker gave a speech at the launch of a workshop titled, “Developing services and service centers in the electricity sector under Egypt's vision 2030,” during which he cited a 2020 report indicating that Egypt has improved its ranking in the index of obtaining electricity from the 145th place in 2015 to the 77th place, thus advancing 68 places within five years.

The government-affiliated Information and Decision Support Center published April 8 an infographic highlighting the production of electricity in Egypt, which will be leading the scene in the Middle East during the next nine years.

The infographic showed that Egypt will turn into a regional hub for energy export with many countries of the world, as Egypt's production of electricity in 2020 will increase to 231.5 billion kilowatt per hour, and in 2023 it will rise to 265 billion KW per hour. 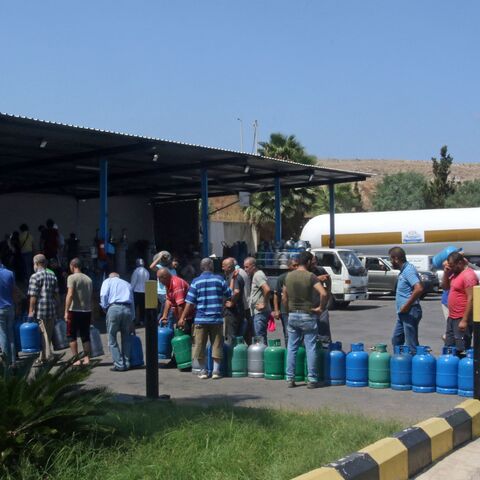