Nineteen Senate Democrats warned Prime Minister Benjamin Netanyahu and his coalition partner Benny Gantz against Israeli plans to annex settlements in the West Bank and the entire Jordan Valley in a letter Thursday. 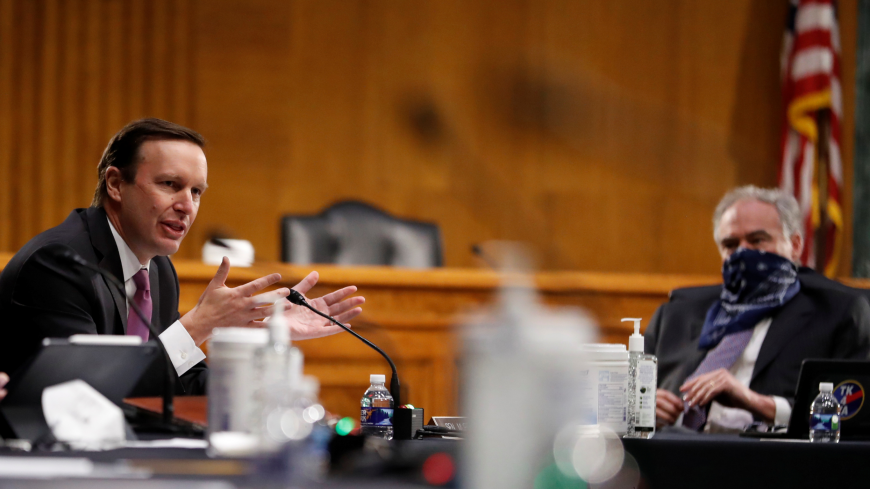 Nineteen Senate Democrats warned Prime Minister Benjamin Netanyahu and his coalition partner Benny Gantz against Israeli plans to annex settlements in the West Bank and the entire Jordan Valley in a letter Thursday.

The letter — spearheaded by Sens. Chris Murphy of Connecticut, Tim Kaine of Virginia and Chris Van Hollen of Maryland — warns Netanyahu and Gantz that “unilateral annexation will be met with deep concern from our mutual allies and partners, including Jordan and Egypt, and nearly universally viewed as a violation of international law.”

“The formalization of a fragmented and disconnected array of Palestinian islets surrounded by Israeli territory would be rejected by the international community as both unequal and undemocratic,” the senators wrote. “And most concerning, a unilateral annexation outside of a negotiated agreement would likely erode the strong support among the American people for the special relationship and diplomatic partnership with the United States that Israel currently enjoys.”

The letter was a key priority for the left-leaning lobby group J Street, which opposes annexation.

Sen. Dianne Feinstein, D-Calif., sent her own letter with a similar warning to Netanyahu last week.

Why it matters: The stark warning from congressional Democrats comes as Israel’s ambassador to the United States, Ron Dermer, reportedly lobbies the Donald Trump administration to give Netanyahu the green light for annexation before November in case Democrats take back the White House. The presumptive Democratic presidential nominee, Joe Biden, warned Jewish Democratic donors earlier this week that annexation would “choke off any hope of peace,” according to remarks obtained by Al-Monitor.

What’s next: While Trump’s peace plan lays the groundwork for annexation, the United States appears to have cooled on Netanyahu’s July timetable amid opposition from Jordan and ambivalence among the prime minister’s new Blue and White coalition partners.

Know more: Ben Caspit will interview former Israeli Prime Minister Ehud Olmert for his new podcast, “On Israel,” on Monday. In the meantime, read his story outlining the challenges that Defense Minister Benny Gantz faces before he takes over as prime minister next year under his power-sharing deal with Netanyahu.